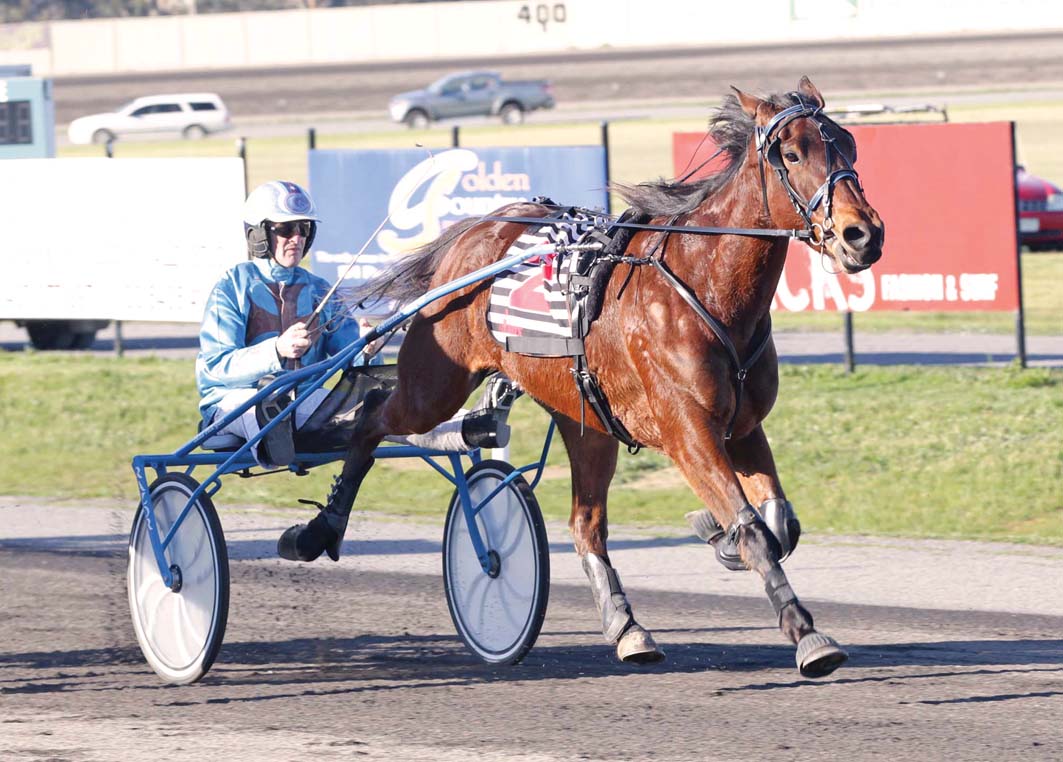 He’s a Law unto himself, this Maori

TWO of Victoria’s most talented trotters sealed their spots in next weekend’s TAB Inter Dominion Trotting Championship with dominant displays in tonight’s heat five, the first of two for the square-gaiters at Newcastle.

Taken straight to the front by leading reinsman Greg Sugars, Maori Law led all the way over the 2030m journey to beat a gallant Pink Galahs, with Sydney’s talented Caligula an eye-catching third after racing just off the speed.

“It’s been fantastic watching the racing tonight and that was probably a bit easier than we expected,” said Sugars after getting Maori Law home for co-trainers Emmett and Richard Brosnan.

“Yes, that was pretty cruisy really.

“He did that quite comfortably and I’m really pleased with the way he put them away tonight.

“I’m so happy to win this heat for Emmett and Richard as Richard won a Grand Final with No Response and is one of the legends of our sport.”

Sugars had no hesitation in declaring that Maori Law was in the final up to his ears.

“Each run in this series he has felt a bit sharper and he has tightened right up and we’re looking forward to next week,” he said.

“I have no doubt he can be a serious contender next weekend and I think the longer trip will really suit him – for sure.”

Unluckiest runner in the field was undoubtedly David and Josh Aiken’s Aldebaran Crescent, who galloped just a few yards from the line and found himself relegated from just behind the placegetters to probably missing a spot in the final.

Team McCarthy blotted their copybook when Humble Ladd galloped just after the starter said ‘go’ and also failed to seal a spot in the final.

Preview: Launceston August 13
Do yourself a favour and back debutante
Sisters doing it for themselves
Lucas on the right track . . . and loving it
About author