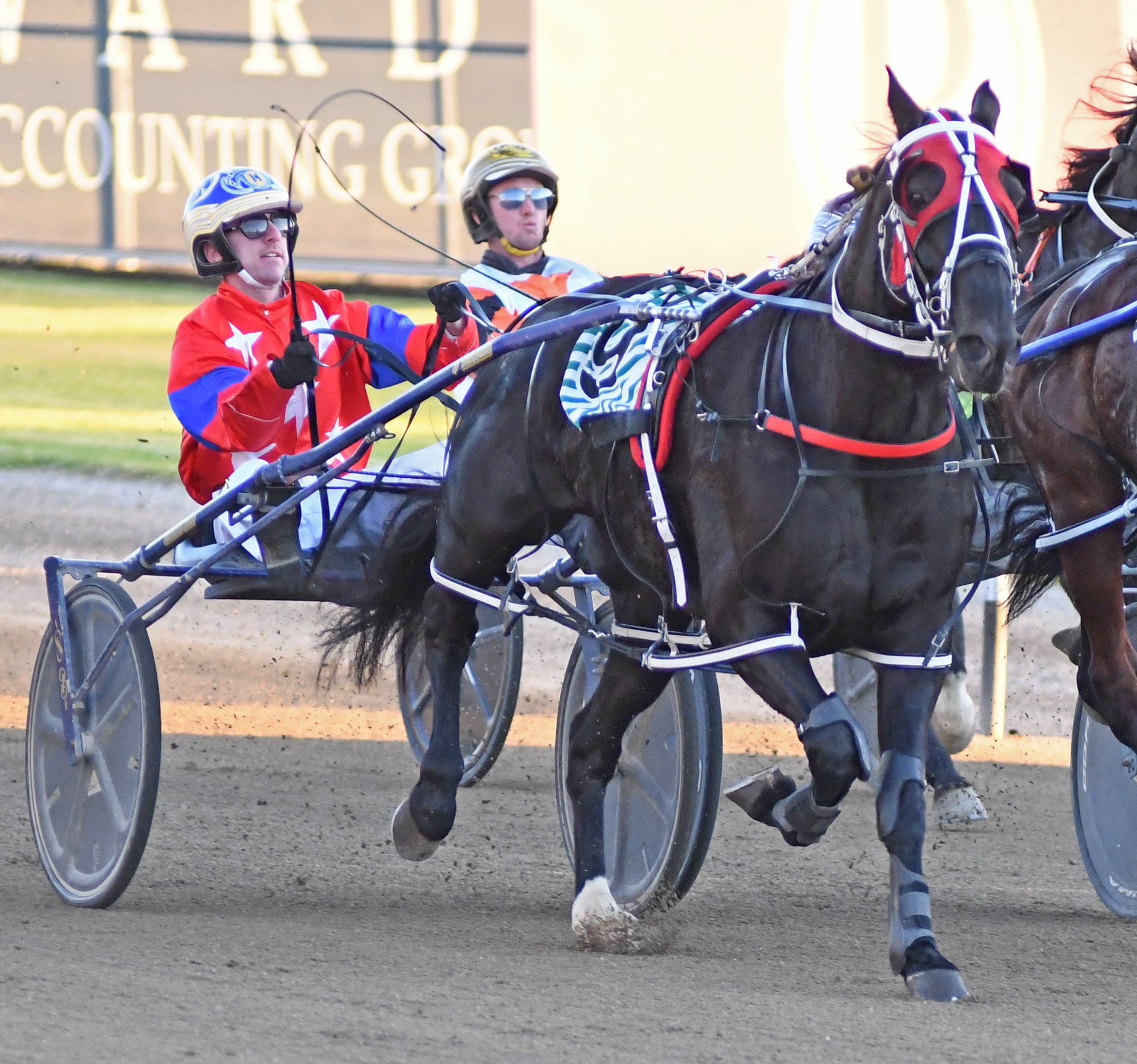 CLOSING IN ON A CENTURY: Cameron Hart in action

Cameron Hart22 Jarrod Alchin12
SUCH is the form of young former Riverina reinsman Cameron Hart that he might crack the magical century mark of winners sometime this week....

SUCH is the form of young former Riverina reinsman Cameron Hart that he might crack the magical century mark of winners sometime this week.

With 91 winners already under his belt, Hart heads for Menangle today with an impressive book of drives, including at least four favourites on the nine-race program.

Yet possibly the shortest of his eight drives hasn’t even had an official race start yet.

The Jarrod Alchin-trained Heston Zoolander (Race 4) has the breeding to be something special and has looked the part with three impressive Menangle trial wins in the past month to prepare this son of American stallion Heston Blue Chip for his racetrack debut.

Hart was aboard the three-year-old gelding when he beat the seasoned pacer Cowboys N Indians by more than 13 metres at his most recent trial at the south-western Sydney Paceway last week and was looking forward to renewing what is turning into a successful partnership with Alchin.

Heston Zoolander wasn’t bustled out of the mobile and settled in fourth spot along the pegs in the seven-horse trial before Hart eased him to the outside as they turned for home and, from there, he quickly rounded up his rivals and roared away for the easiest of wins in a 1:56.6-mile rate.

Hart will also team up with Alchin with the unbeaten Our Ultimate Lizzy in Race 3.

A first-up winner for the stable last week, Our Ultimate Lizzy has been listed as a $2.50 equal favourite with Smaltese (Brian Portelli) and probably only has to repeat her effort in scoring an 8.4m win in 1:54.3 last week to again be the one to beat.

“She surprised me a little bit at her first start. Her sectionals were unbelievable,” said Alchin.

“Still, I always thought she had a bit of above-average ability.

“But Cam said she was cruising and never left the bit last week.

“She only does what she has to in trackwork and seems to switch on when its race day.

“This will be a tougher task today and racing against the boys will give us a strong indication of where she’s at.”

Alchin said he also had plenty of time for the unraced Heston Zoolander.

“It has taken us a while to get him right,” said Alchin.

“He’s been a bit of a headache, but his trial last week was good and I expect him to go well.”

Back-to-back doubles for NSW young ‘gun̵...
Cameron on fire at ‘Crunch Time’ in Br...
Alchin chasing a Golden Guitar Trifecta
Another treble on the cards
About author