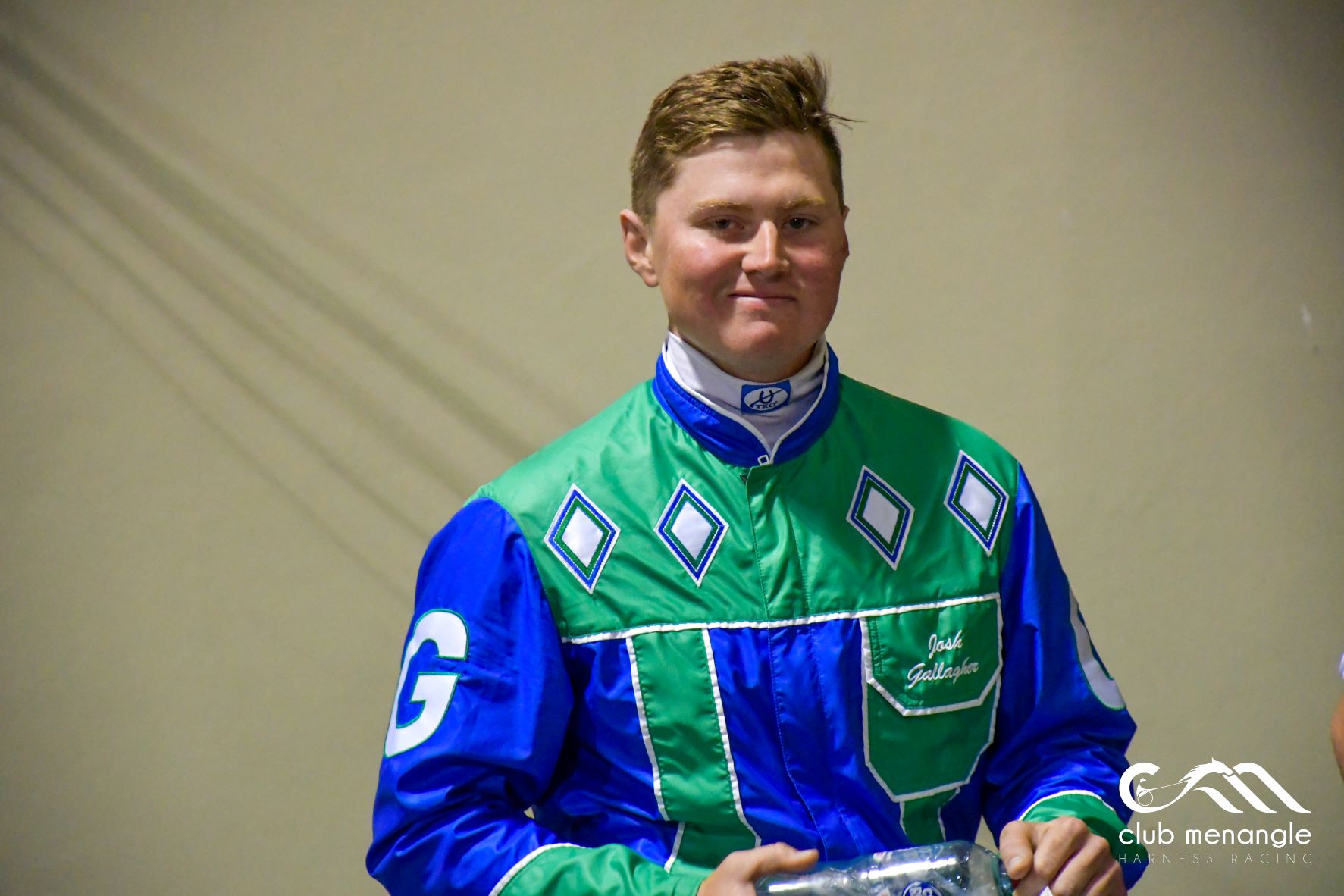 Boncel Benjamin2 Josh Gallagher16 Steve Duffy1
SOME of the ‘form’ experts will tell you the best talent in the stables of KerryAnn and Robbie Morris is neither a pacer or...

SOME of the ‘form’ experts will tell you the best talent in the stables of KerryAnn and Robbie Morris is neither a pacer or a trotter.

“He’s gone from being a good free-for-aller to become a Group One horse since we sent him to Jason Grimson,” said part-owner of the six-year-old gelding Steve Duffy.

“This horse hardly did any racing until he was five or six because of tendon problems.

“I sent him up to Jason on the advice of top trainer David Aiken.”

Grimson and Gallagher did the rest with one of the most amazing wins in the race’s long history – and the first time a protest had been upheld in an Inter Dom Grand Final.

“We were down on the grass about 30m from the finishing line and we were jumping around and over the moon just because we had run second,” said Duffy.

“My phone started ringing straight away and one of them was my son, who was ringing to tell me to look at the video of the finish.

“Then I heard Jason had already spoken with stewards and asked could he have a look at the film of the race.”

Duffy said he stood outside the stewards’ room, listening to what was happening in the room as the protest unfolded.

“We had no vision until a couple came over with a phone and showed us what was happening and only then we realized that we did have some chance of getting the race,” said Duffy.

“It was a sensational feeling and Julie and I were just so excited.”

Duffy drove home to Victoria on Sunday with the Inter Dom trophy in hand and stopped by his late father’s grave to show him the trophy a horse that had been named after his father had won at Menangle.

Meanwhile the Morris stable heads to Menangle today with several serious chances including some of the stable’s big team of square-gaiters.

The stable also has Queen Of Strathfield, Don’t Touch This and one of the stable’s latest acquisitions Majestic Hurricane, the $1.75 favourite in Race 2.

Robbie’s also aboard Imperials Reason, the $2.25 favourite in Race 3, the first of the pacing events.