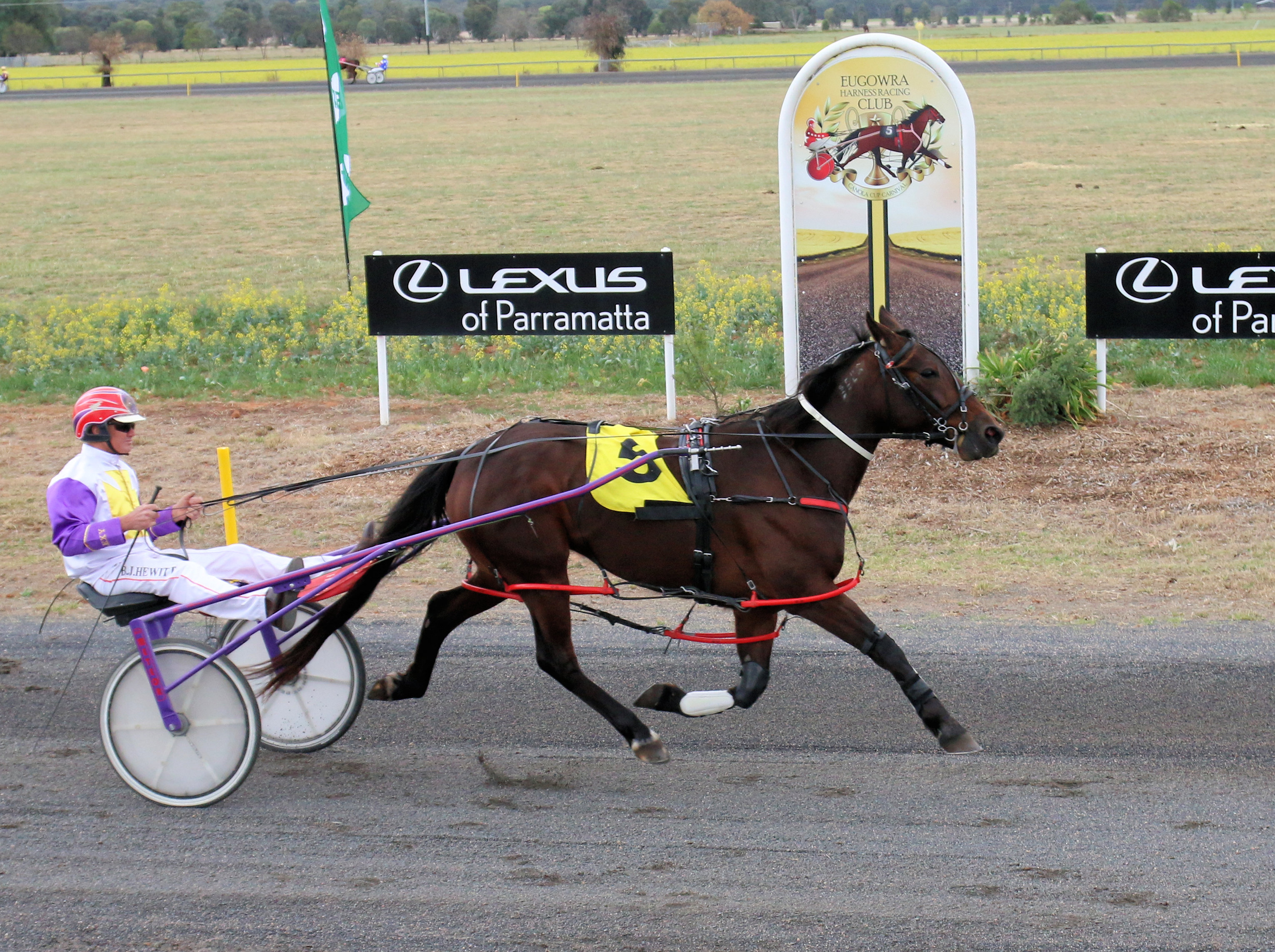 ASTUTE horseman Bernie Hewitt continued his strong association with the Canola Cup, claiming yesterday’s edition of the feature at Eugowra.

By training and driver Im With Lexy, Hewitt registered his fourth win the Group Three.

Successful with Supa Nik in 2000, Hewitt returned in 2008 to score with Snazzy Shannon before training Bobbee Dee Dee to win in 2011.

Bobbee Dee Dee was partnered by Mat Rue, who has since become Hewitt’s son-in-law.

“I’ve had a good run in the Cup and am glad to win it again,” Hewitt said. “It is a race I like to be in, and especially win.

“That’s four wins as a trainer and three as a driver, and with a bit of luck, I’ll be chasing another win next year.”

Leading throughout from the pole, Im With Lexy was forced to dig deep during the latter stages to stave off a late challenge from Pay Me Sam, which was beaten by a half-head.

“The draw was always going to be good if she could lead and she managed to rally enough, which helped,” Hewitt said. “It was a gutsy win as she did a lot of work to lead and had to fight hard up the straight.

“She fought like a caged lion and I’m thrilled with her run. To the runner-up’s credit, it just kept coming at us.”

Set to enjoy an easy week, Im With Lexy will continue to work her way through the grades, with Hewitt confident the daughter of Roll With Joe can make a smooth transition to open company.

“To be honest, I have looked past this as it was always her main aim,” Hewitt said. “I will find a suitable country series while she works through the grades.

“She’s pulled up like she hasn’t been around, but she’ll have an easy few days.

“She is still loosely graded, but I think she can get up in class to the better mares’ races.”

Ready to put on the after ‘Berners’
About author