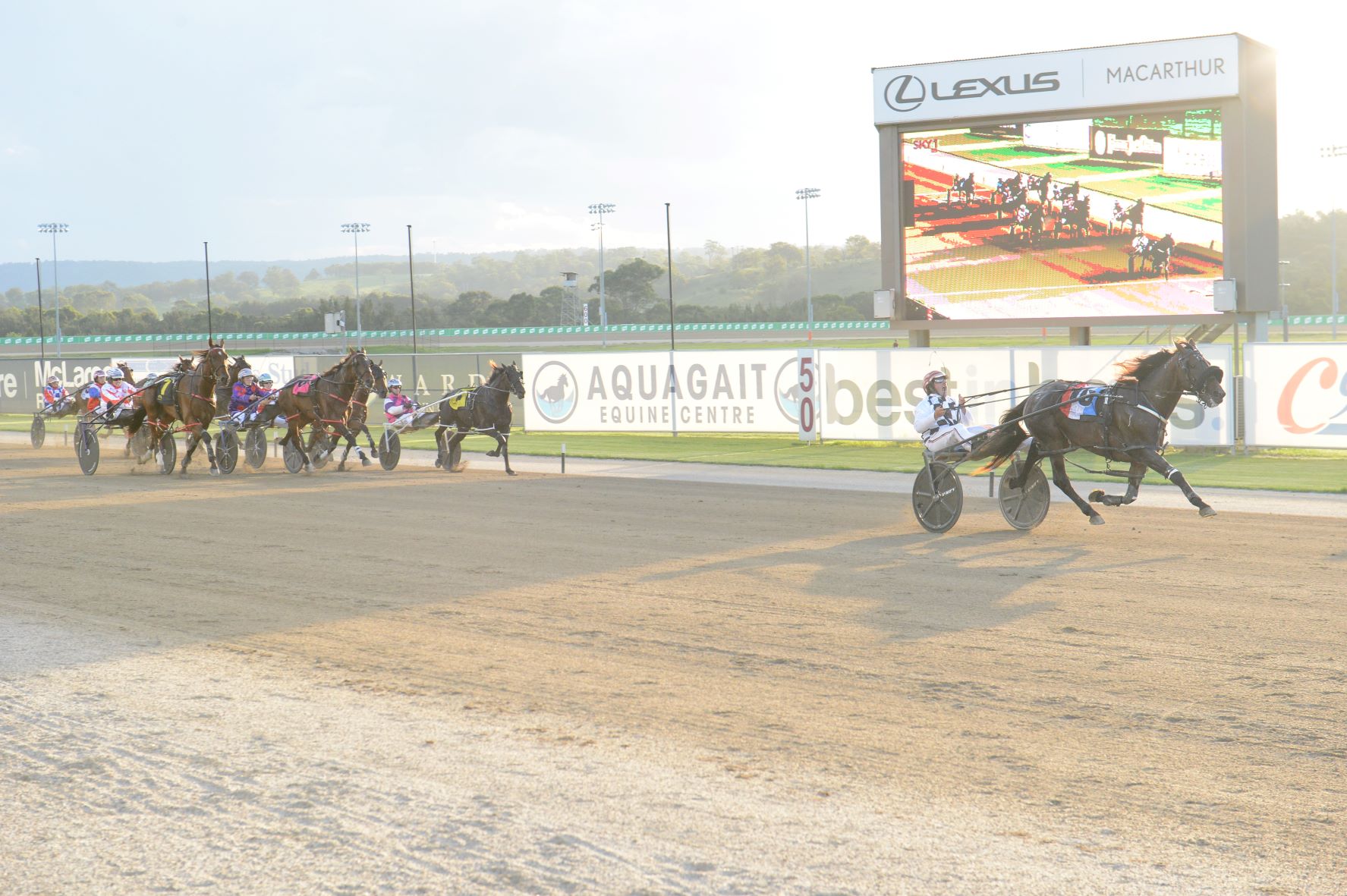 Colt Thirty One streaks away to score a powerful win at Menangle on Saturday night.

Hogan hits town with a winner in tow

Colt Thirty One1 Dale Hogan1 David Morris4
THERE’S nothing like a change of scenery to recharge the batteries. And as much as Queensland trainer Grant Dixon loves his stable star Colt...

THERE’S nothing like a change of scenery to recharge the batteries.

And as much as Queensland trainer Grant Dixon loves his stable star Colt Thirty One, he felt a short ‘holiday’ south of the border might be just what the doctor ordered.

Dixon’s stable foreman Dale Hogan jumped at the chance to bring Colt Thirty One to Sydney . . . after all he has been with the star Queensland pacer for all of his 98 starts, for 47 wins over the past five years.

When Dixon does send a horse south, it ends up at his close friend Robbie Morris and his wife KerryAnn’s Lucky Lodge stables, just outside the gates of Tabcorp Park Menangle.

Sure, he was dropping in grade but Hogan had no hesitation ensuring Colt Thirty One was fit and ready to fire and told Morris the horse just needed something new to get his zest for racing back.

Morris did the rest and the seven-year-old stallion surged away from a handy field on Saturday night to register a 1:53.6 mile, beating The Mustang and Make Mine Memphis by a widening 17.3m.

Morris will be hoping Hogan can weave his magic again and squeeze another win or two out of Colt Thirty One during his southern sojourn before returning to the Sunshine State.

Meanwhile another Morris steps into the spotlight at Menangle today with Robbie’s cousin David shaping as the one to follow on a six-race program.

Despite his ‘maiden’ status, Double Lines has been installed as a $2 favourite in early markets for Race 3, after drawing perfectly in gate one.

Trainer Harry Martin gave Doubles Lines a good hit-out in a trial at Menangle last week when he finished fourth behind Valour Stride.

“He might need a bit more racing fitness under his belt but we have the good barrier draw, which is a start,” said Morris.

He then drives outsider Wewill Hail Caesar for his trainer-partner Steph Lippiatt in Race 4 and a repeat of his Menangle win two starts back would put him in the mix.

In Race 5, Morris is excited about the prospects of the Ross Adams-trained Loui, who has looked good in two runs from a spell.

“I drove him six weeks ago in a trial at Penrith and then he won first-up here at Menangle. He’s definitely the better of my drives.”

A proud day for Steph and David as Ryley lands a w...
Memorable moments for Morris and Martin
David’s turn in the spotlight
About author