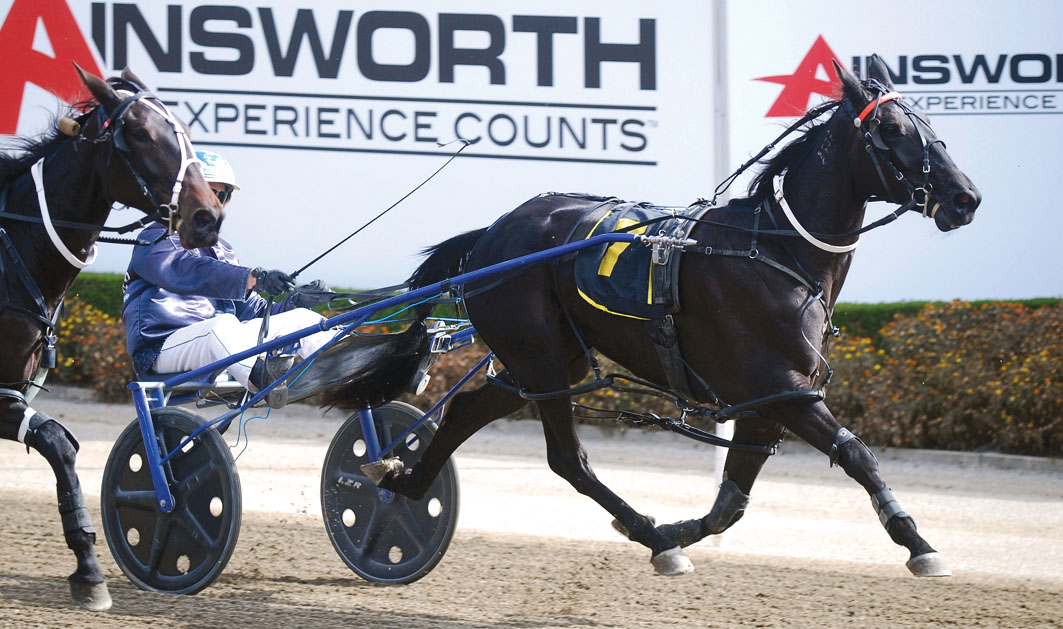 SHE has gone the “long way about it”, but Rollin With Holly has made her way into the rich Australian Pacing Gold Final. Finishing...

SHE has gone the “long way about it”, but Rollin With Holly has made her way into the rich Australian Pacing Gold Final.

Finishing second in her heat last week, Rollin With Holly returned to Tabcorp Park Menangle this afternoon to tackle a repechage of the futurity.

To trainer Darren Reay’s delight, the daughter of Roll With Joe emerged triumphant, securing her position in the $328,000 Final at the same venue on April 28.

“It’s terrific to have her in the Final,” Reay said. “It would’ve been nice if she won the heat rather than go the long way about it, but she’s in now.

“I will give her a day or two off, then have her at her peak for the decider in 10 days.

“Hopefully she will get a good draw and be hard to beat.”

Driven by Luke McCarthy, Rollin With Holly was caught the ‘death seat’ from barrier seven before being sent forward to find the lead during the middles stages.

Proving too slick along the home straight, the filly completed a metre win from Our Road To Mecca, with Brooklyns Best seven-and-a-half metres away third.

“She went very well,” Reay said. “I was pretty confident with her, and once she got to the front, I expected her to finish strongly.”

Covering the mile in 1:55.9, the two-year-old’s time was a second-and-a-half slower than Hurricane Roy in the colts’ and geldings’ qualifier.

Trained and driven by Brad Hewitt, the son of Sportswriter accounted for Firestorm Red and Reigning Pepper to take his record to two wins and two placings from five starts.