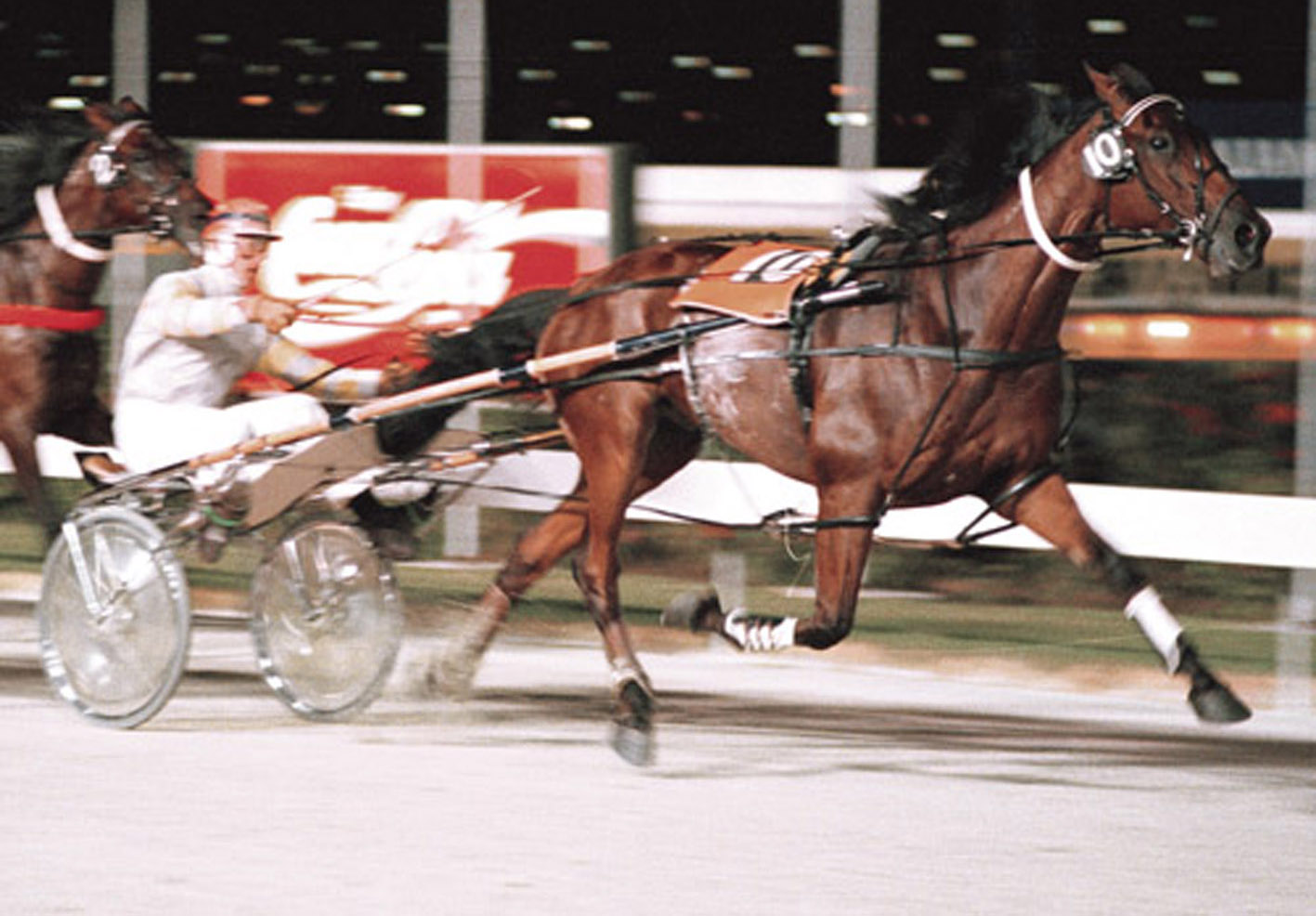 ONE of harness racing’s greats will be honoured at Tabcorp Park Melton on Saturday night with the running of the True Roman Free-For-All. Trained...

ONE of harness racing’s greats will be honoured at Tabcorp Park Melton on Saturday night with the running of the True Roman Free-For-All.

Trained by Graeme Johannesen, True Roman won a host of key events, including the industry’s ‘holy grail’- the Inter Dominion – which he captured in 1988.

True Roman also holds the mantle for the most wins at a Victorian metropolitan track – 35 at Moonee Valley.

The squaregaiter’s tally consists of an incredible 34 metro and a country success. Better yet, his country win was in a pacers’ event!

To put things into another perspective, the immortal Popular Alm registered 21 wins at the Valley, while his arch-rival, Gammalite, had 24!

Moonee Valley was also the scene of True Roman’s Inter Dominion victory when driven by master reinsman Gavin Lang, which has resulted in the weekend’s honour as part of the Melbourne-based/Victorian-trained Inter Dominion winners’ features.

A pacing-bred performer, True Roman was purchased by Johannesen and close friend, Roger Dalton, from Ron Pocock, who originally bought the youngster at a Sydney yearling sale in 1981.

Sixth upon debut at a Wedderburn non-TAB meeting, True Roman broke his maiden status at his fourth outing when driven by Lang.

As for the True Roman Free-For-All, multiple Group One winner Kyvalley Blur is the one to beat despite drawing awkwardly in barrier six.

Runner-up in the Maori’s Idol Free-For-All a fortnight ago, the son of Chocolatier won his three previous starts for trainer Brent Lilley.

The gelding has contested three True Roman Free-For-Alls with a second in 2013 his best effort.

Kyvalley Blur is one of four Lilley-prepared entrants, with Conon Bridge faring best in the pole.

Lilley will also be represented by Any Old Way in gate two and El Paco in five.

Muscles are not Harvey’s biggest strength!
Bid for elusive hat-trick dealt a cruel blow
Trainer “rapt” with initial Group One ...
Queen of the Paceway retains her throne
About author