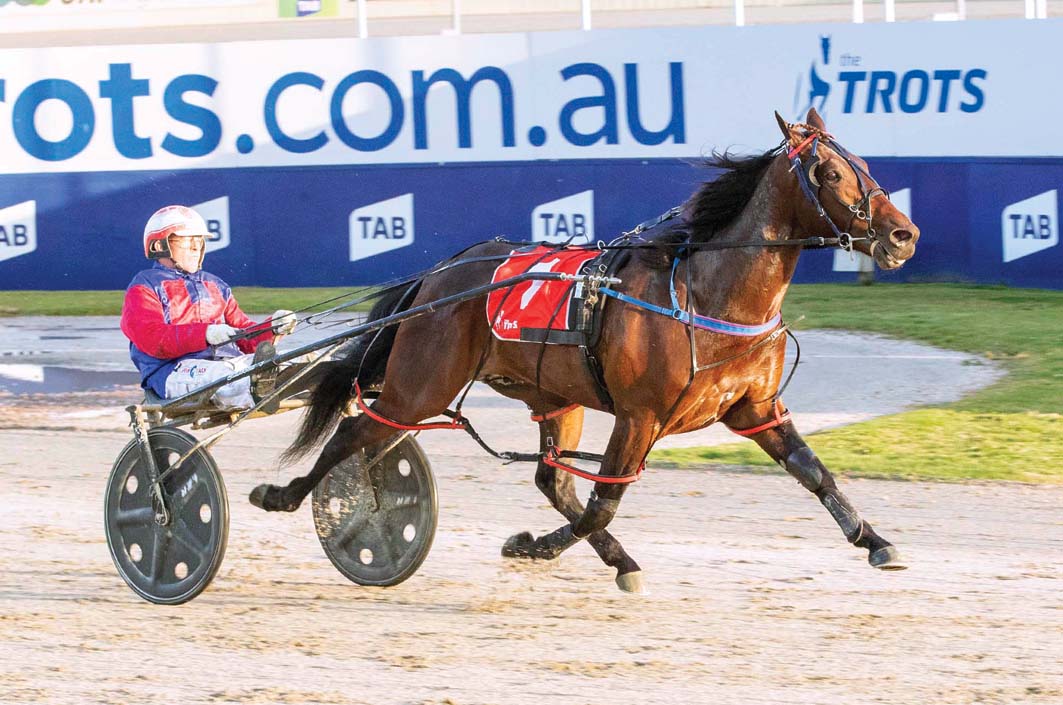 “HE’S as good as any of the three-year-olds in the stable!” That’s the high praise from trainer Emma Stewart when discussing unbeaten Australian Pacing...

“HE’S as good as any of the three-year-olds in the stable!”

Especially considering her team includes Group One winners and fellow APG graduates Hurricane Harley and Centenario, which was named 2017/18 Victorian Two-Year-Old of the Year just moments ago.

But with an average winning margin of 11 metres, it’s hard to argue with Stewart’s huge wrap.

“I’ve got a very big opinion of him,” Stewart said. “He’s only had three starts and is still on the way up, but he’s as good as any of the three-year-olds in the stable!

“We are definitely looking at races such as the Victoria Derby with him.”

With Chris Alford holding the reins, the son of Bettors Delight began quickly to lead from the pole as Im Sir Blake worked on his outside.

Striding clear around the final bend, Demon Delight was untouched to score by 15-and-a-half metres from Prosecco Boy, with Im Sir Blake six metres away third in a slick 1:52.7 over 1720 metres.

“After leading he was never going to be run down,” Stewart said. “His ran a quick time without being tested, which shows how much upside there is to him.”

Premier pair dominate proceedings
Certainty at Albion Park tomorrow
Ego’s aside – he’s ready for a b...
Time to test promising trotter
About author