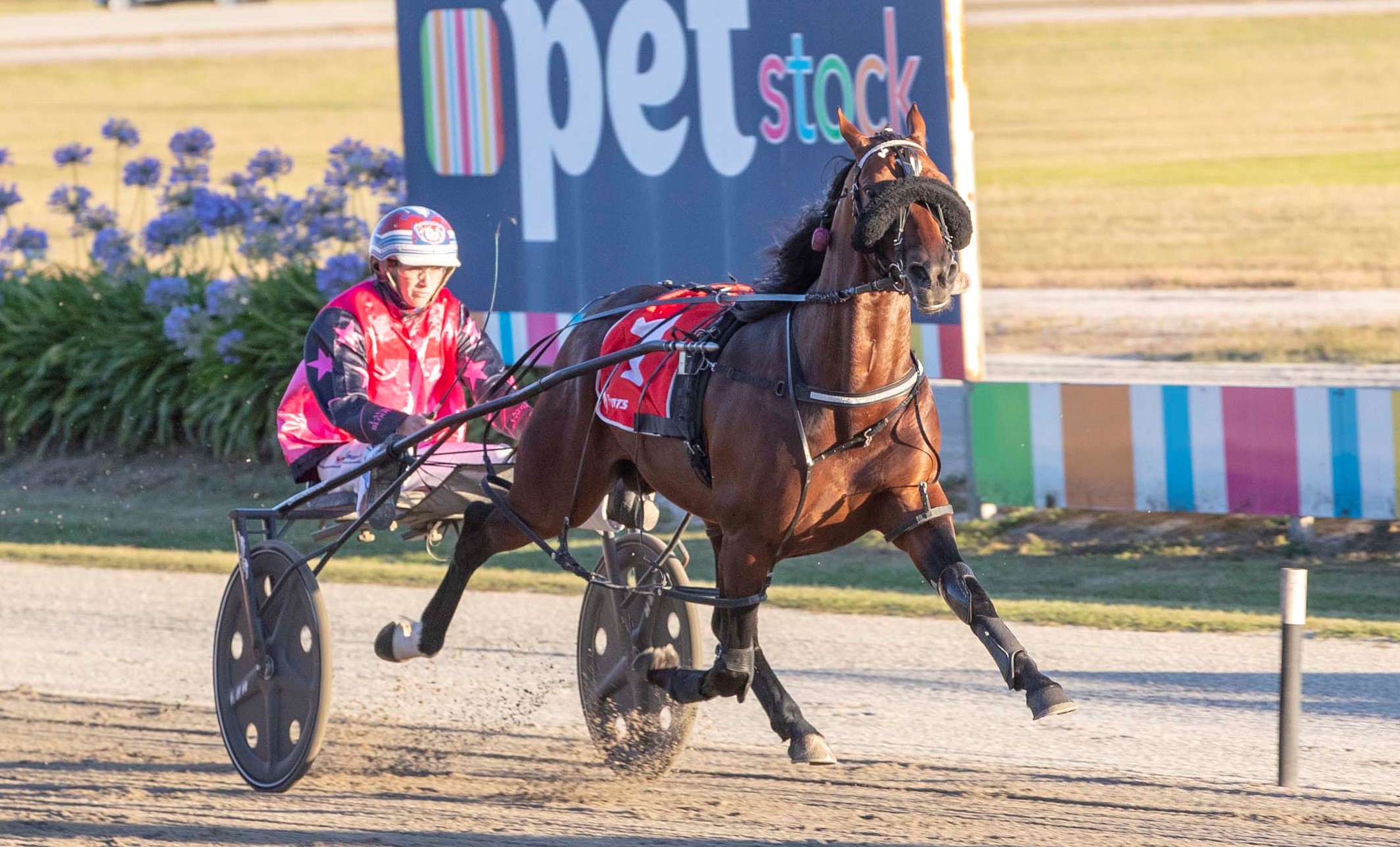 Hurricane Harley1 Menangle95
FORMER Swedish Monte rider Kima Frenning admits she has been taking a lot more notice of how races are run at Menangle in the...

FORMER Swedish Monte rider Kima Frenning admits she has been taking a lot more notice of how races are run at Menangle in the past couple of weeks.

Frenning hits town tonight and will be hoping to earn a spot in next weekend’s $200,000 Chariots Of Fire for four-year-olds when she drives Hurricane Harley, the $2.50 early favourite for tonight’s $50,000 Cordina Chickens Paleface Adios Stakes.

Frenning has been one of the success stories of Victorian harness racing, landing about 250 winners in the past three seasons as she mixes it with some of the best drivers in the world.

And although she has had a couple of drives at Menangle in the past, the pressure will be on when she looks to seal a Chariots invitation for Hurricane Harley for Victoria’s leading trainer Emma Stewart.

While she has been driving for the David Aiken stables in Victoria, Frenning recently made the decision to go it alone and admits she is just as passionate about training as she is about driving in this country.

“It took a while to get used to driving the pacers instead of trotters, which is all they have in Europe,” Frenning said.

“That might have shown in my early driving but I still scratch my head in amazement at how much success I’ve had and the opportunities I have had to drive some really nice horses.”

Frenning rated Hurricane Harley right up there with some of the quickest horses she has driven and is confident the son of Bettors Delight will handle the class rise as he looks to add to his imposing record of 17 wins and six placings from just 30 starts.

“I am just excited to be in it,” Frenning said.

“Hurricane Harley did it at both ends of the race and finished it off really well when he raced at Melton the other night.

“I’m sure he’ll handle the Menangle circuit well and from gate three will make his presence felt.”

Stewart also has last-start Melton winner Fourbigmen in the Paleface Adios and has enlisted the services of in-form young Menangle reinsman Cameron Hart to take the drive.

Fourbigmen rated a slashing 1:50.1 in scoring at Melton recently and may be Hurricane Harley’s biggest hurdle.

Trainer KerryAnn Morris and her husband/reinsman Robbie will also be hoping last week’s abject failure Balraj can return to the form that has seen him break the magical 1:50 mark in two of his 10 wins.