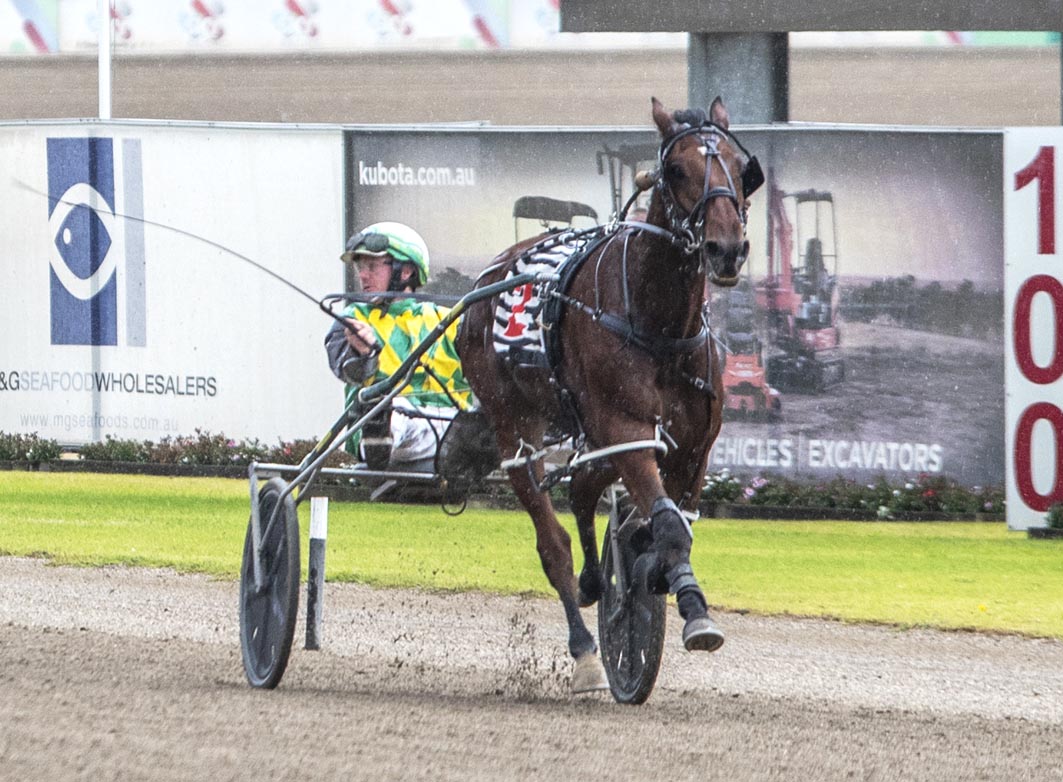 Hurricane drawn to blow rivals away

A FAVOURABLE draw has Hurricane Roy in a strong position to complete a hat-trick when he ventures to Tabcorp Park Menangle on Saturday night....

A FAVOURABLE draw has Hurricane Roy in a strong position to complete a hat-trick when he ventures to Tabcorp Park Menangle on Saturday night.

To Hewitt’s delight, Hurricane Roy will begin from barrier two which should see the son of Sportswriter reach the early lead.

“I couldn’t be happier with the way he is going,” Hewitt said. “His heat win was quite good and he has been working a treat since.

“The draw certainly gives him a big chance of taking out the Final as he has enough speed to make a decent attempt at leading.”

For all his confidence in the four-year-old Hewitt rates Uncle Jord as the one to beat.

No stranger to success around the 1400-metre circuit, Uncle Jord has drawn gate six.

“Uncle Jord is a nice horse and has won there going 1:51.1,” Hewitt said. “He’s had two runs back from a spell, including finishing second behind us in the heat, and is bound to improve for the Final.”

Looking to ease Hurricane Roy through the grades, Hewitt is unsure how long the gelding will remain in his stable.

“He has attracted some interest from America, so he may head over there soon,” Hewitt said. “While he is here I will just keep finding the right races and work him through the classes.

“He is capable of winning what would be called an M0 as he goes along.

“I may even give him another couple of starts and send him for a short break.”