I felt so overwhelmed…it was just surreal – Hill

NORMALLY registering a double would be a highlight of a meeting but for Dani Hill a pair of winners at Mildura last night played...

NORMALLY registering a double would be a highlight of a meeting but for Dani Hill a pair of winners at Mildura last night played second fiddle to her “amazing” evening.

While she was hard at work across the border Hill was being honoured by Harness Racing SA during its annual awards function.

In front of a sell-out crowd Hill was announced the 2017/18 Jim Hurley Medallist thanks to her remarkable season.

Along with being South Australia’s premier driver, Hill’s season including a tearaway victory in the inaugural Australian Reinswomen’s Championship, which was conducted in Tasmania last November.

If that isn’t impressive enough, Hill was also the leading Australasian reinswoman during the Teal Pants Campaign. 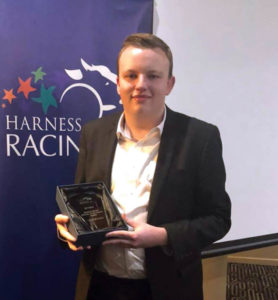 “I had such a great season with so many highlights, but to receive such an honour is truly amazing,” Hill said. “Unfortunately I couldn’t attend, but when I got a text from Lisa Ryan telling me the news, I felt so overwhelmed…it was just surreal.

“It is a massive honour and I cannot thank HRSA enough for bestowing it upon me.”

It’s the second time Hill has claimed the medal which follows her success in the inaugural presentation in 2016.

“To win the first Jim Hurley Medal is something extremely special, but to receive it a second time is a huge thrill,” Hill said.

“To all the people who support me such as owners and trainers for trusting me to drive their horses, this wouldn’t be possible without you.”

HRSA recognised numerous participants throughout the function, including the ever-passionate Max Beasley who received the Chairman’s Award.

Stace – who is a still wet behind the ears 18-year-old – calls trials, TAB and pony races, is the MC for a range of tracks and a tipster. 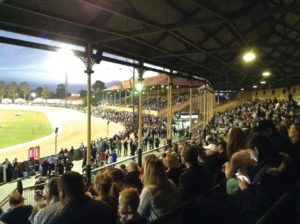 “It is a fantastic honour, which I wasn’t expecting it that’s for sure,” Stace said. “I was hosting the night and obviously this was kept off the running sheet.

“I cannot thank HRSA enough for this award and the support they have given me all along.

“Without them and a lot of our clubs and associations I would be able to do what I am.”

Sky Racing’s In The Gig’s handling of the Wayville extravaganza was rated Bet Film/Television/Video coverage.

Rounding out the scribes was Paul Courts who gained the Best News Story for his feature on Leah Harvey. Click here to read Harvey’s story.

Gramel was the darling of South Aussie harness fan...
Exciting news for NSW participants
Trainor has one more hurdle before the party start...
Classy filly ticking along before main target
About author