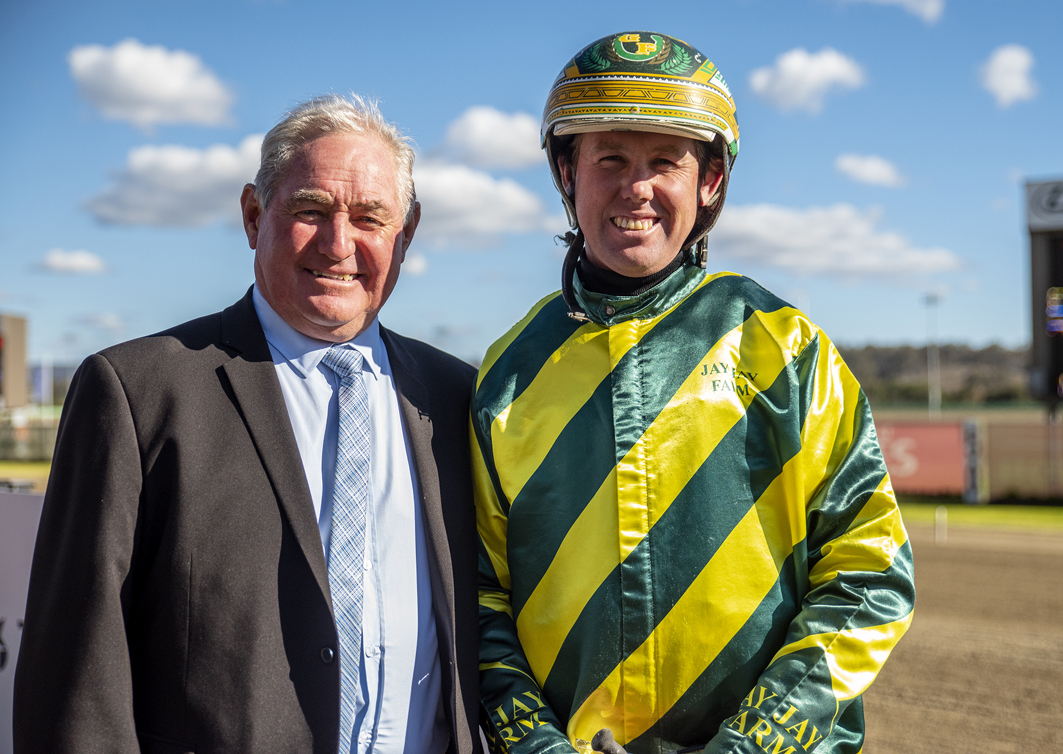 BIRTHDAY boy Gavin Fitzpatrick is no stranger to winning Group One races… he won a stack of them with former champion pacer Lombo Pocket...

BIRTHDAY boy Gavin Fitzpatrick is no stranger to winning Group One races… he won a stack of them with former champion pacer Lombo Pocket Watch.

Not only was it Fitzpatrick’s birthday but it was ‘Group One’ Gav’s 1500th win as he had been frustratingly poised on 1499 for a couple of weeks.

Miss Halfpenny changed that when she dashed out of the gate to work to the front from early leader Kept In Play.

Fitzpatrick then backed off the speed before upping the ante with a 28.7-second third quarter as Cee Cee Ambro began to mount a challenge on her outside.

With challengers closing in during the last 50 metres, Miss Halfpenny kept them all at bay to score by a half -neck from Cee Cee Ambro, with the fast-closing Delightful Jackie a nose away third in a 1:55.2 mile.

“Gavin deserves that win, he has done all the work with this filly for the past three or four months,” said trainer Paul Fitzpatrick.

“He’s earned all the credit and not just for the way he drove her today.

“She’s always been a beautiful filly and she did a marvellous job today.”

Breeder Matt Day, who sold the daughter of American Ideal at the Australian Pacing Gold Sale, was just as impressed as Miss Halfpenny gave him his first Group One success.

And like Gavin, he’ll be hoping there’s plenty more to come.