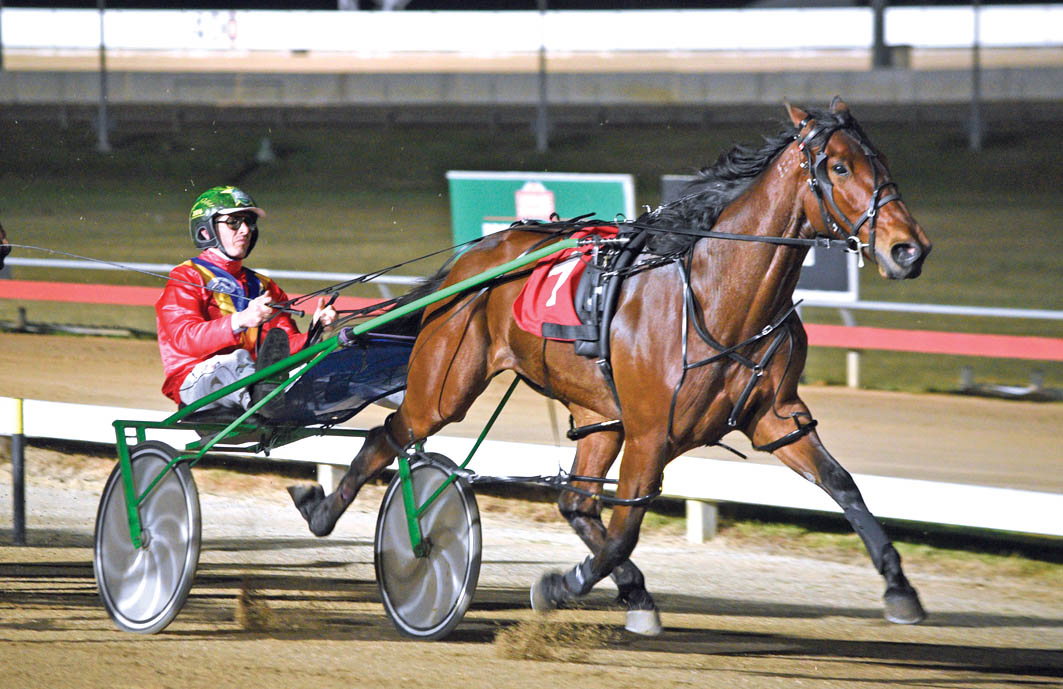 EXCITING filly Ideal Bliss will continue her march towards the Tasmania Oaks when she tackles the Fillies’ Championship in Hobart on Sunday night. Returning...

EXCITING filly Ideal Bliss will continue her march towards the Tasmania Oaks when she tackles the Fillies’ Championship in Hobart on Sunday night.

Returning from a two-month break with an effortless win last weekend, the Paul Hill-trained youngster is predicted to have no trouble repeating the effort after drawing perfectly in the pole.

Thrilled with the three-year-old’s progress during the week, Hill warned rivals Ideal Bliss will be major improver.

“I am very, very confident with her,” Hill said. “Given the lift in her work since that first run, I can’t see her being beaten.

“Last week she came from the back row against older horses and did it easily and she will be better again this time.

“This run will top her off perfectly for the Oaks in a fortnight, which has been the main aim with her all along.”

Successful in last term’s Tasbred Final, Ideal Bliss – which boasts five wins and two seconds from seven starts – will also be aimed at her title defence later in the season.

“The Sires’ is also a high priority with her,” Hill said. “I’m also setting Streitkid for the Tasbred, so hopefully they will both do well in those series.

“Sunday night will be an interesting test for him, but he should go well.”

First-up since last October, Streitkid faces a daunting task from the second row against top three-year-old, Semowrillrev, which will also begin from the back line.

“I gave him two starts earlier in the season for education and he won them both quite well,” Hill said. “He’s done well during his time off and should improve as he goes along.

“Semowrillrev is a pretty nice type, and given he also has race fitness, it’s going to be hard to beat him.”