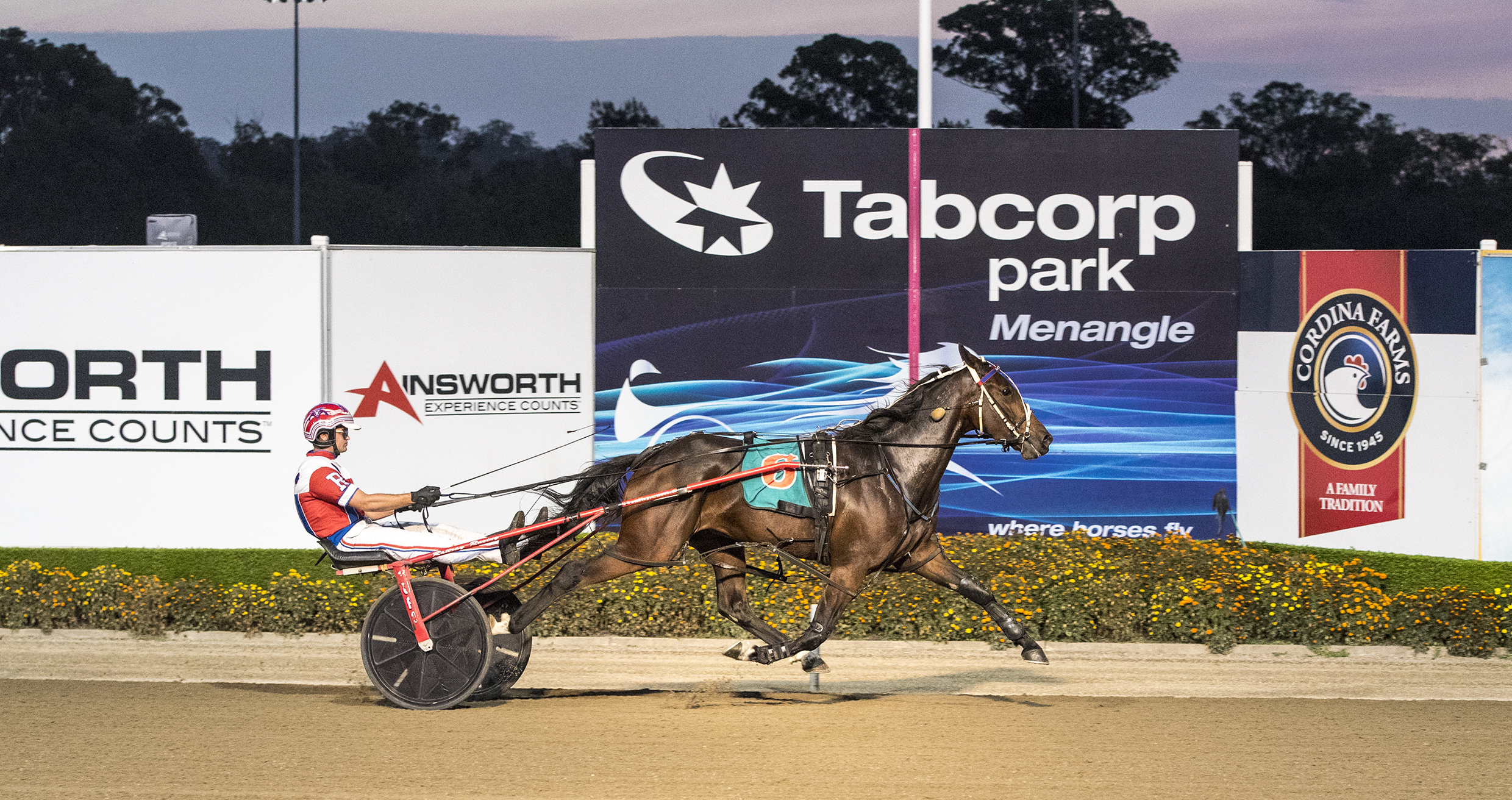 STAR OF THE SHOW: Ignatius

Ignatius adding a touch of glamour at the Big M

THE appearance of NSW Breeders Challenge champion Ignatius adds a touch of glamour to this afternoon’s meeting at Tabcorp Park Menangle.

The Tasmanian pacer is unbeaten in five runs this preparation and should be able to account for a big field of in-form pacers in Race Six, the Margaret Davies Pace.

Ignatius returned from Tasmania and has settled perfectly back into James Rattray’s Southern Highlands stables and is looking to fill the vacancy left with the retirement last year of Tassie’s other pacing superstar Beautide, from the Rattray barn.

Ignatius was bred by the Rattray family trust and is raced by Lyrae Graham, who is the partner of James’ brother Todd Rattray.

James is thrilled by the rise and rise of Ignatius, who now has 10 wins and one placing from just 11 starts and Rattray admits there are similarities between this Roll With Joe-bred gelding and the mighty Beautide.

“He’s very similar to ‘Beau’ in many ways, he’s got a lovely character until he hits the track then he goes for a buck and a jump,” said James.

“I know he’s on when he does that, he’s not there to take any prisoners that for sure.”

Rattray said he had mapped out Ignatius’ campaign for the season.

“We are aiming him at the rich Breeders Challenge here at Menangle and the Breeders Crown later in the season,” he said.

Even though it is only a mid-week race, Ignatius will need to be at his best to conquer today’s field.

Shane and Lauren Tritton have a double-attack on the race with their two starters, Franco Rebel (gate one) and Laredo Torpedo (gate two) perfectly drawn to make a real race of it.

Throw in Tim Butt’s in-form pair The Bachelor and Letsgotothehop, Kerry McDowell’s Cowboys N Aliens and KerryAnn Turner’s Astride and it is a race worthy of a Saturday night feature.

While Ignatius is Rattray’s only starter at the meeting, in-form trainer Kevin Pizzuto is in for a whale of an afternoon.

Pizzuto’s stable is going as well as any in Sydney at the moment and he will arrive at Menangle with a truckload of chances.

Ace freelance reinsman Chris Geary is the driver to follow, with four good drives on the seven-race card.

Fresh from a winning treble at Menangle last Tuesday, Geary’s best chance would appear to be Our Missionary Man ($8) in Race Seven, the National Trotguide Claiming Pace.