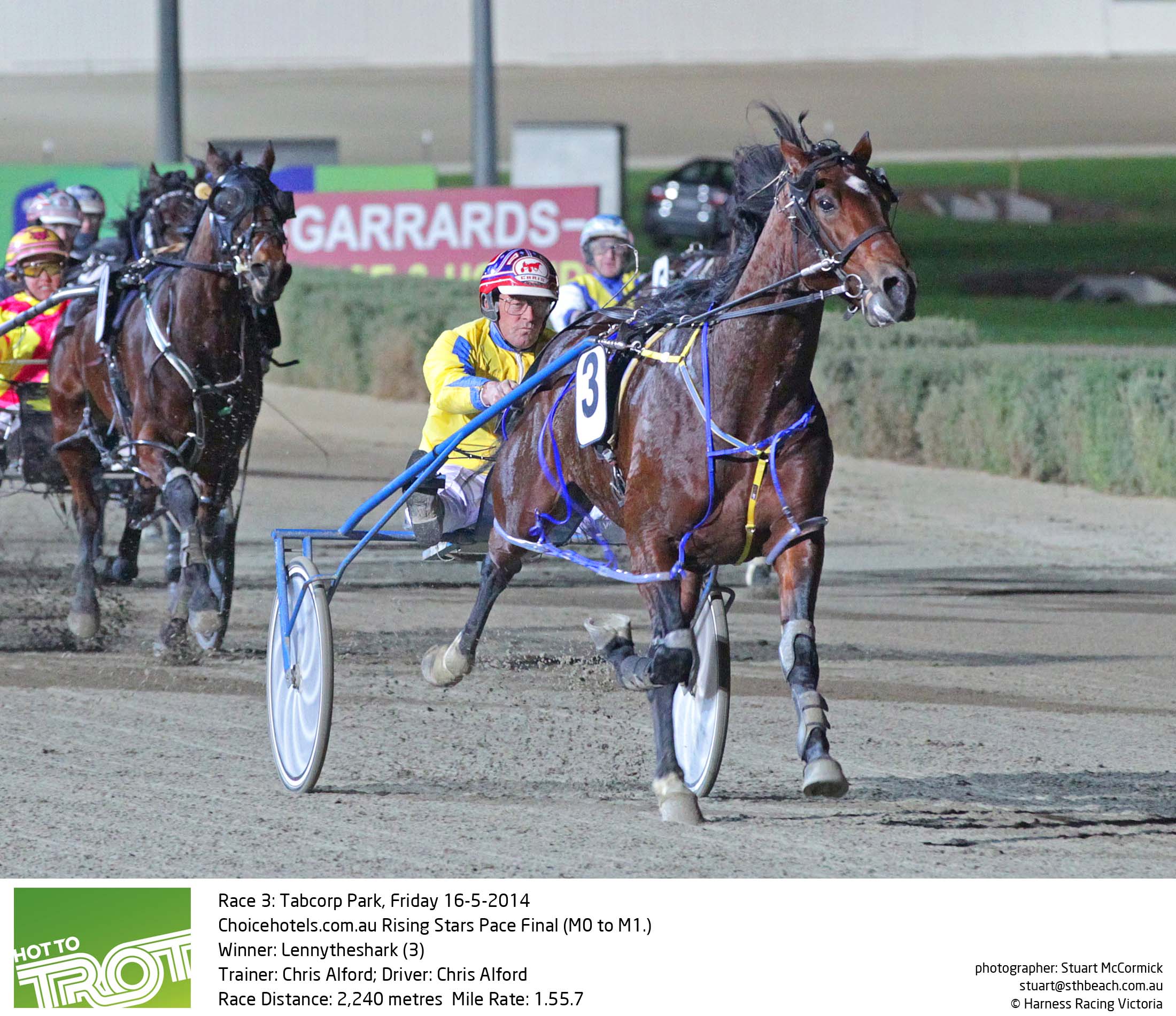 Immediate future to be decided

Speaking after the Lennytheshark’s Victoria Cup success in Melton just moments ago, trainer David Aiken stated he is yet to decide on a firm plan with the son of Four Starzzz Shark.

With next month’s Perth Inter Dominion the main focus, Aiken is “tossing up” whether to give Lennytheshark another run before heading to Western Australia.

Opening heats of the Inter Dominion are due to be run at Gloucester Park on November 24, with Lennytheshark to be taken across the Nullarbor a fortnight before the series begins.

“I will wait and see how he pulls up from tonight before making any other plans with him,” Aiken said. “I’m still tossing up the idea of racing him again before we leave.

“There are a couple of country cups he can go in, so I’ll just see how he is on Monday before making a decision.”

Driven by premier reinsman Chris Alford during his latest triumph, Lennytheshark began quickly to lead from the pole, with the remainder of the Group One becoming a procession.

Striding clear of the pack along the home straight, the stallion accounted for Ameretto and Tiger Tara in 1:53.2 over 2240 metres, with his time just seven-tenths of a second outside Lazarus’ track record established in last season’s Cup.

“Once he led he was never going to be run down,” Aiken said. “He just did it so easily, and the great thing is, he will get better.

“That was only his second run from a spell, so he’s still got improvement in him.”

Having captured the 2016 Cup, Lennytheshark became just the sixth dual winner since the feature’s inception in 1974 and the first since Desperate Comment in 1997.