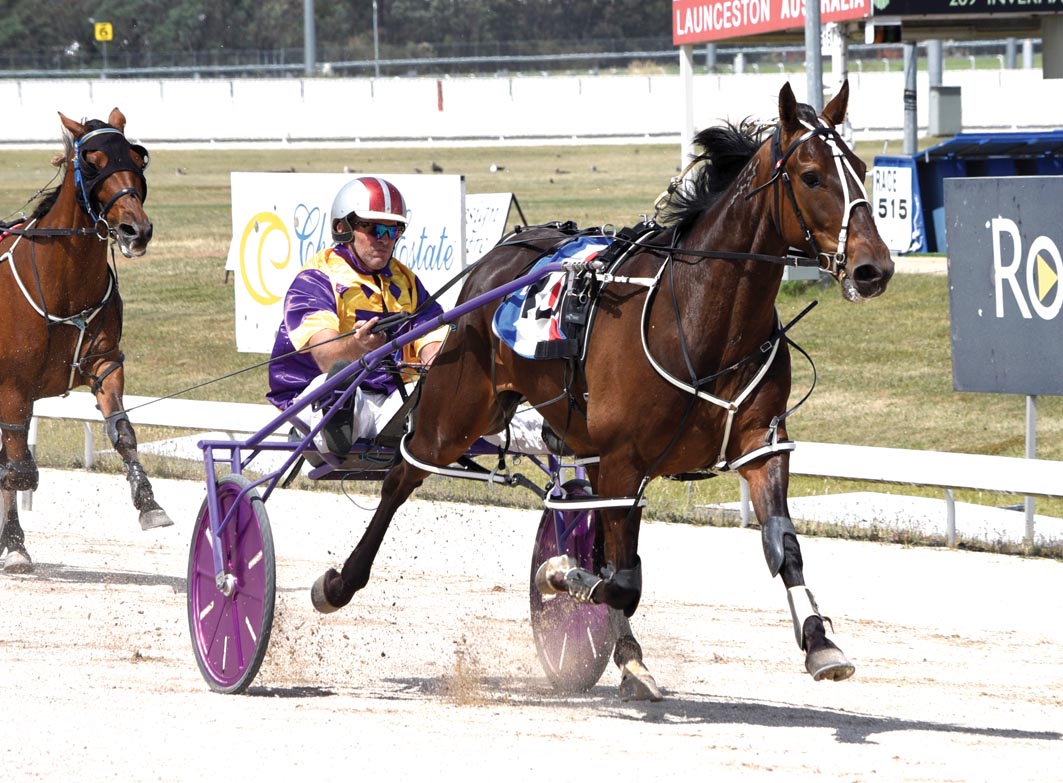 EXCEPTIONALLY-BRED pacer Illegal Immigrant is expected to continue his love affair with Tasmania when he heads to Hobart on Sunday night. A revelation since...

EXCEPTIONALLY-BRED pacer Illegal Immigrant is expected to continue his love affair with Tasmania when he heads to Hobart on Sunday night.

A revelation since arriving from New Zealand, Illegal Immigrant has won four of his five starts, but should be unbeaten on the Apple Isle according to trainer Troy Hillier.

“The night he got beaten in Devonport was because I put a pole on him, which broke, and then he just didn’t handle the track,” Hillier said.

“He may not have handled Devonport anyway, but really, he should have a perfect record here.”

Returning to the winners’ circle at Hobart a fortnight ago, Illegal Immigrant is a short-priced favourite despite his second row draw this weekend.

“He is actually better than I expected and has kept improving since he got here,” Hillier said. “Given the way he has been racing and working, I don’t think the draw should be a problem.

“As long as he gets a clear run, he should win.”

Confident the son of multiple Group One winning mare Oaxaca Lass can make his way through the grades, Hillier has set his sights on next month’s Easter Cup.

Just days before Christmas, the governing body provided the industry with a welcome gift of across the board stake rises for the second time this season.

The Cup is set to be conducted on March 31 in Launceston.

“If he keeps going along like he is, the Easter Cup will be a good target for him,” Hillier said. “We’ll get through this week first and then take the next step towards the Cup.”

Stars shining for great cause
Top reinswomen to clash in Invitational
HAPPY CAMPERS: Dani and Brooke celebrate her extra...
Another trip to town, another tough draw
About author