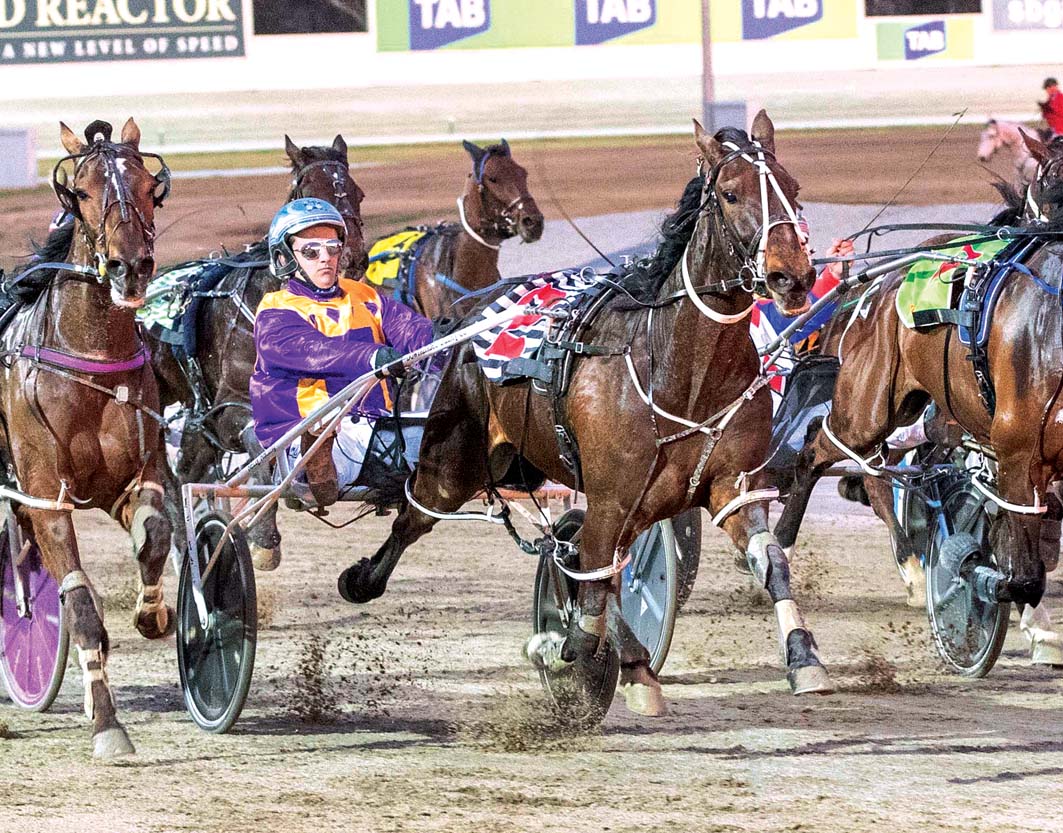 Thrilled with the well-bred gelding’s performance trainer Troy Hillier is considering taking Illegal Immigrant back across Bass Strait later in the season.

For now the son of American Ideal will enjoy a stint in a paddock before Hillier takes aim at Tasmania’s summer features.

“We head back home on Tuesday where he will have a few weeks off,” Hillier said. “I’ve given him 13 starts for eight wins, including his last four, so I’m very with the way he is going.

“He’s also run three placings, so he is putting together a handy record and is becoming a great buy.

“After he has a break I will get him going again for the better races early in the New Year but may head back over to Victoria with him later in the season.”

Angled three-wide at the bell, Illegal Immigrant sustained a strong run to score from Offthetopofmyhead and Forty Thieves in 1:55.2 over 1720 metres.

“I was pretty confident before the race and was surprised when he opened up at $5,” Hillier said. “He started at $2.50, which I felt was closer to his price.

“He’s put in a good run and I’m more than happy with the way he went.”