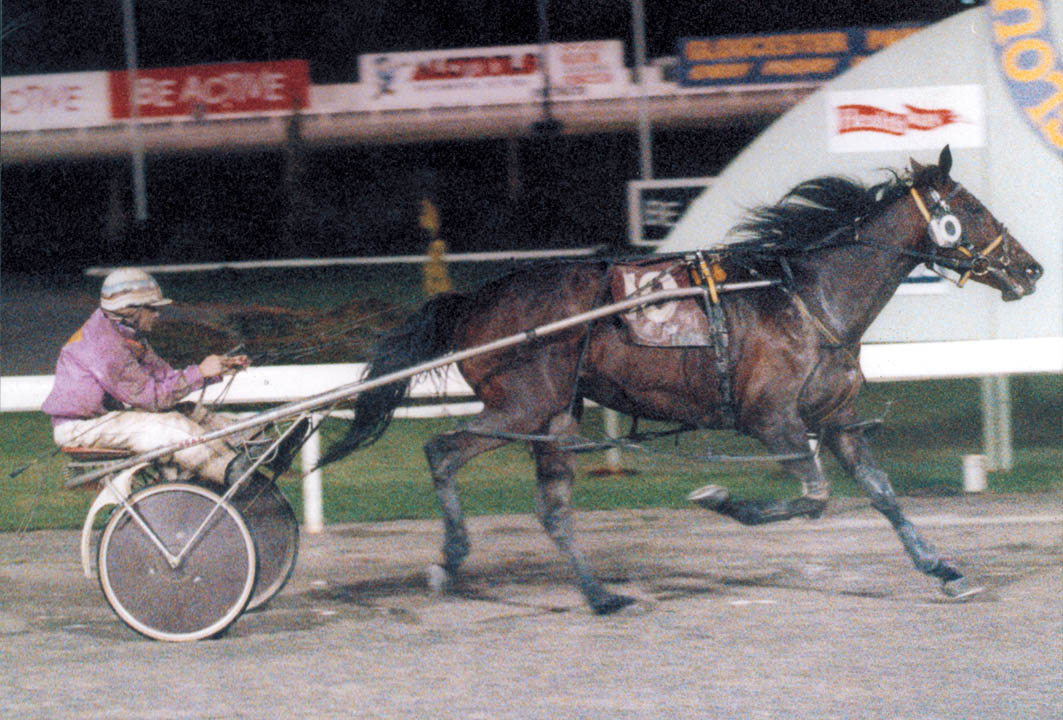 Grimson is set to contest the Norms Daughter Stake with in-form mare Village Witch which will begin from the outside of the front row.

Third behind Grand Circuit duo Majordan and Tiger Tara at the same venue last week, Village Witch boasts two wins and a pair of placings from her last five starts.

“I expected her to draw out there given the preferential conditions,” Grimson said. “She’s racing in great form and can still win from there.

“Eye See Diamonds is the one to beat from nine, but we’ll be doing our best.”

With no major short term plans in mind for the daughter of Jasper, Grimson has set his sights on the Ladyship Mile early in the New Year.

“She was actually going to be bred from this season, but was racing so well she has stayed in work,” Grimson said. “I’m working towards the Ladyship Mile with her, so between now and then she will just keep poking along.”

While Village Witch and her opponents are classy types, none have been able to reach the grand heights of the weekend’s honouree – Norms Daughter.

A star of the mid 1990s, Norms Daughter was bred by Dave Palmer and named after his late father, Norm, who owned numerous top performers, including Gap Road which won a heat of the 1984 Inter Dominion at Globe Derby Park.

Unraced at two, Norms Daughter made a winning debut as a three-year-old at Bunbury on January 22, 1994, when she rated 2:00.5 over 2130 metres with Kellie Kersley in the sulky. 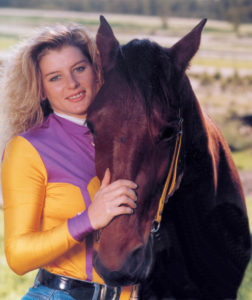 Norms Daughter had nine more starts for the season for trainer Neil Lloyd, posting another five wins including the Western Australia Oaks and Country Derby.

Lloyd took over the reins when the daughter of Northern Lights returned as a four-year-old, with her 11 Australian starts netting six wins and two seconds.

She also contested the 1995 Christchurch Inter Dominion but failed to run a placing from four outings.

It was the following year Norms Daughter sealed her greatness when proving too slick against the southern hemisphere’s best in the Miracle Mile.

With Harold Park closed for the rebuilding of the track, the rich sprint experienced a date change, which led to two editions of the Miracle Mile being conducted in 1996 – the first on June 28.

Mixing her form at the beginning of her five-year-old season Norms Daughter was taken east in hope of securing an invitation to the Miracle Mile.

Once again being driven by Kersley, Norms Daughter ran placings in the Four and Five-Year-Old Championship and Ladyship Mile before guaranteeing her spot in the main event by capturing the Qantas Sprint.

Beginning from barrier five in the Miracle Mile Norms Daughter led throughout to score by two metres from Il Vicolo, with Beefy T four metres away third.

Rating 1:55.6 Norms Daughter equalled Westburn Grant’s race record, with her time also identical to the one she registered in the Qantas Sprint.

It was fitting Kersley became the initial reinswomen to win the premier sprint as she was born the same year Robin Dundee captured the inaugural Miracle Mile to become the first pacer to better two minutes under race condition in the southern hemisphere!

Sent for a well-earned spell, Norms Daughter returned with a win in Fremantle on November 16 before being sent back across the Nullarbor to defend her Miracle Mile title.

Successful in the Ladyship Mile upon her arrival in Sydney, Norms Daughter received her invitation to the Grand Circuit event on December 4, 1996.

There was no fairytale ending this time with Norms Daughter finishing fourth behind Iraklis.

She was then third in the M H Treuer Memorial before returning home to win a WA Cup heat and ultimately finishing second in the Final.

Returning Norms Daughter was unplaced in the 1997 Victoria and A G Hunter Cups before winning a heat of the Inter Dominion at Globe Derby when driven by Chris Lewis.

Injuring a tendon when unplaced during her second round heat, Norms Daughter was retired to stud with 24 wins and 11 placings from 59 starts for earnings of $584,951.

Norms Daughter failed to emulate her racing feats in the breeding barn with just two foals – for one winner – from nine breeding attempts.

Sadly the wonderful mare died, as did her foal, while delivering to Northern Luck in 2007.

Byron’s just the ‘Ultimate’
Young squaregaiter “is a pretty special horse”
Major in command to claim second Group One
Will finishing second be good enough?
About author