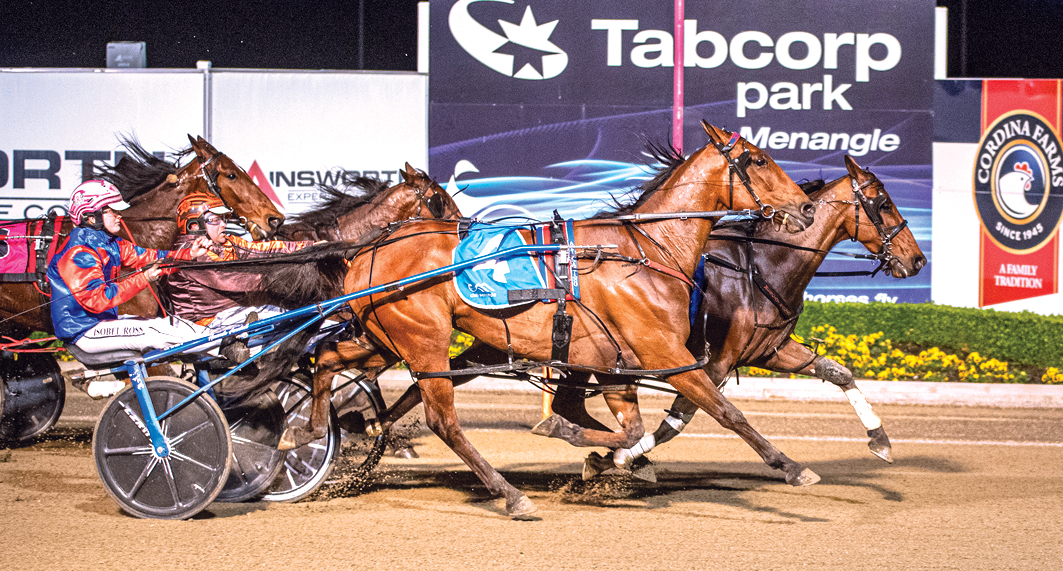 PLANS remain uncertain for Ferdinand despite his stellar start to the season. Triumphant at Tabcorp Park Menangle last night, Ferdinand is unbeaten from two...

PLANS remain uncertain for Ferdinand despite his stellar start to the season.

Triumphant at Tabcorp Park Menangle last night, Ferdinand is unbeaten from two starts for the term.

Those wins, however, have caused a problem with the son of Courage Under Fire according to trainer Michael Muscat.

“Under the new rating system he has pretty much gone from being able to contest an M1 to having to race against the free-for-allers because he’s won two races and earned points,” Muscat said.

“That’s pretty much stops him from being competitive and being able to earn money.

“We’re not in this to lose money so at this stage he is likely to be sold to America.

“Given that is the case, I pretty much have no plans for him as I don’t know how much longer I will have him.”

Four-wide around the final bend, the gelding engaged in a two-horse battle with Ellmers Hoofing It along the home straight before prevailing by a head.

Dance For Glory was two-and-a-half metres away third as the winner rated 1:55.4 over 2300 metres.

“I couldn’t be happier with the way he is going,” Muscat said. “He has been racing well for a while, but just not getting that luck he needs.

“His last couple of runs have gone his way and it has shown the difference in his form on paper.

“Given the rating system and how he will have to step up now, it’s difficult to see him staying so competitive.”