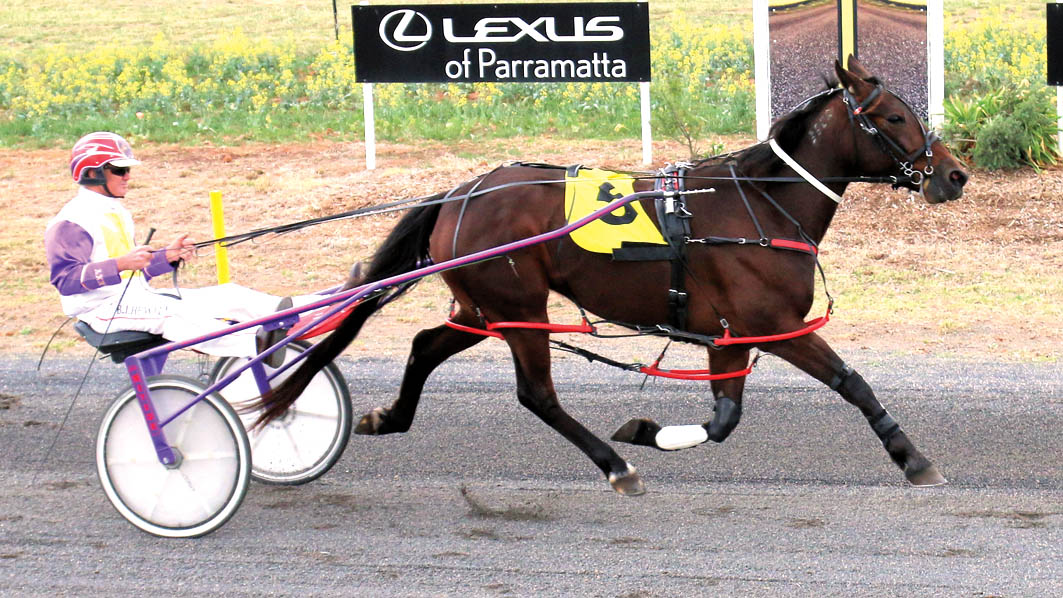 In-form ‘roughie’ worth a flutter

THOSE looking to back a ‘roughie’ at Tabcorp Park Menangle tonight may want to consider Im With Lexy. Looking to break her metropolitan maiden,...

THOSE looking to back a ‘roughie’ at Tabcorp Park Menangle tonight may want to consider Im With Lexy.

Looking to break her metropolitan maiden, the mare heads into the 1609-metre event with wins at her last two starts, but is ranked among the outsiders at $16.

Set to begin from barrier two, Im With Lexy is a “strong chance” according to astute horseman Bernie Hewitt.

Given his team’s strike rate over an extended period, it’ll take a brave punter to ignore Hewitt’s opinion.

“She’s got some good form on the board and her work since her last start has been really solid,” Hewitt said. “She is quite strong and very consistent.

“She’s got a descent draw and I think she has a strong chance in that.

“With a bit of luck it will work out that way.”

Although originally listed as the emergency, Hewitt rates Last Party is the one to beat from the pole.

Trained by Amanda Turnbull, Last Party has been “thereabouts” from awkward draws during her recent starts.

“From a better draw Last Party is the one to beat,” Hewitt said. “She has been thereabouts in her last five or six starts from worse draws.

With no major plans in mind for Im With Lexy, Hewitt will wait until after tonight’s outing before finding another target for the daughter of Roll With Joe.

“To be honest I haven’t looked too far ahead with her,” Hewitt said. “I’ll see how she goes tonight and then will likely find another race at Menangle.”