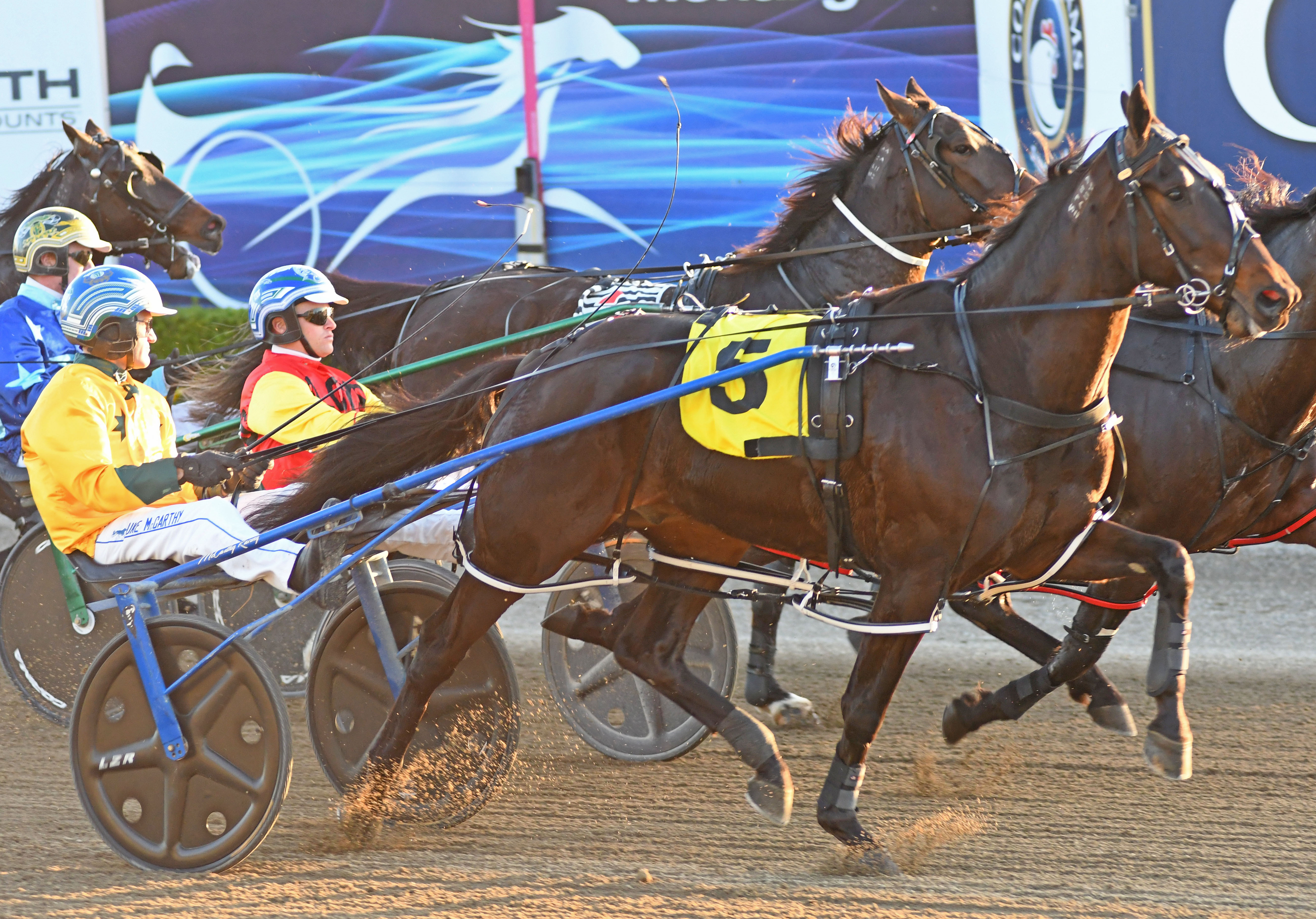 Cross6 Menangle204
JUST when you thought some of the smaller stables might get a chance to make up some ground, record-breaking trainer Craig Cross loads up...

JUST when you thought some of the smaller stables might get a chance to make up some ground, record-breaking trainer Craig Cross loads up another truck of favourites and hits Menangle today.

This time the mid-week Tuesday meeting is his target, with at least four likely favourites on the eight-race card at the south-western Sydney track.

Cross is closing in on 200 winners for the season and Luke McCarthy is about to pass the 160 driving winners’ mark, most of them being for Cross.

And the pair head to Menangle likely to land half the program – something that has almost been the ‘norm’ for the past couple of months on a Saturday night.

It’s amazing how some of the other major contenders have been relegated down the ladder with stables like KerryAnn and Rob Morris, Blake Fitzpatrick, Jason Grimson, Tim Butt, Anthony Butt and Paul Fitzpatrick having to aim more of their charges at the mid-week meetings to string the wins together.

The Morris team has been firing in the past couple of weeks, including four winners last Tuesday and another double on Saturday night.

Yet their best chance today looks to be former Victorian gelding Starlight Safari in Race 3, having just his fourth start for the stable and installed an odds-on favourite with the absence of any Cross runners in that race.

Likewise Blake Fitzpatrick, focussing much more on the square-gaiters these days, gets his chance to strike with last-start winner Adelle, a talented mare who looked destined for her best preparation yet after scoring a convincing first-up win for Blake at this track two weeks ago.

With no Cross runners in that race either, Blake’s main danger will come from the Morris stable, who have the talented Princess Kenny, a smart winner here seven days ago, likely to give Adelle a run for her money.

These two stables are poised to take advantage of the fact Cross has no runners in those races because he should dominate the rest of the meeting.

Former South Australian One Night Out has his first start for Cross this afternoon and has been listed a short-priced favourite to win the opener following an impressive trial win against a strong field of trotters at Menangle last week.

He also looks to have a mortgage on Race 4 with last week’s impressive first-up winner Air Time ($1.65); Race 5 with another last-start winner First String ($1.65) and Race 6 with lightly-raced colt Bomb Suit ($1.65) in what looks a Tuesday feast for favourite backers.

Mike Ko’cass finds us a winner at Menangle S...
Holiday is over . . . the champ’s back in to...
Four ‘good things’ for Menangle today
Mike Ko’cass with the Late Mail for Menangle...
About author