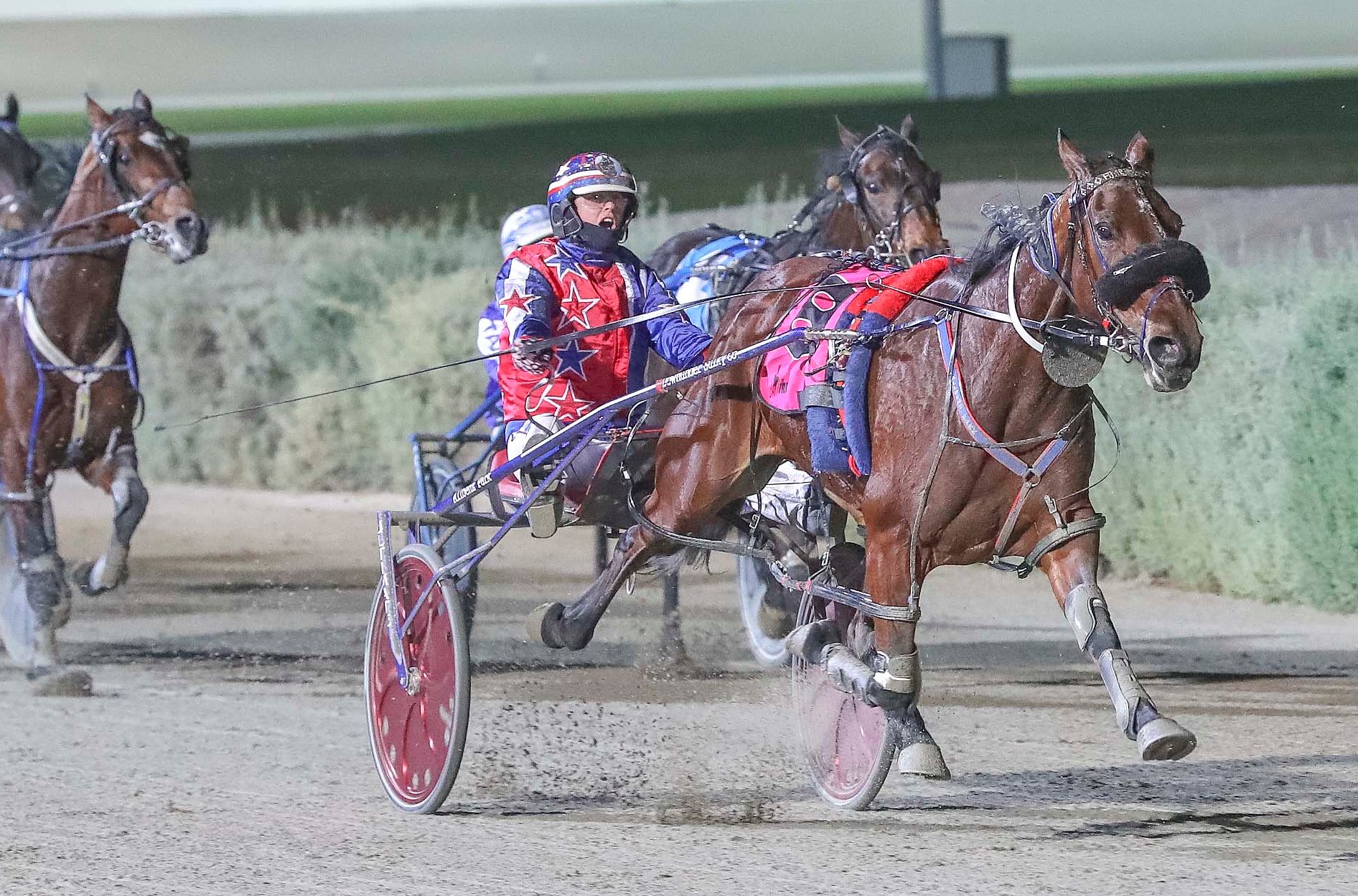 Inters will be star mare’s target

NEW South Wales owned pacer Ameretto, arguably the best mare in the country, is set to take on the boys at the highest level...

NEW South Wales owned pacer Ameretto, arguably the best mare in the country, is set to take on the boys at the highest level later in the year when the Inter Dominion series is held in Victoria.

The Kerryn Manning trained six- year- old proved her worth when she dispensed of Lennytheshark and co in the Golden Reign Free For All at Melton last Saturday night.

Ameretto was back in the field early as the stablemates Im The Boss and the $2.10 favourite Lennytheshark went stride-for-stride in a blistering 41.5s lead time before Lennytheshark assumed the front running.

Chris Alford was able to ease the tempo on Lennytheshark with a 32.6s first quarter while Ameretto landed in the one-out one-back trail for the final 1200m of the race.

Ameretto ($4.70) pulled out three wide to stake her claim around the home turn and the daughter of Million Dollar Cam produced a powerful finale bursting clear half way down the straight scoring by 11m from Im The Boss with Lennytheshark a metre away third.

“I was really happy with the way she felt coming up to the home turn and then she really let down in the straight,” Manning said.

Manning conceded the early speed battle panned out well for her charge.

“I know the race was run to suit but she still did it so easily in the end,” she said.

Ameretto made it back-to-back wins in successive weeks at Melton after racing fiercely when unplaced in the Angelique Club Cup.

“It’s pretty exciting to see her racing in the zone at the moment,” she said.

Manning is reluctant to send the mare for a break despite the lack of suitable races around for her.

“I haven’t really mapped out a plan for the coming months so I will just keep her poking around,” she said.

“She is probably going as good if not better than she was earlier in the season.”

Manning admitted the Inter Dominion heats in November were part of the mare’s long-term plans.

“The Inter Dominion is firmly in mind for her,” she said.