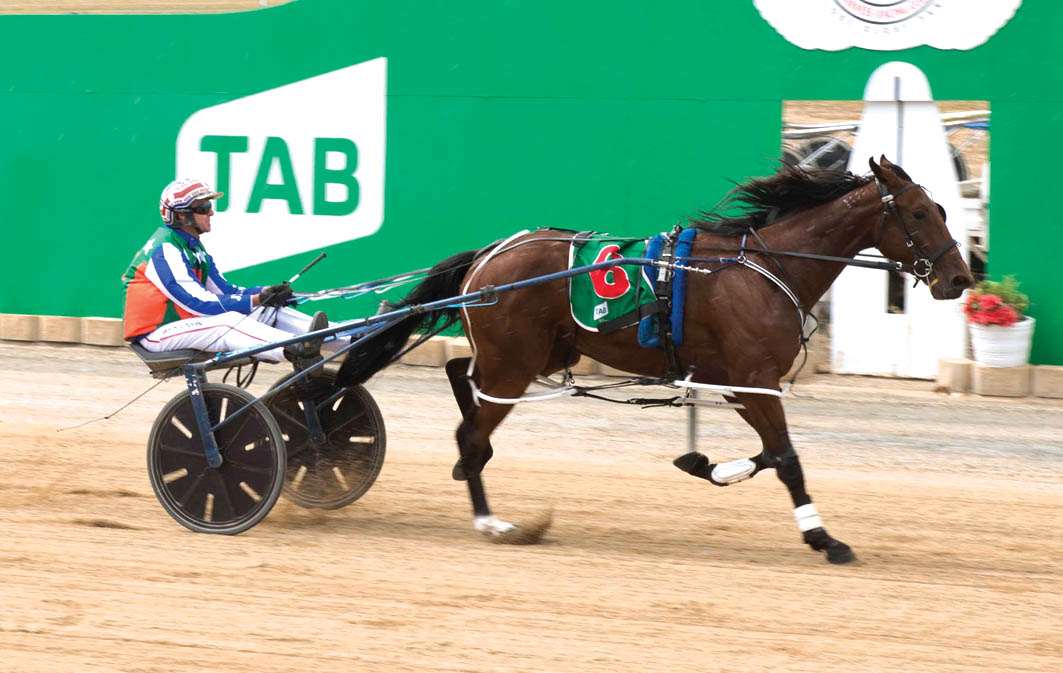 A TRIP across the border is on the cards for promising youngster Wolf Of West Bay. Making a successful return to racing at Globe...

A TRIP across the border is on the cards for promising youngster Wolf Of West Bay.

Making a successful return to racing at Globe Derby yesterday, Wolf Of West Bay is likely to head to Victoria for his next start.

Trainer Alyce Finnis is looking to secure the three-year-old’s Vicbred bonus early before setting her sights on several features.

Those targets include the South Australia Derby on February 8, with the Blue Riband part of the super Pacing Cup card.

“He went very well first-up from a long break,” Finnis said. “We were pretty confident leading into it, but felt Betterthanfederer was an unknown factor which had been trialling well.

“That run will do him the world of good and he’ll be better for the run, which he will have to be when we take him to Victoria.

“We’ll take him there to try and win his Vicbred.”

With Ryan Hryhorec in the cart, Wolf Of West Bay began quickly to lead from barrier four as Eddee raced keenly on his outside.

Striding clear of his older rivals around the home turn, the son of Art Major was untouched to score by four-and-a-half metres from Betterthanfederer, with Eddee battling on to be 17 metres away third.

Rating 2:00.2 over 1800 metres, the three-year-old took his record to five wins and two placings from seven starts.

“We left for Queensland on Sunday and left him in the care of Bronte (Giorgio) where he settled in really well,” Finnis said.

“It was a good blowout for him and a great way to start his new campaign.”