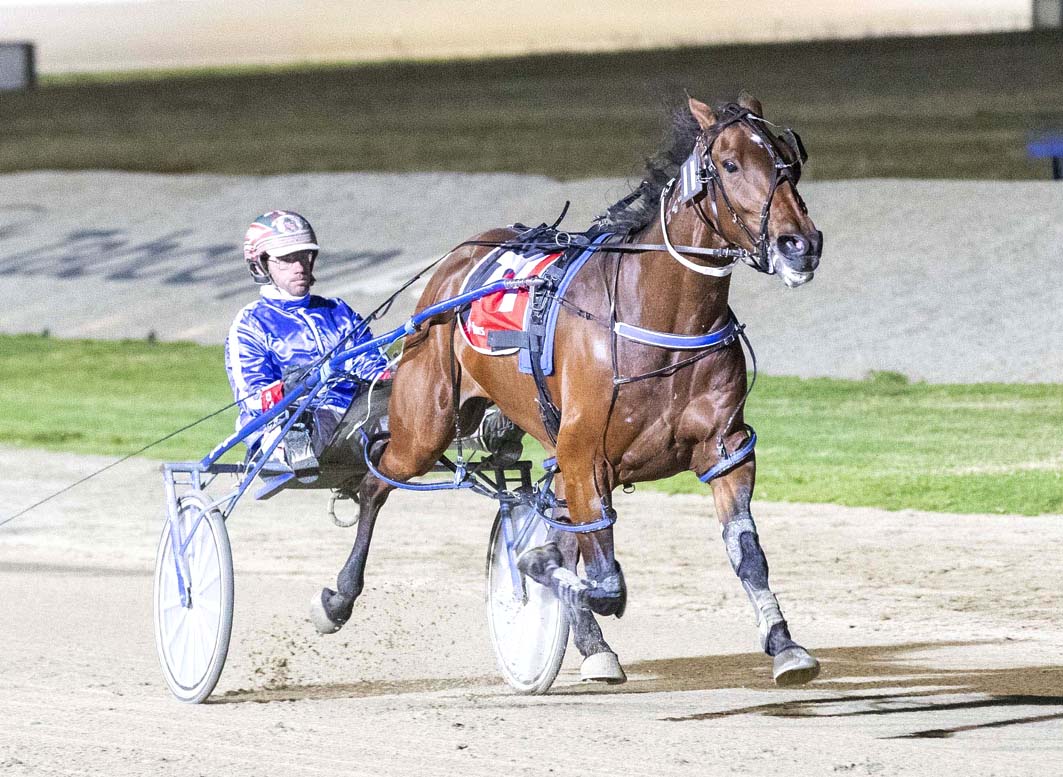 A TRIP across the Nullarbor is on the cards for exciting pacer Holy Basil. Unbeaten from five starts, Holy Basil is in line for...

A TRIP across the Nullarbor is on the cards for exciting pacer Holy Basil.

Unbeaten from five starts, Holy Basil is in line for a hit-and-run mission to Western Australia.

Buoyed by the gelding’s performances trainer Amanda Grieve has set her sights on the Group One Golden Nugget.

The west’s premier four-year-old event is set to be staged at Gloucester Park on December 13.

“At this stage he will be going over for the Nugget,” Grieve said. “There is also another Group One four-year-old race over there in two weeks, but it’s unlucky we’ll go in that.

“The Nugget fits in nicely as it allows plenty of time to have another start here before heading across.”

As for his latest win, Holy Basil toyed with his more experienced rivals at Tabcorp Park Melton on Friday night.

Driven by Greg Sugars, Holy Basil was pushed through from his second draw to be three-wide early as Sheer Modern led from barrier four.

Eased forward, the son of Changeover worked his way to the front as the remaining 1400 metres became a formality.

With Sugars sitting quietly in the cart Holy Basil strode to an impressive 16-and-a-half metre win from Wenthestarzzzaline, with Izzy Jolie a metre-and-a-half away third.

“He did it very easily again,” Grieve said. “He has a tonne of ability but is still working it all out.

“As he gains more experience and races accordingly, like not switching off when he’s out on his own, there is no reason why he won’t develop into a serious horse.”

Along with her Western Australian plans, Grieve has set her sights on The Bonanza and the prestigious Chariots Of Fire.

The Bonanza is scheduled to be run in Melton on January 25, with the winner gaining entry into the Chariots Of Fire at Tabcorp Park Menangle on February 22.