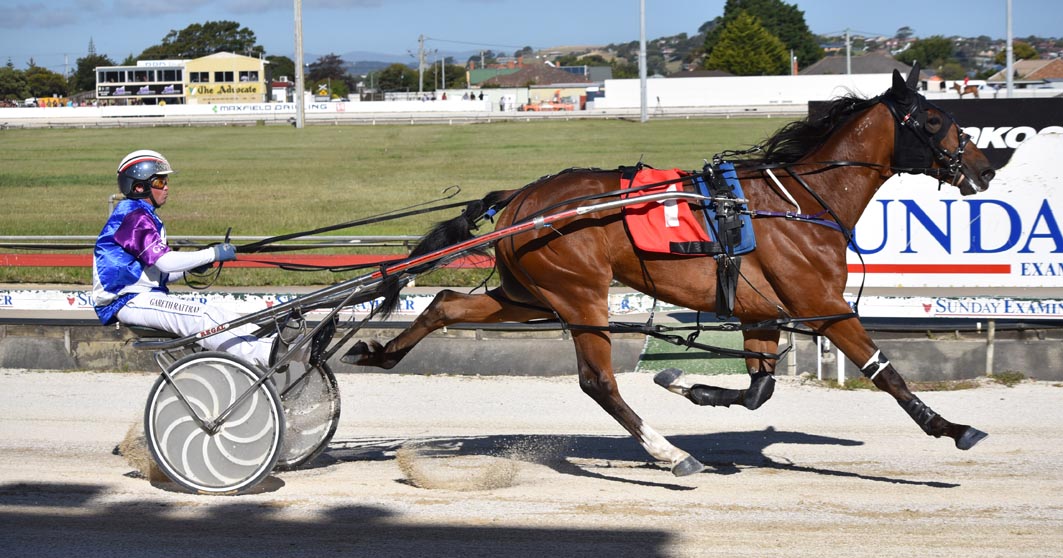 Interstate trip on the cards for Tassie Tiger

PROMISING youngster Bettabrown Tiger should have no trouble extending his impeccable record despite taking on older rivals in Launceston tomorrow night. Successful at six...

PROMISING youngster Bettabrown Tiger should have no trouble extending his impeccable record despite taking on older rivals in Launceston tomorrow night.

Successful at six of his seven starts – while finishing second in the other – Bettabrown Tiger is being readied for a trip across Bass Strait.

Earmarking the Vicbred Silver Series as a solid target for the son of Betterthancheddar, trainer Melissa Maine is using this week’s assignment as a form of confirmation for the interstate campaign.

“The Vicbred is something I have in mind for him, and everything he has done so far suggests he can be competitive, but I will see how he goes this week before making many solid plans,” Maine said.

“He is still learning to put it all together, but has shown really good potential.

“It will be nice to be able to get a couple of runs in a row into him to get him that experience and to lift his fitness right up.”

“He has been working really well since his last start a couple of weeks ago and is ready to run a big race,” Maine said.

“He has shown gate speed to lead from six, so we’ll be going forward again to see where he can settle.”

Following his potential Victorian raid Bettabrown Tiger is likely to be sent for a spell in hope he can develop into an open class performer next season.

“He is eligible for the Breeders’ Crown, but I’m not sure whether we will take aim at that at this stage,” Maine said. “He’s likely to go for a good break.

“He has a lot of potential and will be a better racehorse in 12 months with a bit more experience and maturity.

“Plus he is a big horse, at least 16 hands and is still growing.”