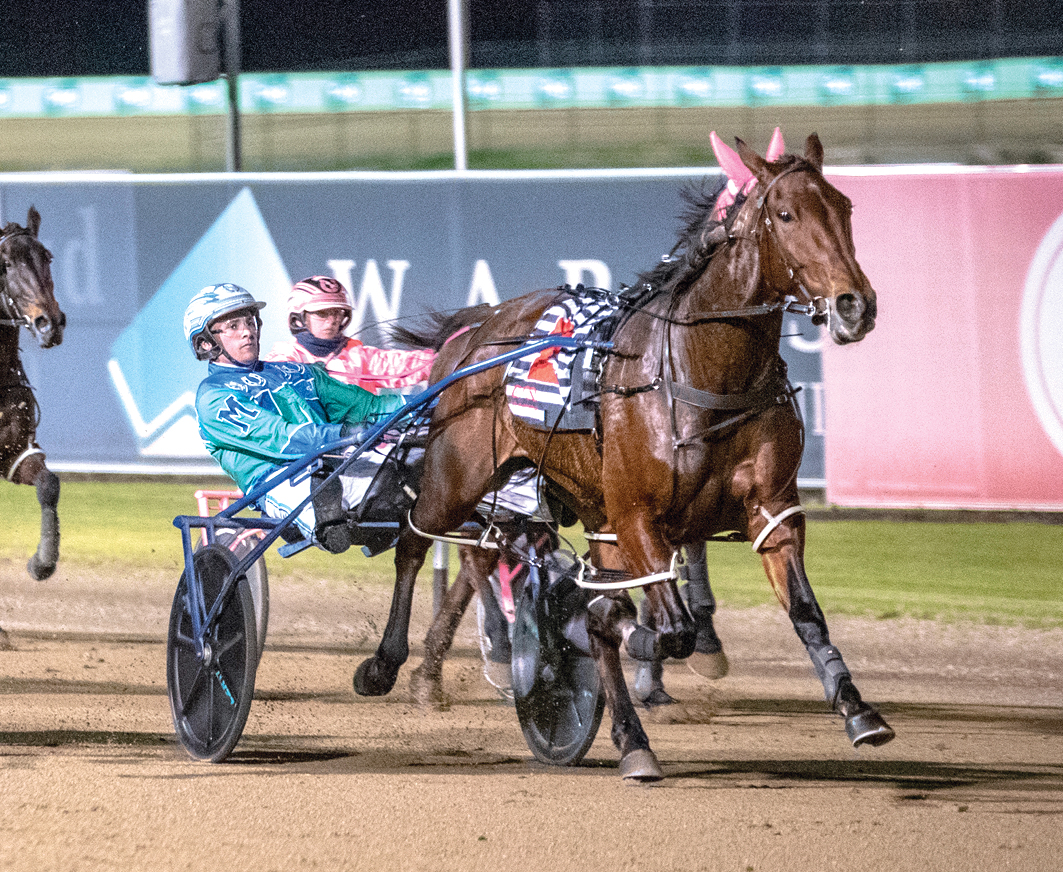 Thrilled with Cash N Flow’s performance in the Group Two Bulli Cup, trainer Craig Cross revealed his plans for the gelding, which include crossing the border.

Along with aiming for the Len Smith Mile in Menangle on June 30, Cross is looking to head north with the son of Mach Three.

Cross has set his sights on the Sunshine Sprint at Albion Park on July 13 and The Blacks A Fake a week later.

“He won’t race again for a couple of weeks with the J D Watts Memorial at Menangle the next race for him,” Cross said.

“If he keeps racing well enough we will aim at the Len Smith Mile before going to Queensland for the Winter Carnival.”

With McCarthy stealing a break at the top of the home stretch, Cash N Flow was able to stave off a determined Ellmers Image to score by a half-neck, with Salty Robyn three-and-a-half metres away third.

“He went really well. I’m very happy with him,” Cross said. “He drew well and had been working great so I was quite confident he could upset them.

“He seems to like mile racing better and from the draw the race suited him.”