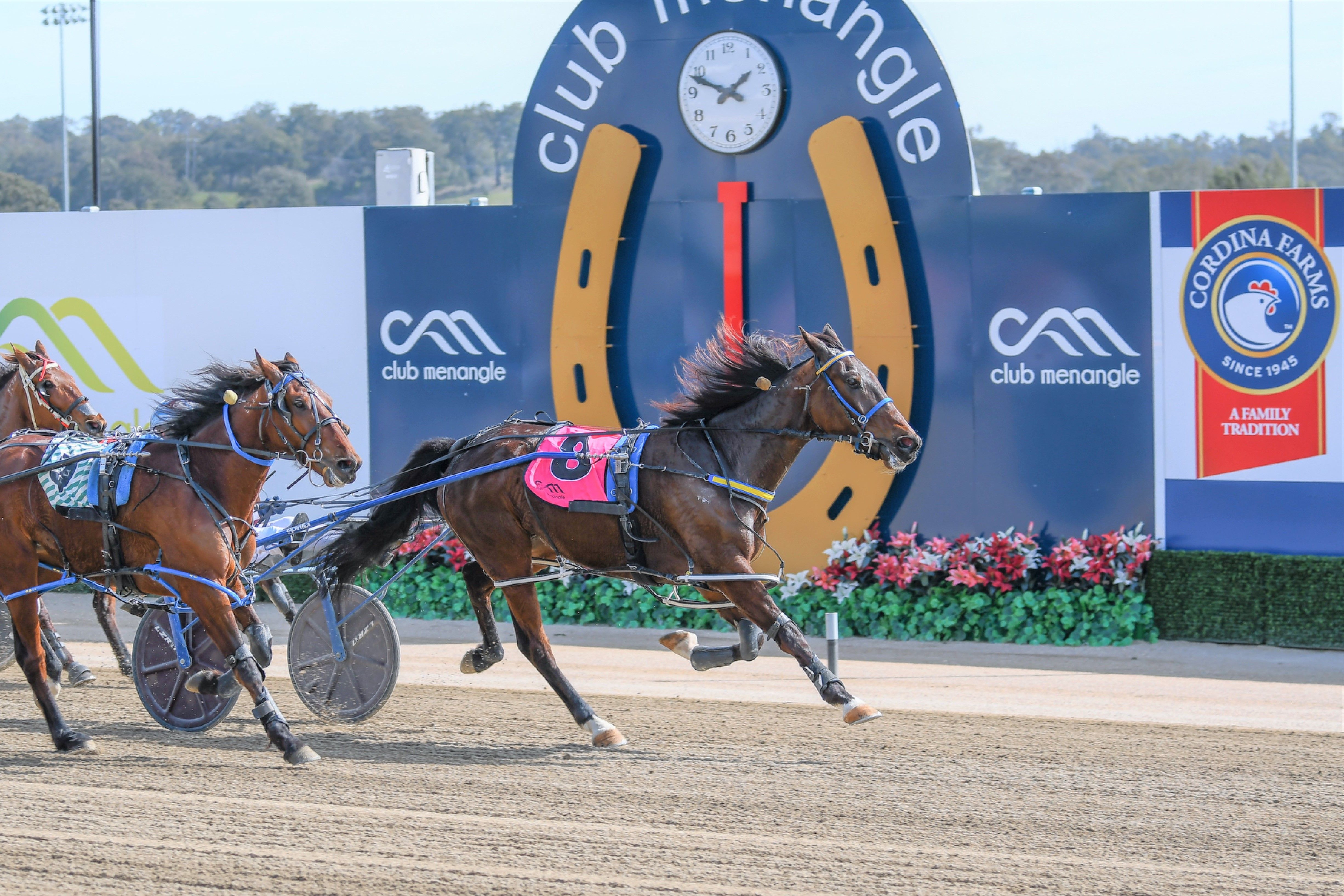 ‘Invaders’ springing up in the Riverina

Crime Dont Pay1 Michael Hawke1 Young7
A COUPLE of ‘invaders’ are ready to rattle the locals in tonight’s heats of the NSW Breeders Challenge at Young. Canberra trainer Michael Hawke...

A COUPLE of ‘invaders’ are ready to rattle the locals in tonight’s heats of the NSW Breeders Challenge at Young.

Canberra trainer Michael Hawke and Bathurst’s Mat Rue have both been given special dispensation to race their horses at Young tonight, even though they come from outside that region.

It has been a frustrating few months for Hawke, who has been forced to restrict his team to racing at Menangle in the past few months, due to the COVIT-19 pandemic.

With no Canberra meetings to contest, it has been a tough road to hoe for Hawke with winners hard to come by.

Still he and his daughter Melissa, who will take the reins, head for Young tonight with a leading chance in the three-year-old colts and geldings’ heat of the Breeders Challenge.

Crime Dont Pay has chalked up three impressive placings in quick times at Menangle at his past three starts and the consistent son of Sportswriter gets the chance utilise his gate speed and take up a forward position from gate four tonight in Race 2.

Mat Rue has been restricted to racing his team at Bathurst, Dubbo and Parkes but arrives in Young with the lightly-raced Beast Mode, a last-start Dubbo winner, who also gets his shot at qualifying for the semi-finals of the Breeders Challenge.

Allowing these ‘outsiders’ to race at Young is one of the necessary and quite expensive adjustments that Harness Racing NSW have been forced to make to the series this year in an effort to give everyone an even chance of qualifying their horses for the big money at stake.

It means the horses and their teams have to be isolated away from their rivals until they go onto the track to race.

It has also meant an official from HRNSW has to be present to ensure that strict isolation protocols are adhered to.

One HRNSW official, Maurice Logue, had to cover more than 800kms and spend about 10 hours on the road between Sydney and Tamworth last week to watch Menangle reinsman Rickie Alchin qualify his impressive youngster Watts Up Sunshine for the next round of the two-year-old colts and geldings division of the Breeders Challenge.

It was Alchin’s first Tamworth visit for 12 years and it produced the right result with a stunning 30-metre win over Artful Jack and Roclea Ruler in a 1:59.3 mile rate.

“I think he is an above-average horse with a bright future,” said Alchin, who has just returned from a three-month campaign in Queensland.