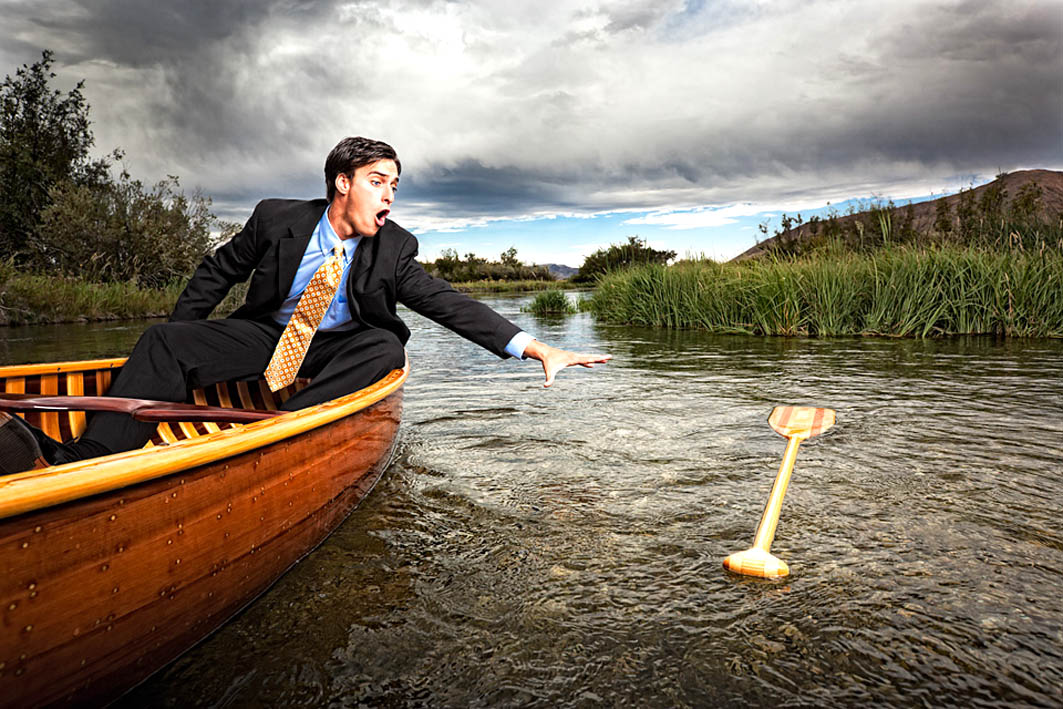 Is embattled club up ‘that’ creek without a paddle?

WE ALL know that creek which nobody wants to be up without a paddle! Sadly for South Australian participants it is precisely where they...

WE ALL know that creek which nobody wants to be up without a paddle!

Sadly for South Australian participants it is precisely where they feel they’re positioned following the sounding of the latest alarm bells.

To the shock of participants and the surprise of the club President, signs were posted around various allotments at Globe Derby last night.

While that doesn’t exactly scream ‘grab a paddle’, the text of the notices certainly does.

A Mortgagee of the allotments has taken possession of the land and issued a warning any entrance to the grounds will be treated as trespassing.

In a nutshell, the Club has been banned from entering its land!

“The Mortgagee has taken possession of the Land pursuant to their Mortgage” the notice reads.

“If you enter on to the Land without permission of the Mortgagee or their solicitors Summer Lawyers you will be trespassing and liable to prosecution.” 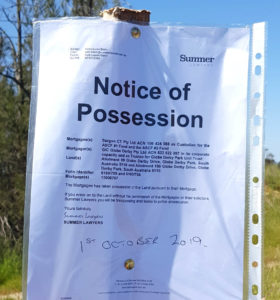 ONE of several Notice of Possession signs erected by the Mortgagee

As part of their plan to erase some of the venue’s ever growing debt, the South Australian Harness Racing Club committee decided to sell excess land to a developer.

This led to the club signing over the land to the developer who then borrowed against the property but has fallen short of the required conditions, leaving ownership of the land to the financier.

Club President Richard Miller, however, declared the situation is not as dire as it appears.

“We have been in contact with our lawyer who is protecting our interests and she reckons the situation is in hand,” Miller said.

“The developer is seeking to refinance the property to move into the construction phase and he’s been a bit tardy with and annoyed his financier, which is why they have posted the notice on the land.

“The developer borrowed against the land which the club signed over to him without getting paid in full.

“He has the title to the land – he owns it, but we have got legitimate legal claims to what is owed to us.

“The club has also got a mortgage on the land so we have still got some rights to the land to recover the monies owed.

“Our information is this will be resolved within a few days and the signs will be removed.”

With last year’s original deadline for the balance of the payment clearly missed, Miller reassured members the club will receive the owed money before the end of October.

“We are expecting to get settlement in the next few weeks,” Miller declared. “Last December was the timing we were working to but it has dragged on.

“The money will be paid very soon. There is no particular date yet, but that’s what we’re working on.

“We are moving with him not against him to get it over the line…we can see the solution in front of our noses.”

According to a real estate source, the club has lost the land, having only received a deposit at the time of the signing.

The source stated it is impossible for the land to be refinanced now the Mortgagee has taken possession as it is no longer owned by the club or the developer to allow refinancing to take place.

“The land is now owned by the Mortgagee, as they stated in their notice, they have taken possession, so how can the club, developer or anyone refinance land they do not own?” the source explained.

“The Mortgagee will sell it to recover the money they loaned out against the land.”

Participants hope the real estate source is wrong and Miller’s declaration of being paid within “the next few weeks” can provide a sigh of relief for the industry.