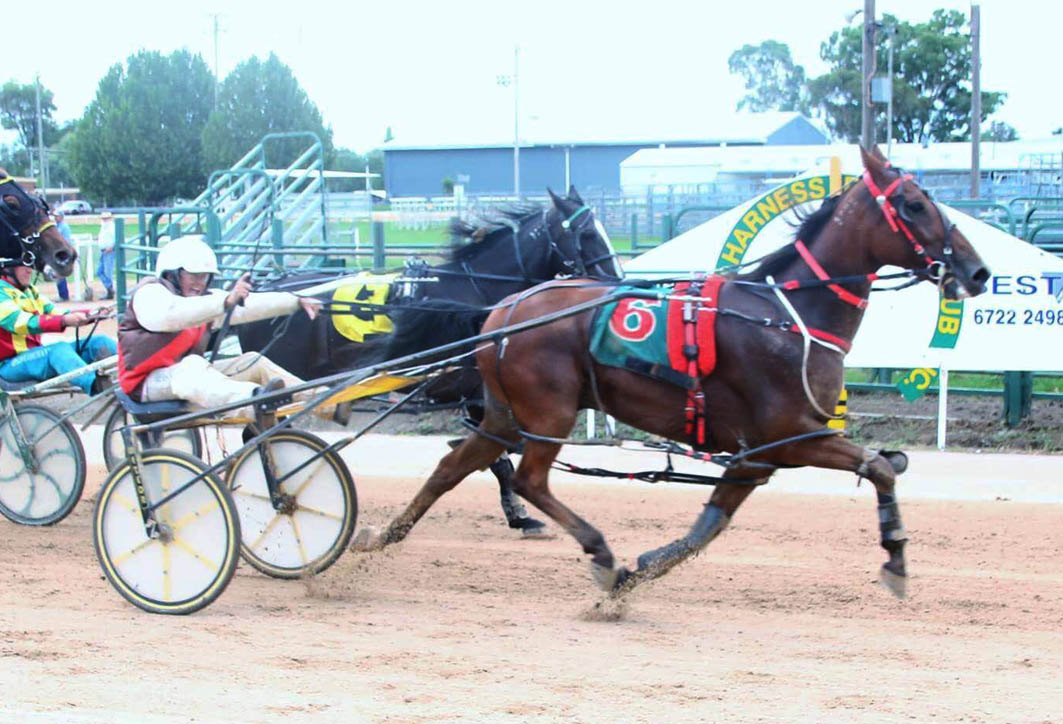 It all worked out in the end!

“HE IS our little favourite and today he has done the job.” That was how New South Wales horseman Dean Chapple described his victory...

“HE IS our little favourite and today he has done the job.”

That was how New South Wales horseman Dean Chapple described his victory in the feature race at yesterday’s Inverell meeting, the Tabcorp Inverell Cup, with Right On With It.

“It was a good run and it was good to win the race – we got the big one,” Chapple said. “His stable name is Shorty.

“We brought him for not much money and the old owners have come back into the game and now we have made it worthwhile.”

Beginning from the insider of the second line, Right On With It landed three-back along the pegs, while his stablemate Certainlywillbe led.

Chapple admitted the gelding’s position meant he had to ponder his chances of getting a crack at the leaders.

“I was worried as I knew Reciprocity would come around and put a bit of pepper into the race,” Chapple said. “When Condafew got to the front of Reciprocity it actually panned out well for us and things went our way.”

Reciprocity, which was sent out as the favourite, raced around the field to sit outside leader, before making his way to the front at the top of the home straight.

Right On With It gained a split before racing three-wide down the home stretch to career away for a two-and-a-half metre win from Condafew, with Reciprocity two metres away third.

“He’s fast, but he is weak at the same time and when it’s over it’s over,” Chapple said. “I was just waiting for that winning post to come up.

“Now I can say it panned it just great.”

Earlier in the day Chapple was successful with Esspe Supreme, which led throughout the opening event.

“I think he is a class horse which is better with a sit, but it panned out well today and he got the win,” Chapple said. “His owners have been patient as he is a nightmare horse.”

Chapple will head to Armidale on Sunday in the search for more feature wins.

Better the devil you know?
Kiwi mare too slick at Yonkers
Australian Group One winner undefeated in US
Big Breeders’ bets
About author