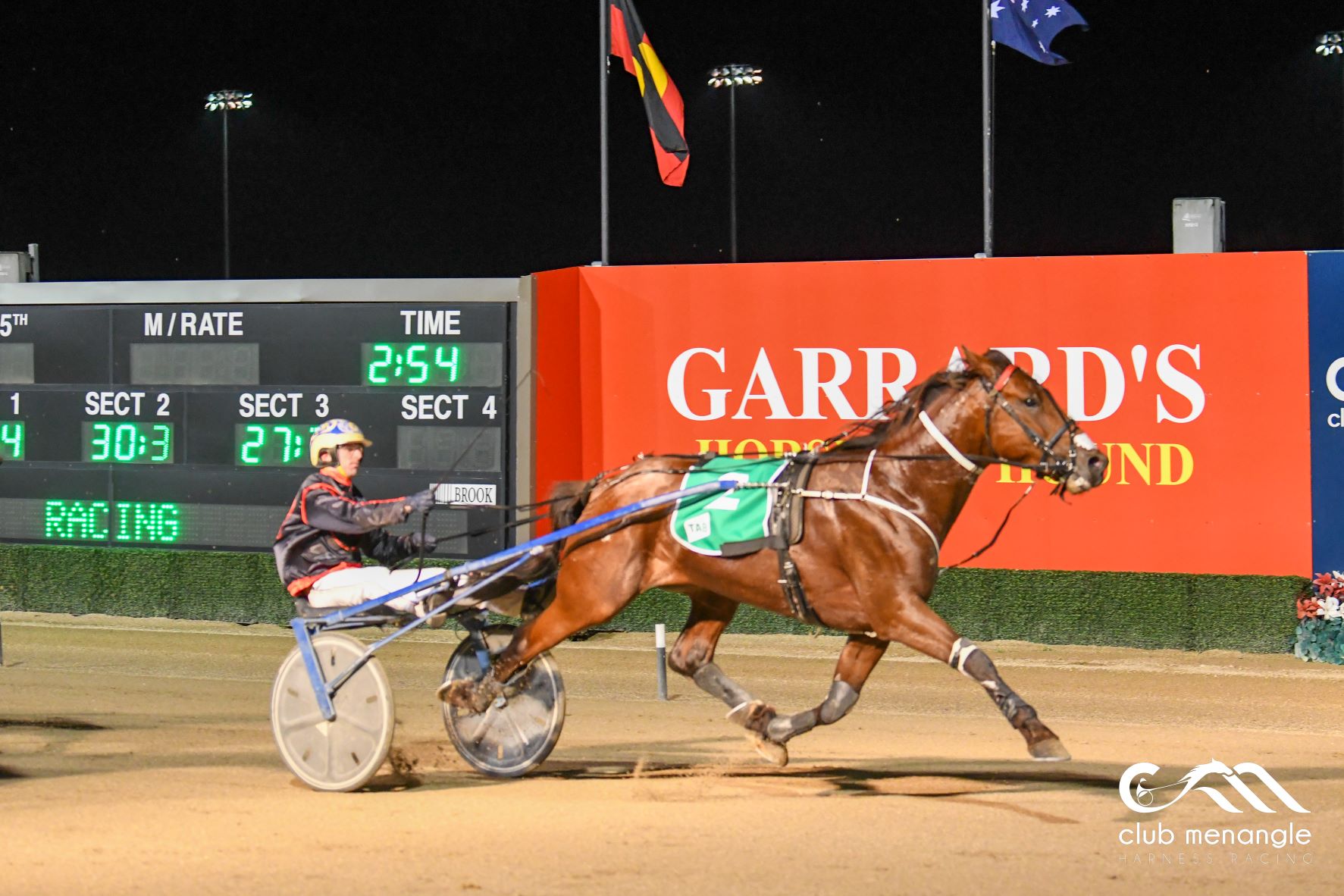 IT was just the result the TAB Inter Dominion Trotters Championship needed.

The win by four-year-old squaregaiter Timothy Red stole the show from many of the big guns with a stunning victory in Heat Two of the Trotters Series at Tabcorp Park Menangle.

All the focus and most of the betting had been centred around Tough Monarch and Pink Galahs but it was the Joe and Mary Rando training combination that triumphed when Timothy Red and young reinsman Cameron Hart scored a stunning win over Kyvalley Chief and Pink Galahs in a triumph that has turned the series on its head.

Joe’s father Steve Rando, a former ace trainer-driver with many Harold Park triumphs on his resume was straight on the phone to Joe and shed a tear or two he was so overcome with joy for his son and daughter-in-law’s victory.

“This horse has just come so far in such a short time,” said Joe.

“He’s the best horse I’ve trained, for sure.

“And he’s right where we want him now.

“Mark Purdon does things like this – not Joe Rando.

“This is just amazing.”

Young reinsman Cameron Hart was just has ecstatic by the ease of their victory over some stars of trotting.

“A win like this is something you dream of as a kid,” he said.

“I haven’t been around all that long so to win a heat of the Inter Dominion at such a young age is certainly pretty special.

“Frankly, I thought this horse was probably 12 months away from being able to race like this.

“We can only hope for a couple of nice draws and good runs to be there when the final comes around and hopefully, we’ll be right in it then too.

“The Randos have done a great job with this young trotter, that’s for sure.”