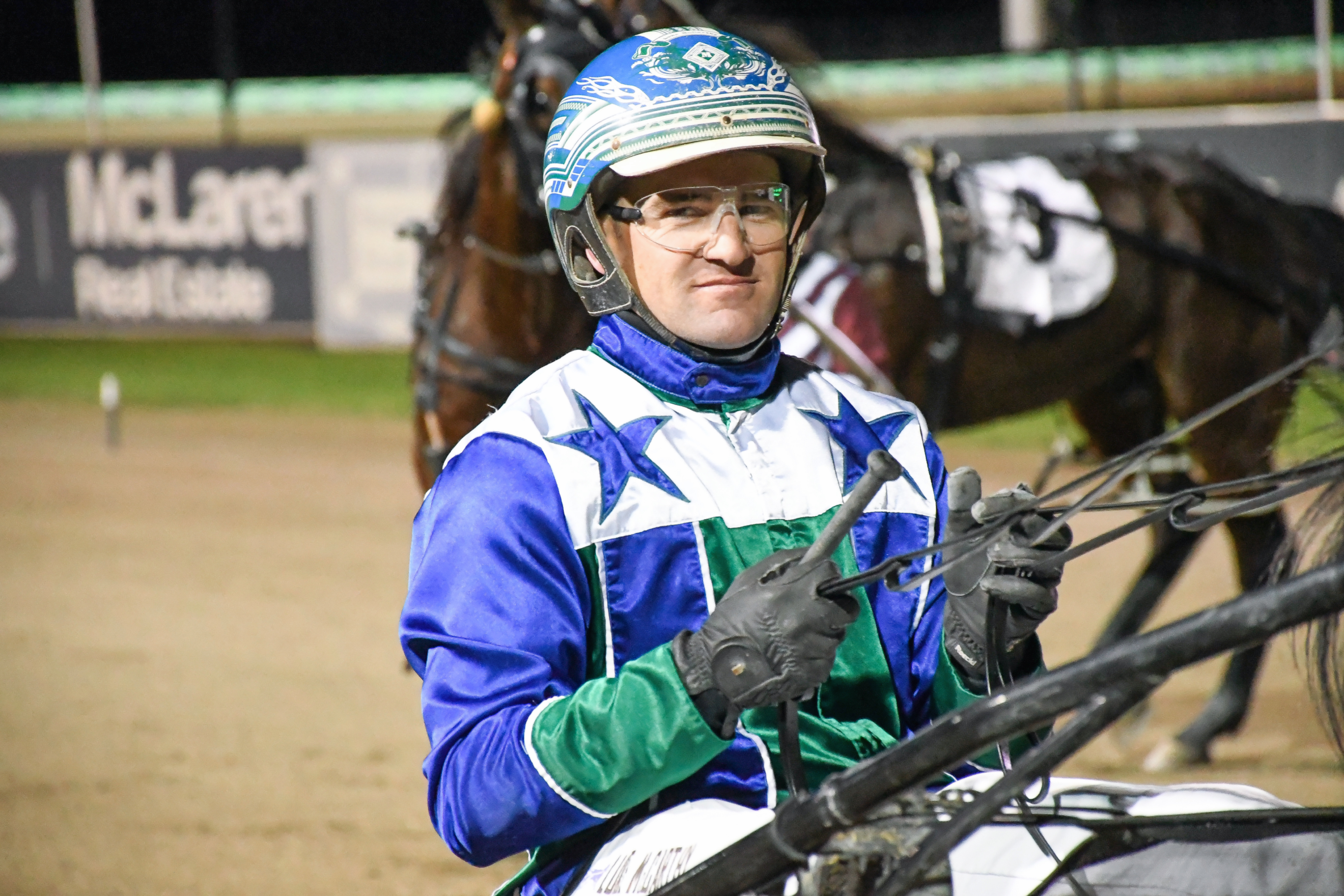 breeders challenge7
NOBODY, but nobody drives Tabcorp Park Menangle quite like champion reinsman Luke McCarthy. The man they’re calling ‘Menangle’s maestro’ did it again at the...

NOBODY, but nobody drives Tabcorp Park Menangle quite like champion reinsman Luke McCarthy.

The man they’re calling ‘Menangle’s maestro’ did it again at the south-western Sydney circuit again tonight, claiming the first Group 1 of an epic evening, scoring with three-year-old gelding Mach Dan for the Tim Butt stables.

Like so many of these major races, the first 100m is where the race can be won or lost and McCarthy switched on the gelded son of Mach Three to quickly secure the perfect spot behind the leader, Jerulas Grin.

Despite coming from gate four, McCarthy found the pegs and never went around another horse.

The improving Our Money Rocks (Jack Trainor) helped make the race a war of attrition as he darted across from the outside barrier to eyeball Jerulas Grin for much of the 1609m.

McCarthy was happily smoking his pipe behind the speed and made his move when the leader lugged off the pegs as they turned for home.

The well-backed Private Eye (Rob Morris) was about to make a run from near the tail of the field but missed his gait and lost all chance.

Our Money Rocks hung on tenaciously to take second place, with despised outsider Big Black Diamond (Tom Ison) an eye-catching third after coming from near the back of the field.

Butt took over the training of Mach Dan from Victoria’s Emma Stewart and McCarthy already had an affiliation with the youngster, winning a heat of the Gold Challice at Bathurst earlier this year.

With Butt in control, Mach Dan put the writing on the wall with two impressive third placings in the heat and then the semi-final of the Breeders Challenge.

Yet his run in the final could not have been more perfect as McCarthy set himself for another big night at the track that has handed him more winners than any venue in the world.