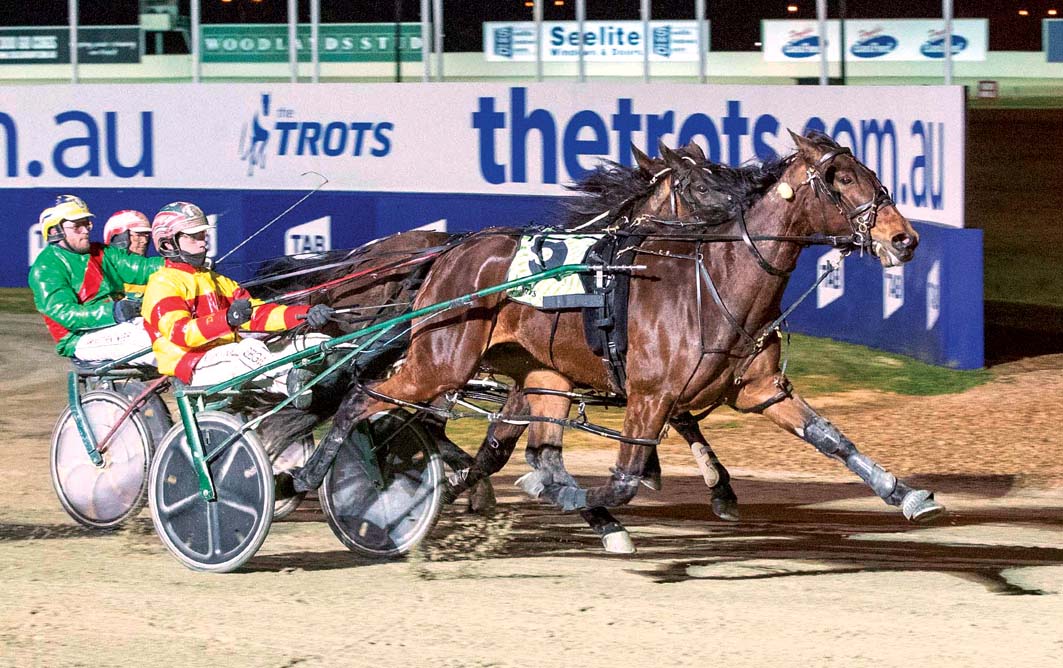 HAVING completed her early season mission, Izzy Jolie has been sent for a spell in preparation for various major targets later in the term....

HAVING completed her early season mission, Izzy Jolie has been sent for a spell in preparation for various major targets later in the term.

Winner of last night’s Home Grown Classic at Tabcorp Park Melton, Izzy Jolie will spend “about two months” in a paddock before trainer David Miles takes aim at features such as the Victoria Oaks.

“She has come a long way early in the season,” Miles said. “The last couple of months she has really been starting to put best hoof forward

“To get a win like this with her is terrific and hopefully there will be more to come.

“She’ll go straight to the paddock now as she is a big overgrown filly which will benefit from having a good spell.

“I will give her about two months off and you won’t see her at the races until next year now.”

With Greg Sugars holding the reins, Izzy Jolie was given time to settle from her second row draw before being sent forward to race outside the leader, Tweet About It.

Rating 1:58 over 1720 metres, the three-year-old stretched her record to two wins and three placings from five starts for earnings of $33,550.

“She did a great job,” Miles said. “After her heat Greg got off her and said we’ll win the Final.

“She is a progressing sort of filly which should improve next time in.

“I will aim her at the big ones and if shapes up then that’s great. She’s got to take one more step to be competitive with the top ones, but she is putting herself in right direction.”