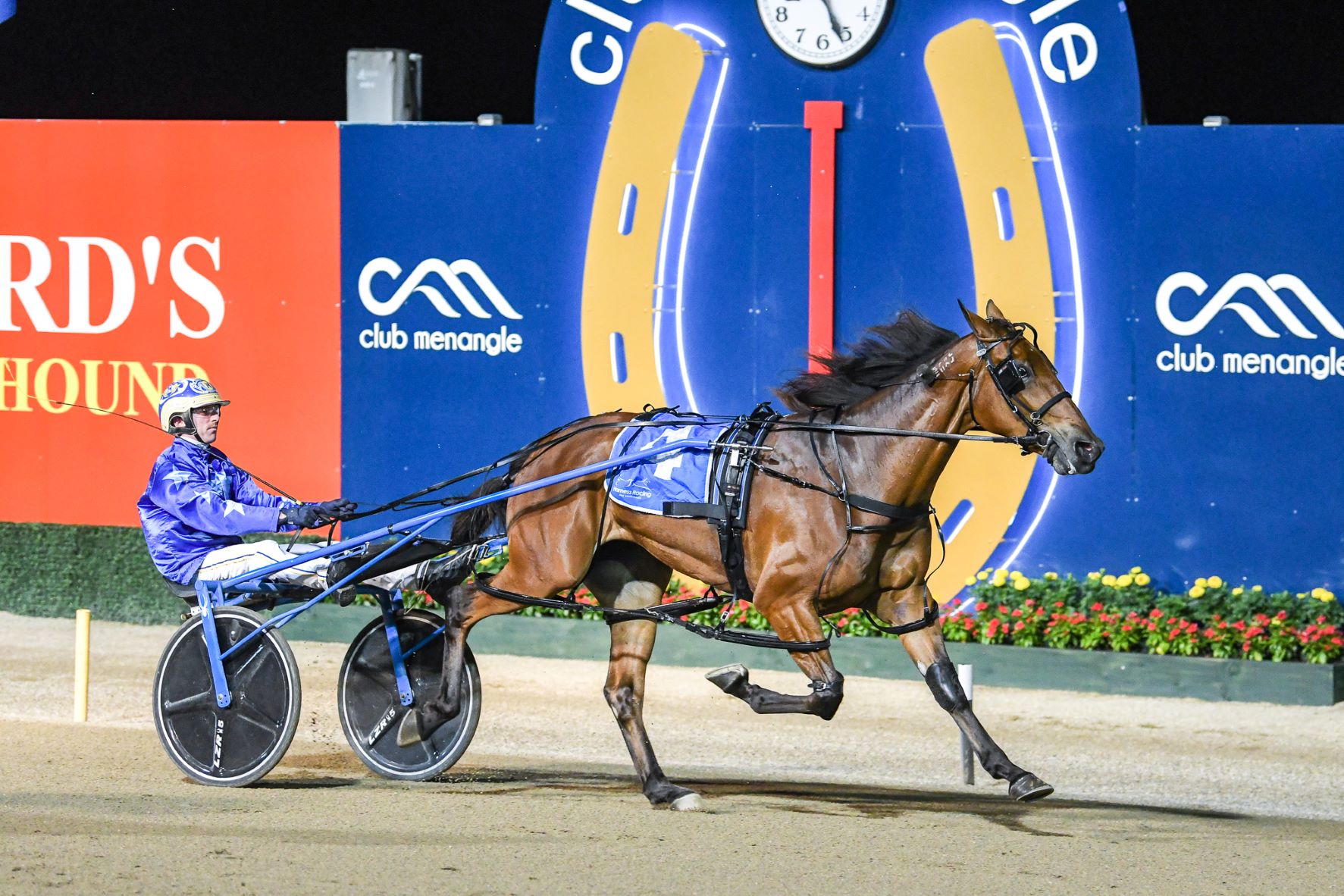 Jack, Hart hoping for a ‘quaddie’

Cameron Hart23 Nathan Jack1
IT is always a highlight for the leading freelance drivers to contest the feature carnivals and races, right across Australasia. This is what they...

IT is always a highlight for the leading freelance drivers to contest the feature carnivals and races, right across Australasia.

This is what they work so hard to achieve.

Two of the best in the gig, Cameron Hart and Nathan Jack will both be aiming to capture the four Group 1 races at Bathurst tonight, each being booked on serious chances in the respective features.

Jack will drive three of the four favoured runners in the Crown, Tiara and Bracelet while two of Hart’s drives are solid in the market.

“The Bathurst carnival is one of the best anywhere in Australia for the juvenile horses and it is a great honour to have four drives in each of the Group 1 races,” said Hart.

“The best of my chances of snaring a feature win are Iambecauseofyou and Madrid in the Gold Chalice and Bracelet as both are highly talented three year olds.

“Iambecausofyou is a strong horse that is perfectly mannered and has drawn perfectly in the Chalice final.

“His run on Monday to qualify was super and his form of late is very hard to fault.

“From the draw I am confident he should find a prominent spot up near the lead and be hard to hold over the latter stages of the race.

“Madrid wasn’t so lucky with the draw and with the favourite Just Hope inside her at the barrier it is going to make our task a lot tougher.

“Still, our filly is very talented, and her form is impeccable, and I would not be writing her off.

“I am also driving Miss Exclusive for Mat Rue and her heat win was brilliant.

“Despite drawing the back line, I feel with luck in the run, she will be booming home over the final stages.

“My fourth drive is aboard Naturally Gifted in the Gold Crown.

“I really liked the way he won his heat and despite the race being littered with so much talent, my horse is definitely a really good chance.

“Luck certainly plays a big part in the outcome of these races.

“And I believe if I can get my share, I will be able to turn it into something fruitful.”

It’s Crunch Time for Cameron
Cam’s looking to keep the excitment brewing
At 22, his ‘Hart’ is in the right plac...
He’s already eyeing 100 winners for the seas...
About author