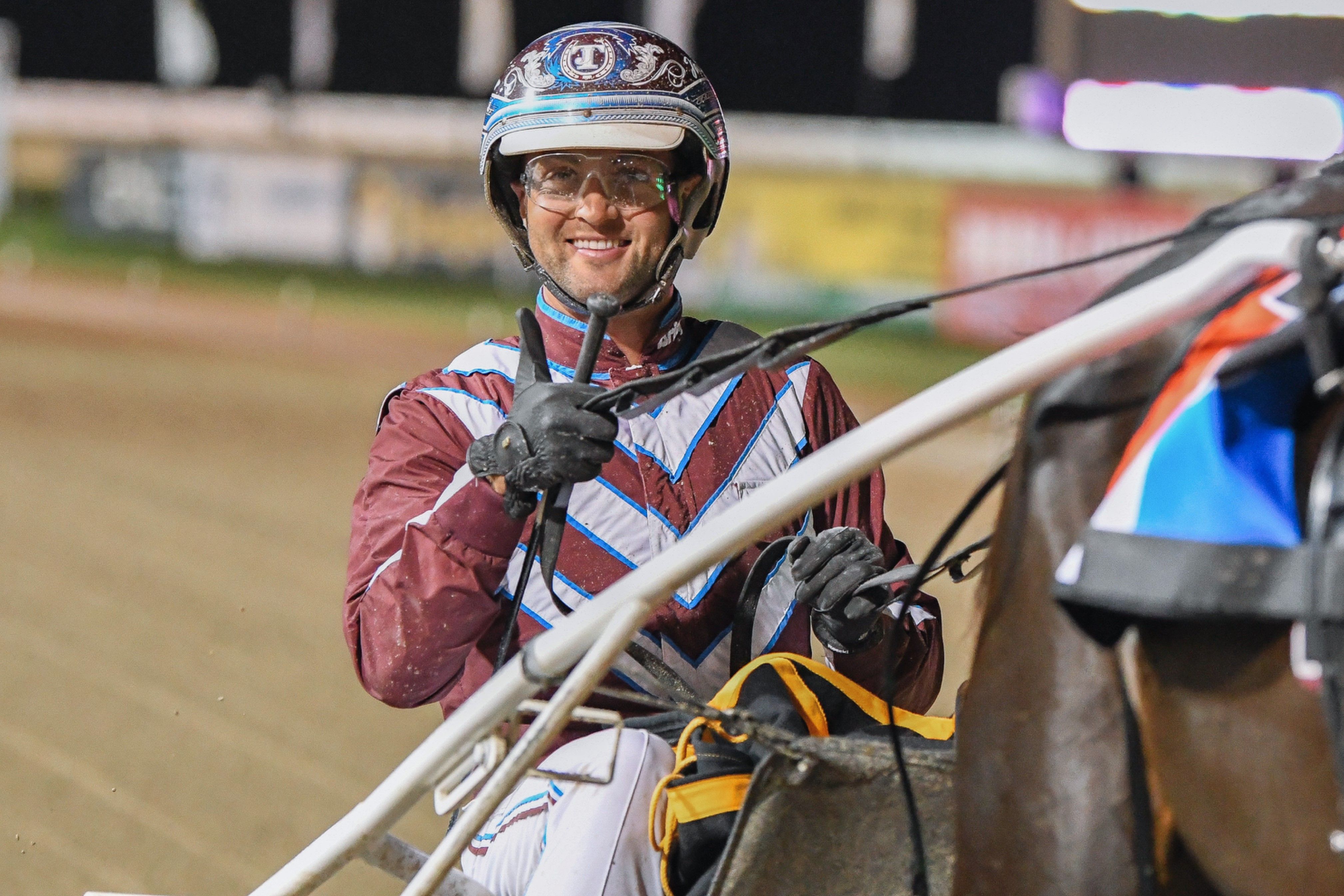 Jack’s loving his stint at the top

Dibaba1 Jack Trainor20
THERE’S an extra spring in the step of leading reinsman Jack Trainor as he heads for Newcastle for tonight’s strong nine-race program. Trainor is...

THERE’S an extra spring in the step of leading reinsman Jack Trainor as he heads for Newcastle for tonight’s strong nine-race program.

Trainor is a regular visitor to the Hunter Valley, but he heads there this evening with the distinction of being at the helm of the State’s Driver’s Premiership.

It is the first time in a long time that Cobbitty horseman, Luke McCarthy is not on top, albeit he sits on 75 winners, just one shy of Jack’s tally of 76.

And with almost seven months remaining in the premiership race, Trainor is under no illusion that the leaderboard will stay the same.

But he will concentrate on the job at hand tonight when he will handle three leading chances at Newcastle.

His first runner is his bonny mare, former Western Australian Dibaba, who has been a revelation since joining Trainor’s stable at the beginning of the year.

From 11 starts in New South Wales, Dibaba has won 10, her only failure being at the hands of Posh On The Beach at Penrith, when she was run down in the last few strides.

Dibaba does have to overcome a wide gate six draw but the race is over the 2030m distance so it is likely Trainor will be able to get the mare across the face of the field and take the lead.

Her main danger is in-form gelding Stealth Bomba, which is trained in the Hunter region by Lisa McDonald and will be driven by Ashley Hart.

After winning back-to-back at Maitland, Stealth Bomba travelled up to Armidale where he rated 1.57.2 to win clearly.

Blissful Lilly is favourite in a wide betting race and was a Newcastle winner on April 30, while Trainor’s third drive is aboard the Michael Doltoff-trained Far Out Bro, which has been consistent without winning this term.

He has drawn ideally in gate one but does come up against The Banker from the strong Belinda McCarthy barn.

It will be The Banker’s first start since coming over from New Zealand where he done most of his racing at Cambridge, winning five races there.

McCarthy will rely on young newcomer Mason Beresford to provide her with a second winning chance tonight when he partners American Flyer in Race 8.

‘Rookie’ trainer is in demand
Trainor enjoying the fruits of his hard work
Trainor has one more hurdle before the party start...
Trainor’s just loving this new challenge
About author