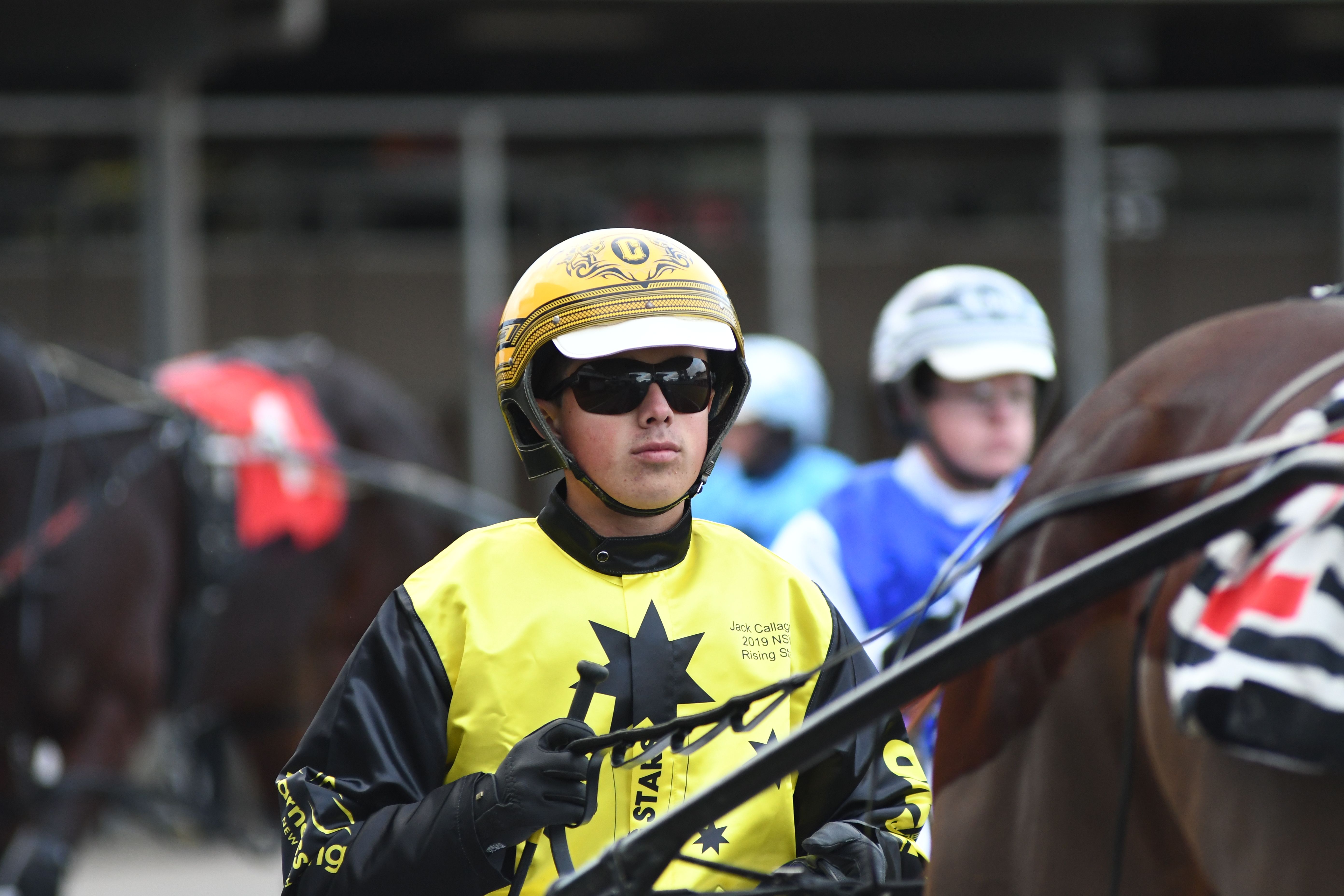 Jack’s on fire with a ‘famous’ five

Jack Callaghan16
THRUSTING your name up alongside some of the champions of our sport is never easy. Yet up and coming young reinsman Jack Callaghan did...

THRUSTING your name up alongside some of the champions of our sport is never easy.

Yet up and coming young reinsman Jack Callaghan did the unthinkable at Newcastle on Monday night, landing the last five winners in succession to etch his name into the record books.

Others, like Brian Hancock and Blake Fitzpatrick, have done it just once in their stellar careers.

And much to Callaghan’s own delight, his father Mark, an accomplished reinsman, has never landed five winners at one race meeting either.

Callaghan had been doing some occasional work with leading trainer John McCarthy and his team in Sydney until the Corona virus hit which has restricted him to driving at just the Northern region NSW meetings.

The Morisset reinsman showed he had learned a thing or two with some superb drives at Newcastle, scoring with Miss Ciriello (Race 4), Yourblueyescrying (Race 5), Repartee (Race 6), Misterfire (Race 7) and For The Bettor (Race 8), with two of those last three winners for his father Mark, which made it an even more satisfying day for the Callaghan stables.

And for those who love the parlays and all-ups, a $1 all-up bet on Callaghan’s five winners would have netted about $435. So a parlay would probably have run into the thousands.

And while he would have loved to have added to the day by driving at Menangle’s meeting later that night, it was home for dinner with the family and to talk about his day to remember.

“Yep, it’s been a pretty good day, but you can never get too carried away,” Callaghan said.

“It is satisfying. I went into the day thinking I had a pretty good day . . . but I didn’t really expect that.

“I thought I had some nice drives with a few in pretty good form and if they had their fair share of luck, they’d be competitive . . . and most of them travelled well and we got them home.

“One of my aims in the near future is to get more Sydney drives but with the current regionalisation that makes it a bit difficult for the moment.

“I have never worked full time in Sydney.

“But the only tracks I can drive at the moment are Newcastle and Tamworth – the two tracks in our region.”

Callaghan said the most impressive winner was probably For The Bettor.

“He raced really well with a slick last half and was running right through the line over the 2000m, so he was impressive,” said the 18-year-old reinsman.

“Miss Ciriello went really well too from the good draw and travelled really strong throughout and sprinted up her last half really well.”

Callaghan watched Tom Ison, who drove four winners at Newcastle last Saturday night and was full of praise for his effort.

“He also won the first race today so he’s going well at the moment too,” Callaghan said.

And naturally Dad Mark was super proud of his son’s five wins.

“The most he’s driven is four, so it was good to get one up on him,” grinned Jack.

“He was proud of me and luckily some of those wins were on his horses too.

“Actually, Dad said to me after the first couple ‘I hope you haven’t used up all your luck too early’.

But the teenage ace is loving life and works about 12 horses with his father at their home base at Morisset.

“It’s all going well, at the moment – we do all our fast work here too,” Callaghan said.

“Dad is happy to give me the majority of the drives at the moment – and they’re all going well, which is the main thing.

“He’s a really good driver in his own right and he’s taught me a lot.”

I will now drive next Saturday night at Newcastle; I should have a few drives there.”

Callaghan is one of a great array of talent that Newcastle can boast at the moment with Callaghan, Ison and the Hughes brothers coming to the fore.

“We’ve got some really good young drivers, especially among the junior drivers, which makes for competitive racing,” Callaghan said.

“Hopefully this COVIT-19 things passes soon . . . but safety is the No 1 priority at the moment.

“I have won a couple of races at Menangle for Brad Hewitt and Blake Fitzpatrick, but I would like to get back there and win some more races, for sure.”

Callaghan rates Royal Gamble as possibly the best horse he has piloted at this stage.

He’s proving a ‘Jack’ of all tra...
Callaghan in for a busy night at ‘The Big M&...
Jack makes it a night to remember
Club Menangle Medal ‘mid-year’ challenges from Iso...
About author