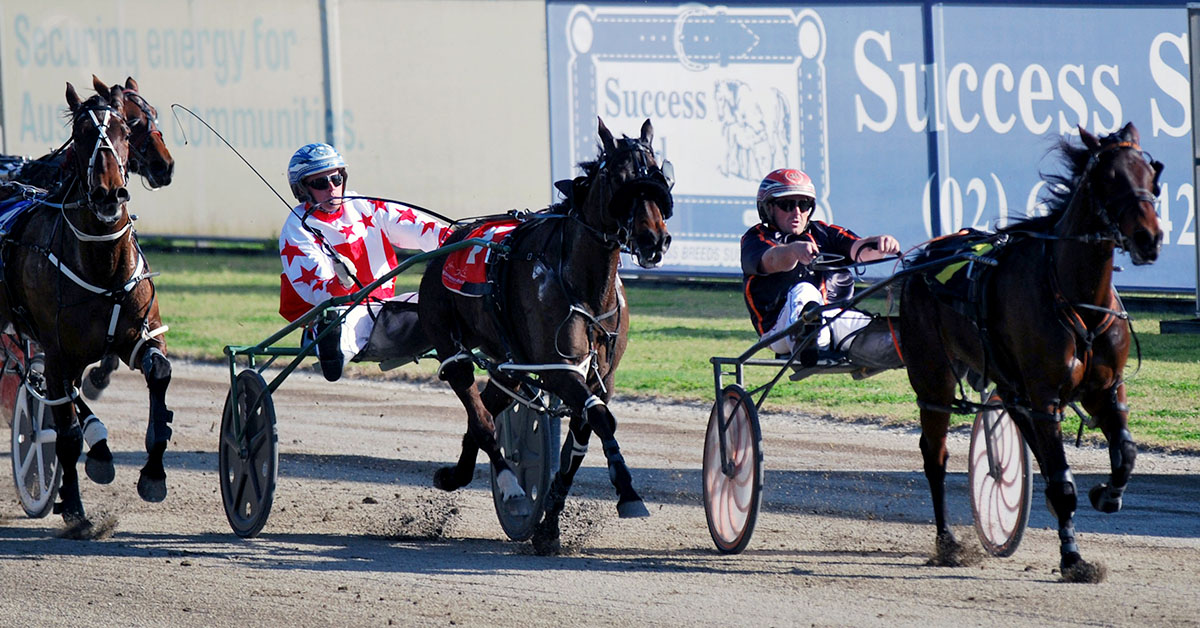 Jansson the start of a big day

WELL-BRED trotter Jansson hasn’t run a place in his only three starts this season. And the former Kiwi has had 29 of his 32...

WELL-BRED trotter Jansson hasn’t run a place in his only three starts this season.

And the former Kiwi has had 29 of his 32 race starts on the tricky Alexandra Park circuit in Auckland, New Zealand.

Yet punters are wary of the training talents of KerryAnn Morris and the driving ability of her husband Rob Morris as Jansson lines up for his first Australian start at Tabcorp Park Menangle today.

Despite the fact that 29 of those 32 starts have also been in standing start races, Jansson is an even-money favourite in early markets for Race 1, the C91.3 Trotters Mobile, after drawing perfectly in gate two for his Aussie debut.

It could be the start of a big day for the Morris team, which makes a habit of cleaning up on the ‘bread and butter’ midweek races at these Menangle meetings.

Morris will also have two well-backed commodities in Race 2, Torfino Mist (Rob Morris) and Gold Sovereign (Joe Moka), with both expected to perform well under the mobile conditions.

In Race 5 Morris will partner the disappointing Polished Rocks ($9), who may run an improved race after drawing gate two.

The ace team then have another favourite, Dark Energy ($3.25 equal favourite) in Race 6 with the good draw expected to improve the chances of the Bettors Delight-bred gelding.

The workaholic Morris then rounds out another big day at the track when he drives perennial money-earner Fat Prophet ($6) in Race 7 and Kleened Out ($7.50) in Race 8.

A 30-metre trial winner at Bathurst last month, Sonny Weaver looked the goods in two smart wins at Bathurst and Penrith earlier this year and has obviously been set for a first-up win with his searching trial victory at Bathurst.

The three-year-old is a winner of two of his six starts and has shown plenty of gate speed in both those successes and Amanda will be looking to go straight to the front from her wide gate and score an all-the-way win.

Preview: Globe Derby August 12
This could be a ‘Day’ to remember
Fitzy’s heading over the mountains
Callaghan back in town chasing a double
About author