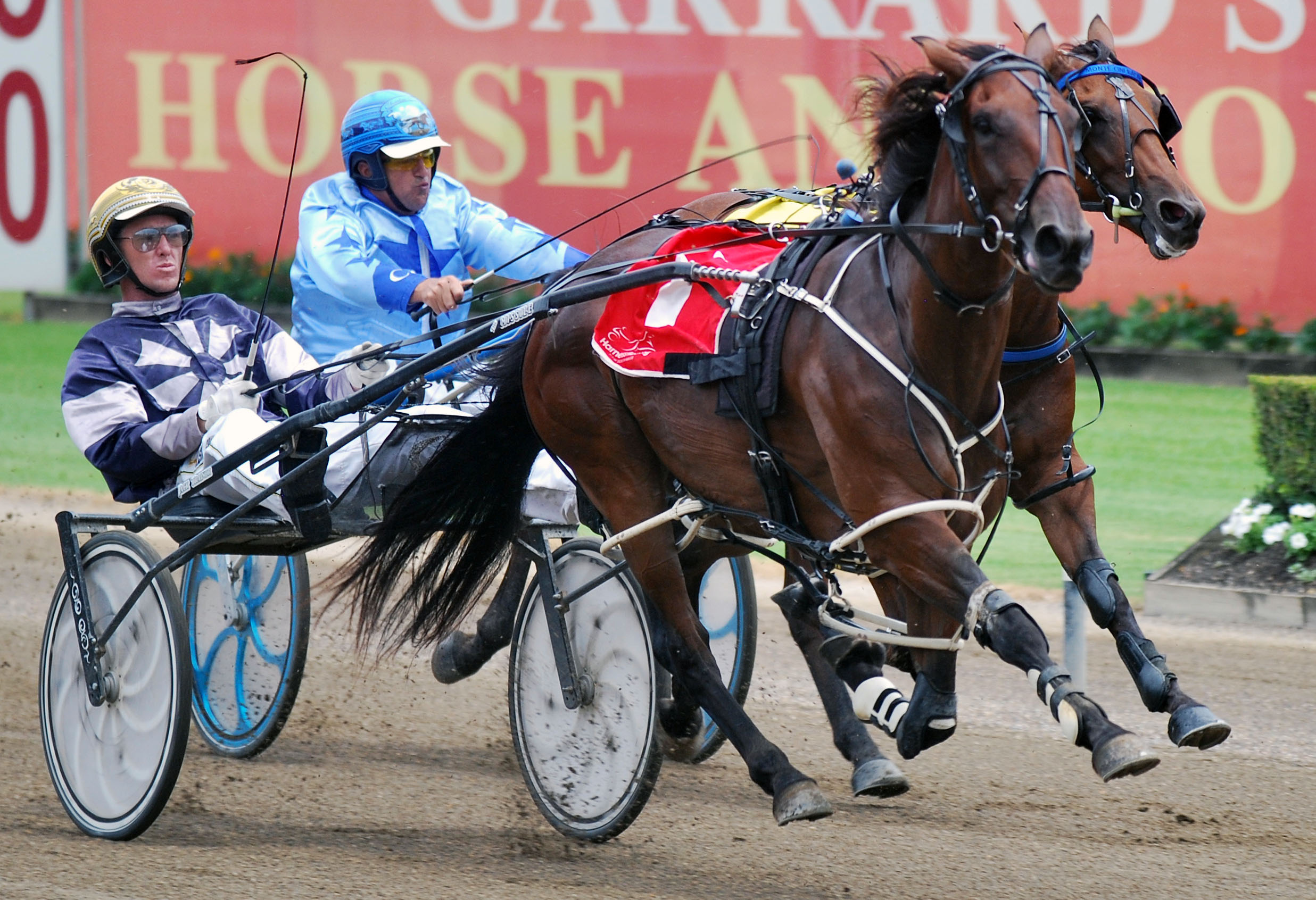 Jason Grimsonhas established himself among the top echelon of drivers in NSW.

Jason gunning for a treble

Grimson7 Penrith46
CAMDEN horseman Jason Grimson tries hard to fly under the radar when he goes to the trots as he quietly goes about his business...

CAMDEN horseman Jason Grimson tries hard to fly under the radar when he goes to the trots as he quietly goes about his business of landing winners.

Yet the former Riverina trainer-driver heads to Penrith tonight with bright prospects of a winning treble on the seven-race program.

Grimson will be aboard two early favourites at Penrith as well as another pacer bound to come in for some heavy backing.

The ace young reinsman should open the program with a win when he handles $2.50 favourite Red Terror for trainer Leon Jurd and part-owner and former HRNSW chairman Rex Horne.

The former Kiwi gelding is yet to win a race since crossing the Tasman despite some sterling efforts in the North Island before arriving at Jurd’s Menangle stables.

Since then his best efforts appear to have been at Penrith, where he has run a couple of eye-catching placings.

His record reads seven wins and 11 placings from 64 starts, which would suggest a win is never far away and after drawing gate five, Grimson should be able to make use of Red Terror’s gate speed and take up a forward position over the 1720m journey.

Grimson will be aboard another favourite when he drives veteran pacer Idle Hands in Race 3 for trainer Troy Williams.

Installed as a $4.50 equal favourite with Borders Man (Jack Trainor), Idle Hands is becoming something of a Penrith specialist and has picked up cheques at his past three starts at the western Sydney circuit.

Although he’s yet to win a race this season, Idle Hands has shown plenty of gate speed and Grimson would again be looking to take up a forward position from gate five and seems to run his best races over tonight’s longer journey of 2125m.

With 29 winners this season, Grimson has established himself among the top echelon of NSW reinsmen and will also have a great chance in Race 5 tonight when he takes the reins behind Dynamic Bromac ($5) for trainer Malcolm Locke.

Four runs from a spell should have this former Victorian gelding primed to show his best and with most of his recent runs being at Menangle, he should find Penrith more to his liking.

After drawing perfectly in gate two, Grimson should be able to take advantage of the gate speed Dynamic Bromac frequently displayed when he raced with the David Aiken stable south of the border.

The best bet of the night looks to be Blake Fitzpatrick’s talented mare Rise Above This, installed a short-priced favourite to take out Race 4, despite an awkward draw on the outside of the second row.

Grima’s watching and learning from the best
Perfect warm-up for the Breeders Challenge
Jonah having a ‘whale’ of a time
He’s proving a ‘Jack’ of all tra...
About author