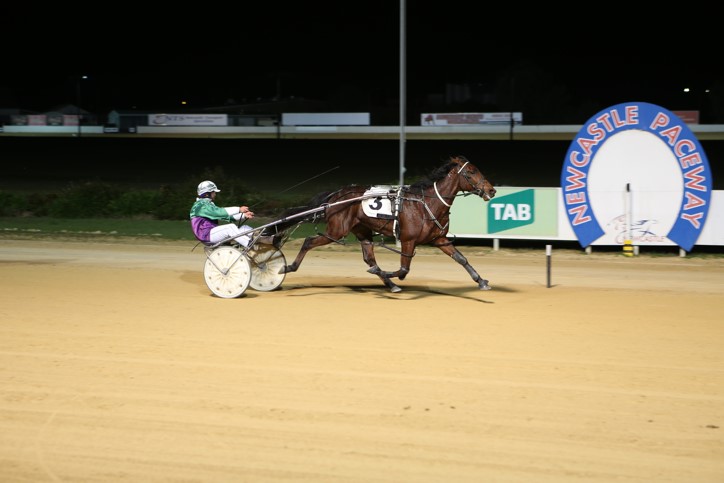 slider10
Proctor takes charge with a quartet! HE’S done it before and he will do it again! Hunter Valley reinsman Jason Proctor was in the groove with...

Proctor takes charge with a quartet!

HE’S done it before and he will do it again!

Hunter Valley reinsman Jason Proctor was in the groove with four winners at Newcastle on Saturday night.

One of those winners was for himself when Jay Kay A Flyin greeted the judge.

“I think I have done it twice before,” said Proctor.

Getting Lucky from the Paul Bourke stables was Proctor’s first winner on the night, taking out the McGuigan Wines Pace (2030m).

The Ifihadyourluck-Cairn O Mohr mare was making it the third win on the trot with Proctor handling the six-year-old mare in all three wins.

“She surprised me a bit – it was a step up in grade but she did the job well and handled the stronger grade,” said Proctor after the win of Getting Lucky.

“When a horse is going well and they have the will to win it helps a lot.”

The Peter Payne trained Pumpniron then won the Coca Cola Pace – win No. 2 for Proctor.

“His was a satisfying win,” said Proctor who is a practicing acupuncturist for horses.

“I have worked on this horse with acupuncture – he was a bit of a challenge for me but he has got wins on the board now – it is my goal to put horses in a better place.”

After racing three-wide around the field as the bell sounded, Pumpniron went on for a 14m win over Divas Destiny (Greg Andrews) with Halfway Holme (Daniel Morgan) a metre away third.

Two year old Elsie Gem then broke through for her first career win, making it win No. 3 for the night for Proctor and also a training double for Paul Bourke.

“I drove her last week when she finished second and I was impressed,” said Proctor.

“It’s always tough when the fillies take on colts but she did a good job – the week before was a good run as well, which was good for her confidence.”

The fourth win for the night proved a good one for Proctor as he bred and trains Jay Kay A Flyin and drove the Julius Caesar-The Spurs A Flyin gelding to his first win.

“He has been the trickiest horse to train,” said Proctor.

“He had a few issues when he was young but at the end of the day you are rewarded with a win.

“It couldn’t get much better.”

Over the years Proctor has achieved many premiership wins but at present only has the two horses in work at his Premier Lodge training complex at Sawyers Gully.