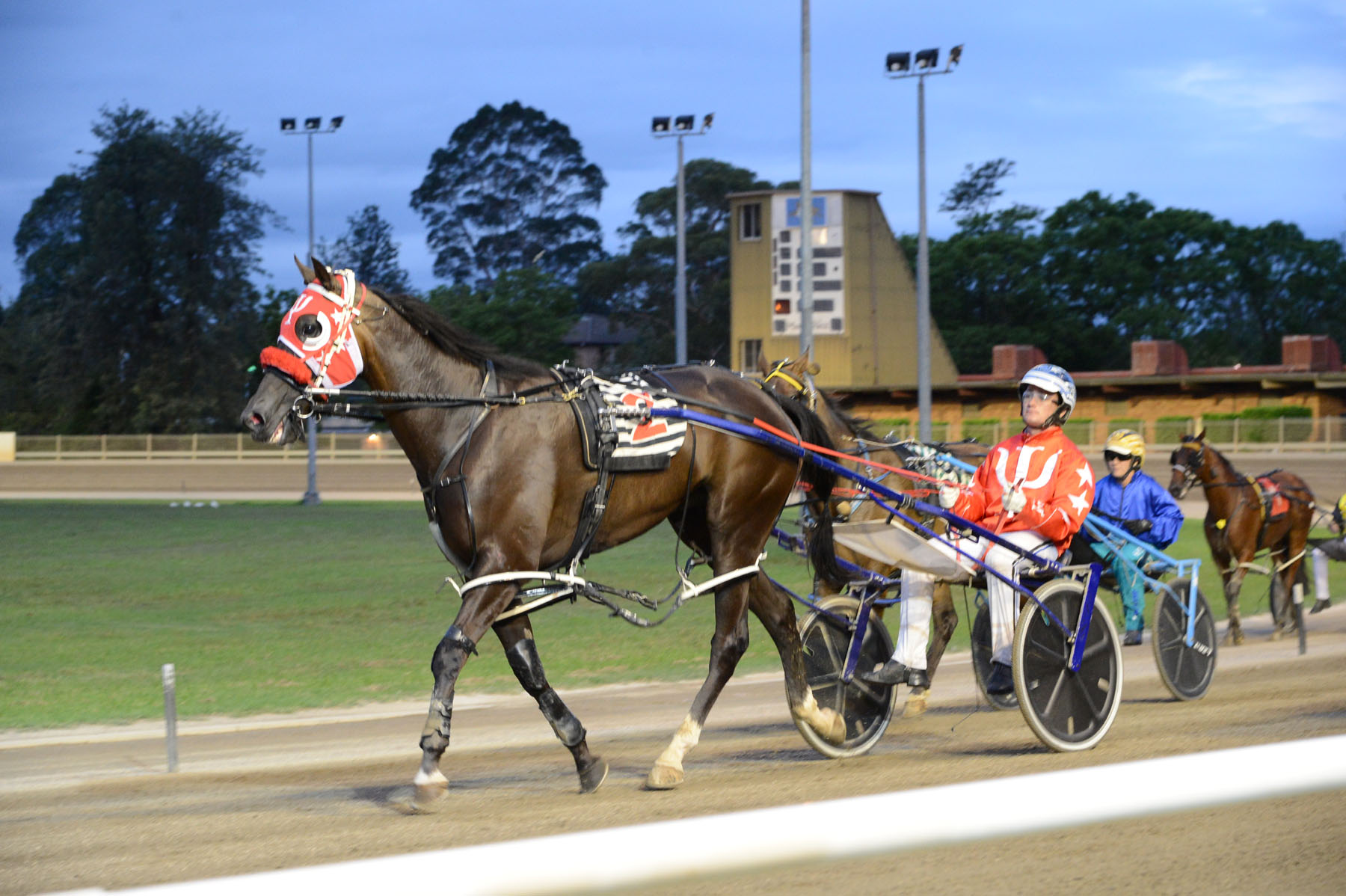 Hutchinson1 Penrith38
HE may be only 20, but Queensland horseman Jonah Hutchinson is already beginning to make his mark on the Sydney scene. The young trainer-driver...

HE may be only 20, but Queensland horseman Jonah Hutchinson is already beginning to make his mark on the Sydney scene.

The young trainer-driver landed a winner, Ohoka Johnny, at only his third drive in the state when successful at Penrith last week.

He obviously caught the eye of some of our big-name trainers as he returns to the western Sydney track tonight with five drives on the 10-race card, including beautifully-bred gelding Colossal Stride for Shane and Lauren Tritton.

Early favourite at $2.25 in Race 4, Colossal Stride, by Bettors Delight out of former champion mare Tailamade Lombo, will be having just his fourth run from a spell and gives Hutchinson a great shot at adding another win to his tally.

“Shane [Tritton] is looking after me and I’m trying to learn a bit more stuff before they head off to the US,” he said.

“I have been training a few in Queensland but at this stage I much prefer driving and hate it when I am suspended or miss any driving.

“I do find it a bit more professional down here in NSW and running last in a race down here is sometimes similar in money to running fourth or fifth at Redcliffe.”

Originally from Logan Village, Hutchinson has driven about 20 winners in Queensland, and wasted no time making his mark since crossing the border.

He bought his talented pacer Torque To The Max with him and the mare is already showing signs of improvement.

“Working her here at Menangle has really improved her,” he said.

“The long straight and the nice corners allows the horses to stride out and stops them hitting themselves and that sort of thing and they feel better about themselves.”

Hutchinson had a team of nine in Qld and is currently spelling four of them. He may consider bringing them down to set up a small stable here or look for work with another trainer.

“Whatever gets me the most drives,” he said.

“I’ve driven Colossal Stride in trackwork, and he worked nicely the other day so I just hope they don’t go too silly and he should be a good chance at Penrith tonight.”

Hutchinson drives Torque To The Max and Tactfully Magic for his own stable at Penrith as well as Colossal Stride and Yayas Hot Spot for Team Tritton.

Perfect time for ‘Fiveminutes’
Ryan ready to make his mark
A country boy thriving at ‘Headquarters̵...
Grimson aiming up for another Group One
About author