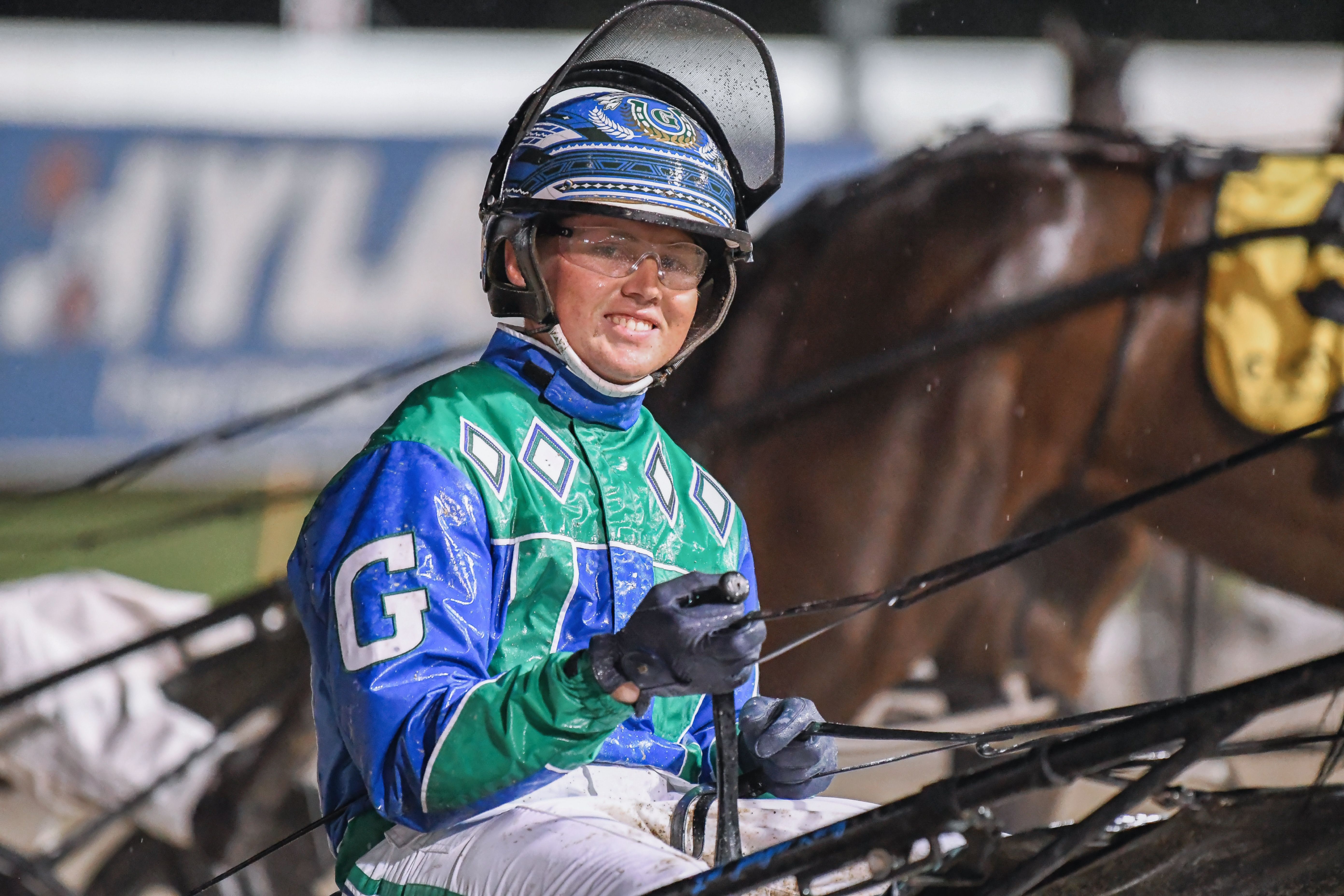 John Gallagher1 The Black Prince6
NEWCASTLE is on the quick ‘back-up’ this afternoon following a strong program at the International Paceway on Friday evening. And followers of the sport...

NEWCASTLE is on the quick ‘back-up’ this afternoon following a strong program at the International Paceway on Friday evening.

And followers of the sport on the Central Coast and in the Hunter Valley are coming down from the clouds after the region’s star pacer, The Black Prince upstaged his more fancied rivals to win the Group 1 Len Smith Mile at the huge odds of 80-1.

A Newcastle Mile winner in February, The Black Prince took his career earnings past the $450,000 mark after winning at Tabcorp Park Menangle last Saturday night for trainer Roy Roots Jnr and effervescent reinsman Robbie Morris, recording a career-best 1.49.9 mile rating in the process.

Morris is a regular at Newcastle and on Friday night landed a winning treble.

But while he is not driving at today’s meeting, his wife KerryAnn has four runners engaged on a nine-race program.

His best drive appears to be Drum Withers (Race Six) a pick-up drive from the Kevin Pizzuto barn.

The former New Zealander will be stepping out for the first time in Australia since last racing from Alexandria Park In New Zealand’s North Island, where he ran fifth.

The son of Mach Three won four races in the Shaky Isles and should be well served from barrier three this afternoon.

Several Sydney trainers are heading for Newcastle and look set to dominate.

Paul Fitzpatrick and Sean Grayling combine with Sioux Rainbow in Race 2 and the filly is dropping in grade from competing at Menangle and Penrith where last start she ran second after having a hard run.

The Sydney raid should continue in Race 4 with three-year-old filly Girl From Oz, which is trained by Darren McCall and driven by Chris Geary, and looks well-placed.

While her numerical form might not appear too appetizing, she is dropping back in grade here.

Joe Connelly and Seaton Grima have formed a successful combination during the past few years, winning many races in the Sydney area.

They will be looking to continue their good run this afternoon with Art Tutor, a son of Art Major, who is chasing a hat-trick of wins in the final event after back-to-back wins at Penrith.

It could be some Consolation for Morris and Roots
Morris happy to be in the box seat
Prince makes it all worthwhile for Tom
Peg-hugging drive makes Morris Prince for the nigh...
About author