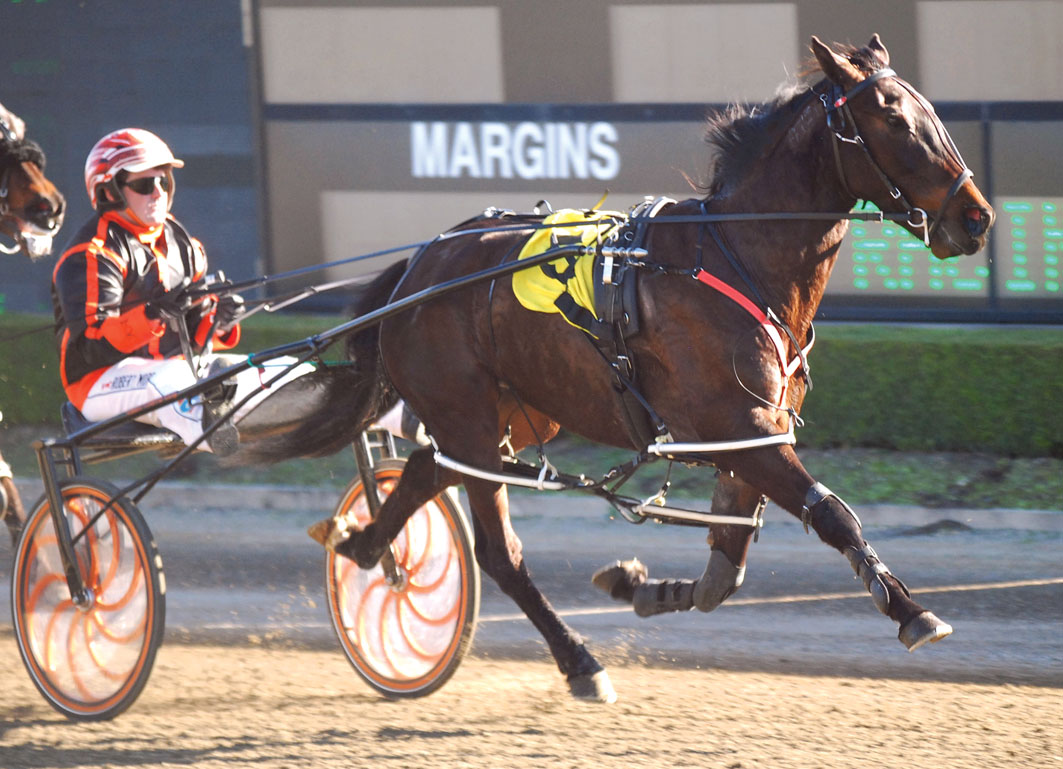 ALTHOUGH he is stepping up in grade at Tabcorp Park Menangle on Saturday night, promising pacer Celestial Arden is expected to comfortably handle the rise.

Successful at four of his last five starts – all at Menangle – Celestial Arden will compete against open company in the Group Three Starr Partners Campbelltown Pace.

Admitting the son of Rock N Roll Heaven is facing an acid test, trainer KerryAnn Turner is confident Celestial Arden is up to the task.

“He is stepping up in grade, but that’s the way the system is,” Turner said. “Everything we’ve asked him to do he has done and passed with flying colours and I can’t see any reason for that to change.

“I expect him to step up well and still be consistent.”

Drawn barrier nine, Celestial Arden is likely to be eased away from the mobile before his strong sprint is put to use during the latter stages of the 1609-metre clash.

With the removal of the emergencies, the gelding slots in gate seven.

“He’s quite a nice horse, which is a deadest sit and sprinter,” Turner said. “If pace is on he has that really good turn of foot.

“Over a mile, and with a bit of speed draw inside him, you would assume it will be a quickly run race, which will really suit him.”

Turner also has handy performer Condagen in the field, with the gelding drawn on his stablemate’s outside.

“He has been racing really well without a lot of luck,” Turner said. “He’ll be relying on luck again from barrier 10.

“He will need breaks to go his way, but he can certainly win with the right run.”