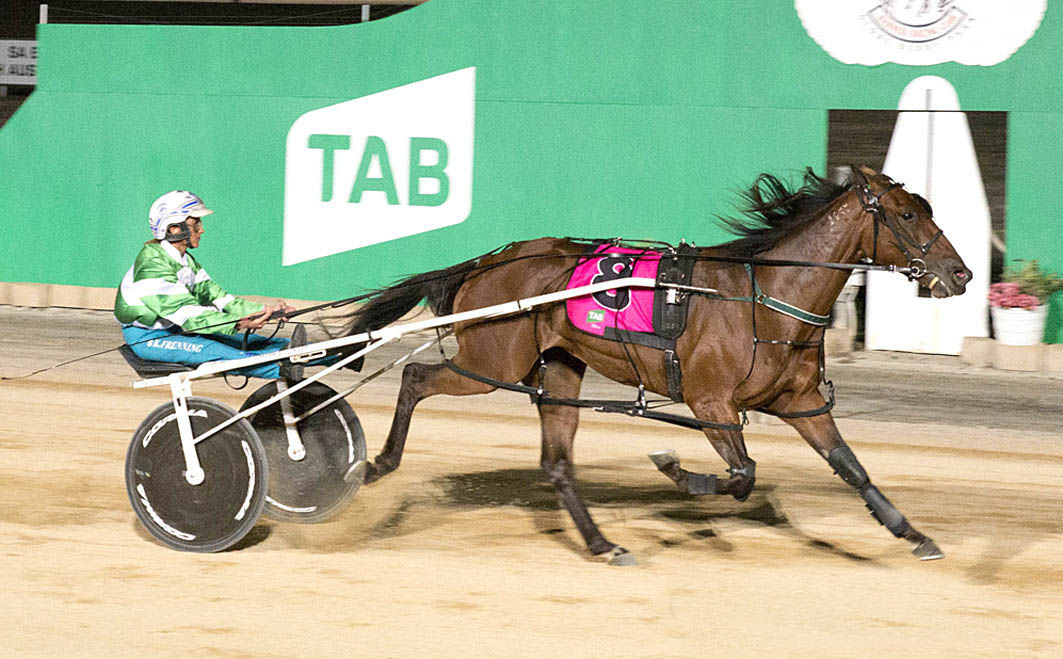 Just wouldn’t be the same!

GIVEN the results of the past decade it just wouldn’t feel like the Southern Cross series without one of Larrakeyah Lady’s descendants gracing the winners’...

GIVEN the results of the past decade it just wouldn’t feel like the Southern Cross series without one of Larrakeyah Lady’s descendants gracing the winners’ circle.

Larrakeyah Lady’s daughters, granddaughters and great granddaughters have continued her amazing legacy, with eight Southern Cross champions in the clan.

One of Larrakeyah Lady’s daughters – Lifeline – has a particularly strong connection to the event.

As of tonight, Lifeline is responsible as the dam, grand dam or great grand dam of six Southern Cross champions!

An unraced mare, Lifeline is the grand dam of outstanding filly Treachery, which completed a clean sweep of the futurity with her win at Globe Derby.

In doing so, the Emma Stewart-trained youngster matched a feat of her mother, Lovelist, which captured the 2015 Southern Cross Final as a three-year-old.

“It is an amazing family,” Stewart said. “Especially the fillies, which not only do so well on the track, they breed on after racing.

“Each year one of the mares just produces another nice two-year-old.”

After working forward to find the lead from barrier six Treachery was never seriously challenged on her way to a 14-metre win from Bettaminethanyours.

Dancing Finn fought on courageously to be a half-head away third after racing in the ‘death seat’.

Rating 1:58.7 over 1800 metres, the daughter of Captaintreacherous stretched her record to five wins and three seconds from nine starts for earnings of $116,691.

Treachery’s wins include the Group One The Allwood at the same venue last March.

“I’m extremely pleased with how far she has come this season,” Stewart said. “She’s proven herself against the best of her crop and showed her class again tonight.”