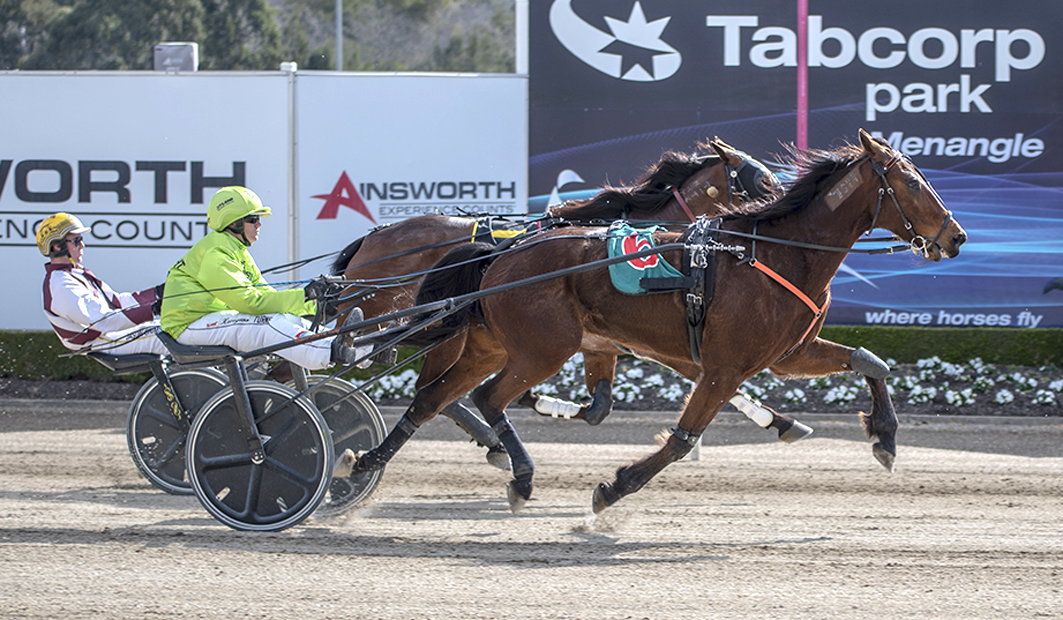 Keep cheering Number Six for a good cause

YOU wouldn’t expect to hear cheers all-round from those affected by the severe drought in New South Wales…unless it began to bucket down. Yet...

YOU wouldn’t expect to hear cheers all-round from those affected by the severe drought in New South Wales…unless it began to bucket down.

And the reason for the cheers is that each time the number six wins during the next month $1000 is donated to the Drought Relief Fund in this state.

That’s because New South Wales’ premier harness racing track, Club Menangle has vowed to donate $500 to the Race Against Drought campaign each time a number six wins at Tabcorp Park Menangle this month.

TABCORP was quick to add their support to the cause and has pledged they will also donate $500 for every winner wearing the new green colours and carrying number six.

Tygar and Joe Taaffe set the ball rolling last Saturday night when they scored as the first number six in this innovative plan to help out the farmers.

But Tuesday was awash with the number six green when four winners saluted in the eight races…not a bad average considering Nickelson  and A Passion For Aces – both number six – were scratched.

Agent Maori then added to the pot when the premier trainer scored with the first of the ‘Sixes’ at Menangle of the day, saluting as the $3.30 second favourite.

Two races later Blackened ($2.70 favourite) led most of the way to win with champion reinsman Luke McCarthy in the bike.

The meeting finished with a number six ‘charge’ as first Im The Director ($4.10) with Lauren Tritton in the bike scored in and Alpine Stride ($2.30 favourite) made it almost a ‘greenwash’ for the ‘Sixes’ by scoring for Darren Binskin in the last race of the day.

“It was the perfect way to launch the campaign,” said Club Menangle Chief Executive Bruce Christison.

“We have facilitated a major fund-raising race meeting on Saturday night to show our support for the farmers currently suffering from the drought.

“All proceeds from the meeting are going towards supporting the Dilly Drought Drive and Buy A Bale campaign. We have already received great support from local businesses and we expect the local community to get right behind it on the night for what is such a worthwhile cause.”

For the record, number six wins about 13.3 per cent of races run over the mile journey at Menangle and 14.3 per cent over 2300 metres…so those beginning from six are certainly beating the averages at the moment.

Time for Wolf to stand up and lead the pack
Tornado primed to blow rivals away
ID21: The Last Word – with Ko’cass and...
Good horses coming through the gates
About author