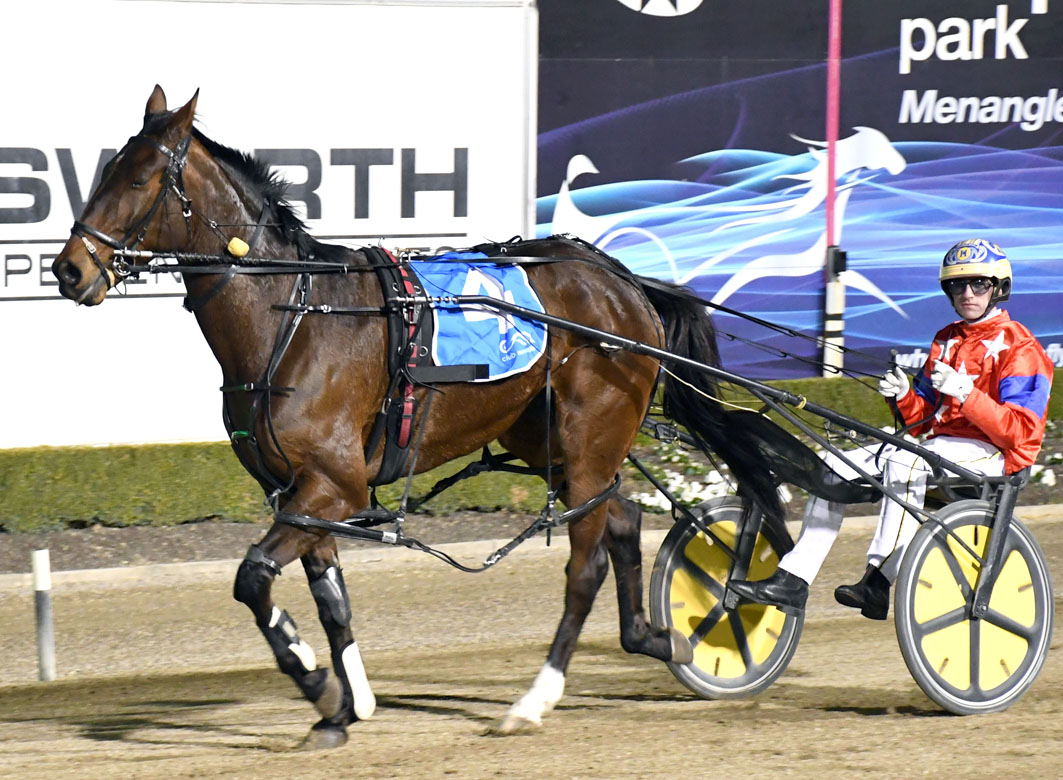 Keeping a lid on the excitment

DESPITE Loorrim Creek’s emergence as a feature race contender, trainer Shane Sanderson is trying to “keep a lid” on his opinion of the gelding....

DESPITE Loorrim Creek’s emergence as a feature race contender, trainer Shane Sanderson is trying to “keep a lid” on his opinion of the gelding.

Successful at his last three starts – and five of his past seven – Loorrim Creek completed his hat-trick against free-for-all company at Tabcorp Park Menangle last night.

The son of Rock N Roll Heaven was also among the placings during his other two outings.

“He is exceeding our expectations and doing a great job,” Sanderson said. “It was another good run, but we still don’t want to get ahead of ourselves.

“If he can measure up in a field like that a few more times, not just as a one-off, then I’ll be willing to get a little more excited with him.”

With Cameron Hart holding the reins, Loorrim Creek caused an upset when scoring by two metres from Tiger Tara, with Pachacuti a metre-and-a-half away third.

“On his current form I thought he was over the odds,” Sanderson said. “I guess he is still on the way up and a bit of an unknown quantity.”

With no major plans in mind for the five-year-old, Sanderson will continue to look for suitable races around the 1400-metre circuit.

“I’ll just keep ticking him over for a couple more races,” Sanderson said. “There is another race like last night in two weeks.

“After a couple more starts I will probably give him a break.

“Hopefully after that we can test the water to see if he can measure up to some of the better races.”