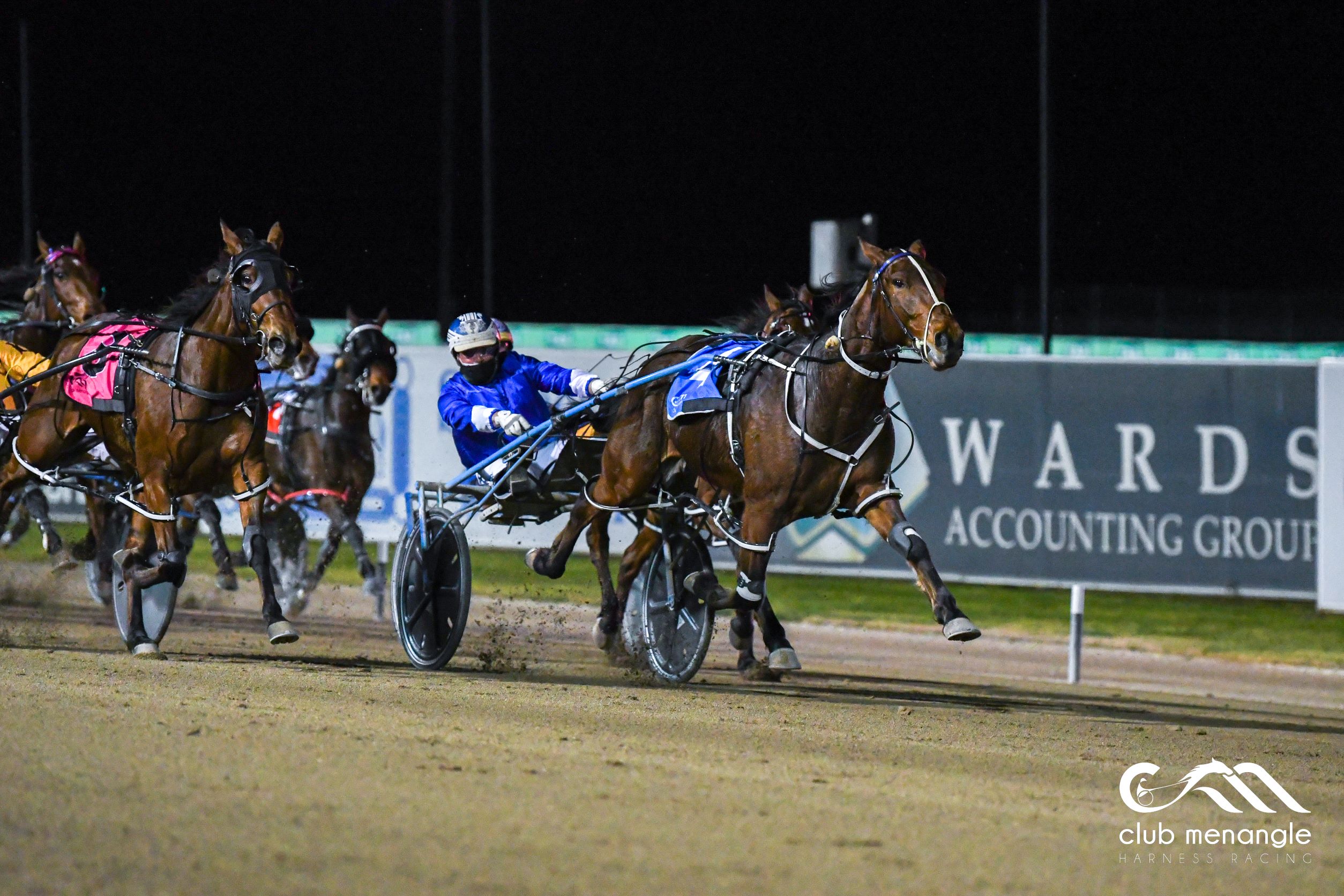 Keeping those ‘young guns’ in his sights

Ardens Ace1 Darren Binskin4
HE’S rightly regarded as one of the more ‘senior’ reinsmen competing at Menangle these days. Yet Darren Binskin admits he loves keeping the young...

HE’S rightly regarded as one of the more ‘senior’ reinsmen competing at Menangle these days.

Yet Darren Binskin admits he loves keeping the young guys honest . . . and also beating them as often as possible.

Binskin, the son of the late harness racing legend John Binskin, has had a resurgence of form in recent months and today will head for the south-western Sydney circuit with one of his busiest afternoons in months.

He’ll have five starters in the nine races, including a double shot at Race 7, where he will partner Watchmedazzle while he has called on Gavin Fitzpatrick to handle his talented last-start winner Ardens Ace.

Binskin has about 20 horses in work at the moment and admits he is as keen as ever.

“These young guys make you lift your game and it [winning] is a bigger thrill then ever and it’s just great to be able to be out there competing at the  moment,” he told HRNSW.

“I like to think I can still give them a run for their money.”

Yet one horse that still has Binskin guessing is talented former Kiwi square-gaiter Sekkie Monkey, who will start from the outside of the front line in Race 2, a standing start trot over the flying mile.

Binskin admits the former South Island (NZ) mare has taken a while to settle in at Menangle, maybe a little longer than he hoped.

Yet she has shown a good turn of foot and ran a mighty race at Menangle two weeks ago when a close third to Kyvalley Boomerang in Saturday-night class.

“She has a lot of ability but she’s a naughty monkey half the time,” he said.

“Down the track I think she will put it together but as for today? your guess is as good as mine.”

Binskin said he was fortunate that Emilio and Mary Rosati had given him a heap of horses, as had Tony Bertwistle and his wife Ali.

And even though he won’t drive Ardens Ace today, he does give him a great chance of success.

“Watchmedazzle can be a little bit naughty although the other fellow is a bit quirky too,” he said.

“Ardens Ace is probably my best chance, although the other fellow won’t be far away either.
“He’s a funny horse off the track but once he’s on the track he’s a 100 per cent racehorse.”

That was a drive the great ‘J.E.’ woul...
Bankstown’s dynamic duo still in the thick o...
Don’t write off a champion – when he&#...
About author