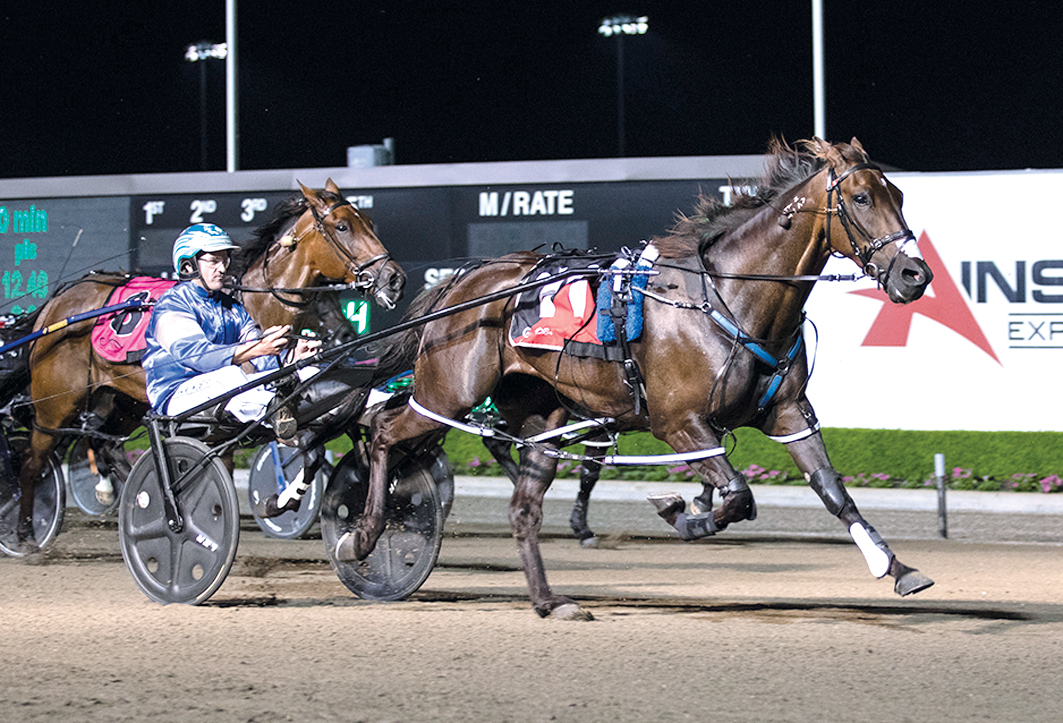 SATURDAY night’s Hondo Grattan Stake at Tabcorp Park Menangle is shaping as an intriguing affair. One of three qualifiers for the famed Chariots Of...

One of three qualifiers for the famed Chariots Of Fire, the Group Two has attracted a host of rising stars looking to seal their position in the February 16 major.

Last weekend’s The Bonanza in Melton was the first heat, with Poster Boy gaining a ‘golden ticket’ to the Australasia’s premier four-year-old event thanks to his first-up victory.

The third qualifier – Paleface Adios Stake – is scheduled to be run in Menangle next week.

As for the upcoming clash, Ashley Locaz is the short priced favourite for power couple Natalie Rasmussen and Mark Purdon.

Successful in 1:50.1 at the same venue last Saturday, Ashley Locaz’s quote sits at $1.85 with TAB Fixed Odds after drawing the pole.

“Our traders weren’t willing to take any chances on the favourite after its brilliant win last Saturday at Menangle,” TAB’s Andrew Georgiou said.

A sensational second in the Ballarat Cup a fortnight ago behind Ashley Locaz’s stablemate Theifxer, Rackemup Tigerpie is on the second line of betting from barrier four.

The son of Rock N Roll Heaven slots into two with the removal of the emergencies.

Another Purdon/Rasmussen hopeful, All You Need Is Faith is the third favourite at $8 from gate 11.

Adding a touch of mystery to the 1609-metre sprint is Ignatius, which is returning from a five-month break.

Send for a spell following his luckless Breeders’ Crown campaign last August, Ignatius was set to contest an open class event in Launceston four weeks ago, but was scratched due to a slight infection.

“He’s not far off being ready to start, but we wouldn’t knowingly start any horse that wasn’t 100 per cent right so there will be no risks taken,” trainer Todd Rattray said at the time.

Since then the son of Roll With Joe has been transferred to Rattray’s New South Wales-based brother James, where he had a trial at Menangle last week.

Although Ignatius faces an arduous task against a field of race fit opponents while drawing the outside of the front row, TAB has been cautious with the gelding which is at $9.

Such is the depth of the line-up, Picard, which boasts eight wins and two seconds from his last 10 starts is paying $26.

Scoring first-up in 1:51 from a six-month break last weekend, the son of Roll With Joe has drawn barrier nine for colourful trainer Kevin Pizzuto.