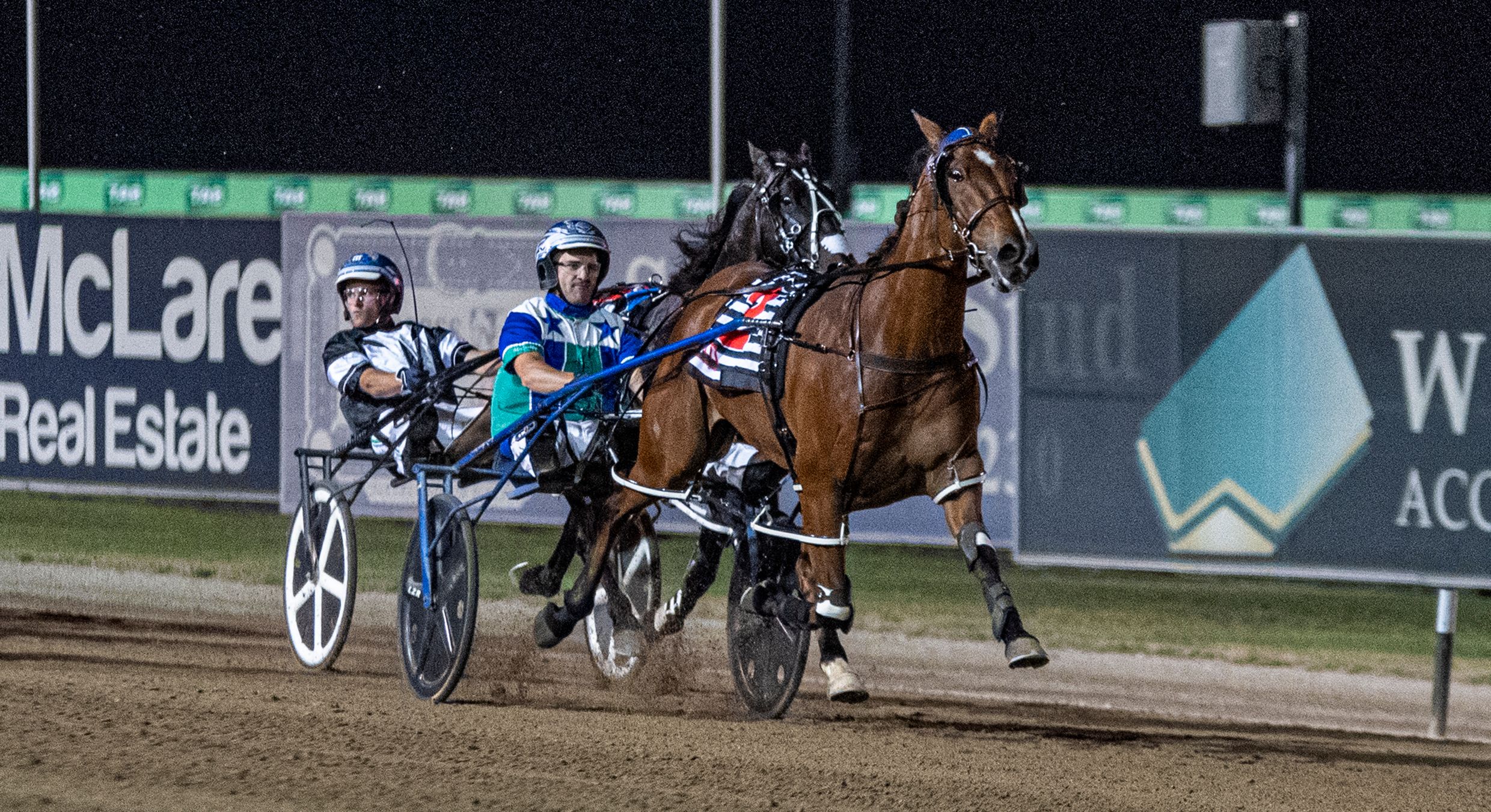 Alta Orlando should be the one to beat at Menangle on Saturday night.

King ready to climb the mountain

CHAMPION reinsman Luke McCarthy and his favourite horse King Of Swing may well be the pride of Menangle.

Yet McCarthy knows he has a mountain to climb this week after the NSW Horse Of The Year drew gate 12 for Saturday night’s $500,000 A. G. Hunter Cup at Melton.

That’s because there is almost zero chance of King Of Swing being inside of the favourite, Lochinvar Art in the big race after the Victorian star drew gate nine, which is two off the second row.

“Not the draw we were hoping for, that’s for sure,” said McCarthy.

“Hopefully, we can head down there and do NSW proud, but sitting outside of Lochinvar Art and beating him won’t be an easy task.

“We were hoping to draw the front line, but I can guarantee one thing . . . we will still be hard to beat.

“The horses drawn in gates one and two [Triple Eight and Alta Orlando] both have good gate speed but from 12, well, we’ll just have to put him into the race at some stage.

“Certainly, it is a massive task.

“He needed the run when he won at Menangle on Saturday night and he’ll be a better horse next weekend.”

The Belinda McCarthy stable have three runners in the Cup, King Of Swing, Alta Orlando and Star Galleria (gate 10) and the only good news is they don’t need to head to Victoria until Friday after being given the all-clear to arrive the day before the Cup.

Star mare Bettor Enforce, an impressive winner last weekend at Menangle, will also go along for the $100,000 Ladyship Cup.

McCarthy will today reveal who will drive the stable’s other two Cup runners but admitted Alta Orlando was back to his best form.

He will now leave it up to the owners to decide how they want the former Miracle Mile placegetter driven.

“If I was driving him, I’d probably be looking to take a sit, but that’s just me personally,” he said.

Meanwhile Luke heads for Menangle today with a couple of excellent chances at landing a winning double.

The premier reinsman will drive Muscle Factory, the shortest-priced favourite of the day ($1.20) in Race 5 for his wife Belinda and is also aboard last-start winner Lets Go To Brazil ($2.50) for trainer Michael Doltoff in Race 8.

Trainers line up to book the champ
Expensive way to steal the show
We always dreamt of winning one . . . now we have ...
First 200 metres will tell the story, says Luke
About author