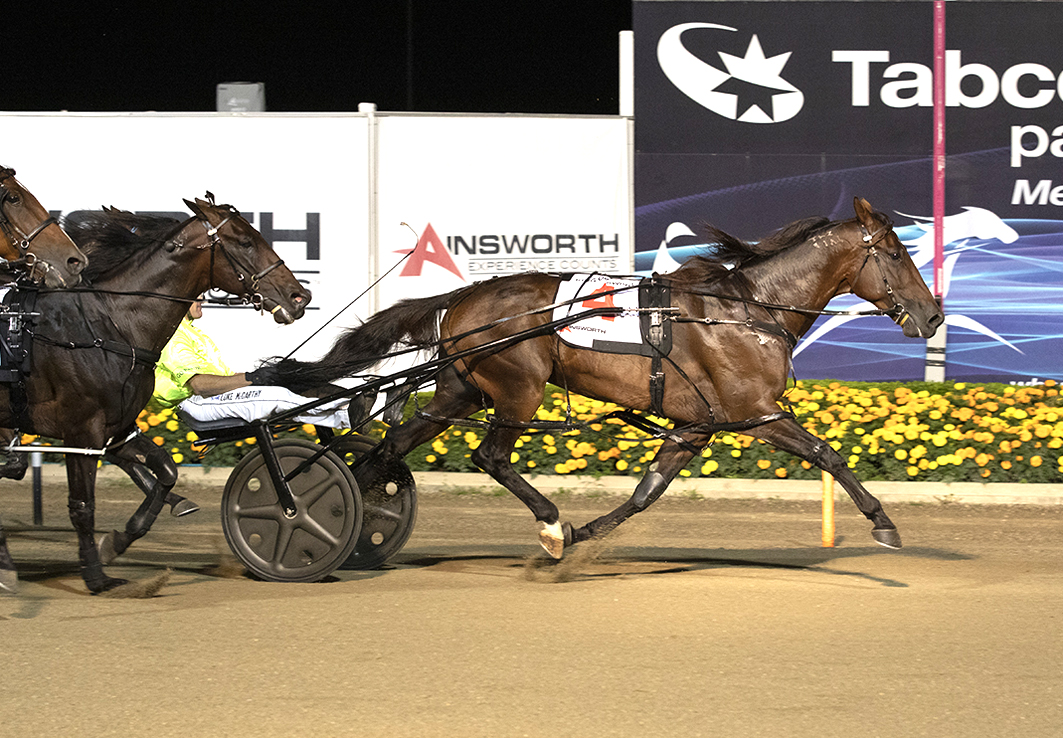 YOU could hardly call it a hoodoo…not when you are renowned as one of the champions of your sport. Yet star reinsman Luke McCarthy...

YOU could hardly call it a hoodoo…not when you are renowned as one of the champions of your sport.

Yet star reinsman Luke McCarthy certainly got a monkey off his back with a magnificent victory in tonight’s $1million Ainsworth Miracle Mile at Club Menangle.

Locally-trained pacer King Of Swing defied all the efforts of star four-year-old Lochinvar Art as he scored a stirring two-and-a-half metre triumph over the Chariots Of Fire winner.

Alta Orlando – King Of Swing’s Craig Cross-trained stablemate – was a head away third.

King Of Swing ran a stunning 1:48 mile to join an elite list of pacers to have won the Hunter Cup and the Miracle Mile in the same season.

McCarthy was always excited to be driving a pacer he described as a “machine”!

Todd McCarthy delivered the first surprise of the Grand Circuit event when he tore across from the outside draw to lead with Majordan.

No sooner had he settled there when McCarthy took on his brother with King Of Swing and found the front in a 28.8-second quarter.

He didn’t get much peacethough as Lochinvar Art kept at him for most of the race from the ‘death seat’.

“We always knew he had ability when he won a Derby in WA,” explained part-owner Glen Moore.

“Trainer Gary Hall recommended we send him over to Craig and Luke and we had confidence in their ability to run him around as we felt it could be an attitude problem.

“We thought the Cross and McCarthy team could rejuvenate him and they have certainly done the job.

“We’re pinching ourselves as to what this horse has done in winning three Groups Ones in recent weeks and the things this horse has not only done but may go on to do.”

McCarthy looked slightly stunned by his win: “Thanks for trusting me with the drive and Gary Hall for sending the horse.

“He knew how good this horse was and he wasn’t putting his best foot forward in WA.

“To give us a crack with him and to win the Hunter Cup and now the Miracle Mile, well it’s a dream come true.

“I’ve been trying for a long time to win this race so it is a special thrill to win it – at last.”

Modest plans despite breakthrough win
Plenty of time to educate those ‘youngsters&...
Trainor looking to land his own ‘quaddieR...
More interstate raids on the card
About author