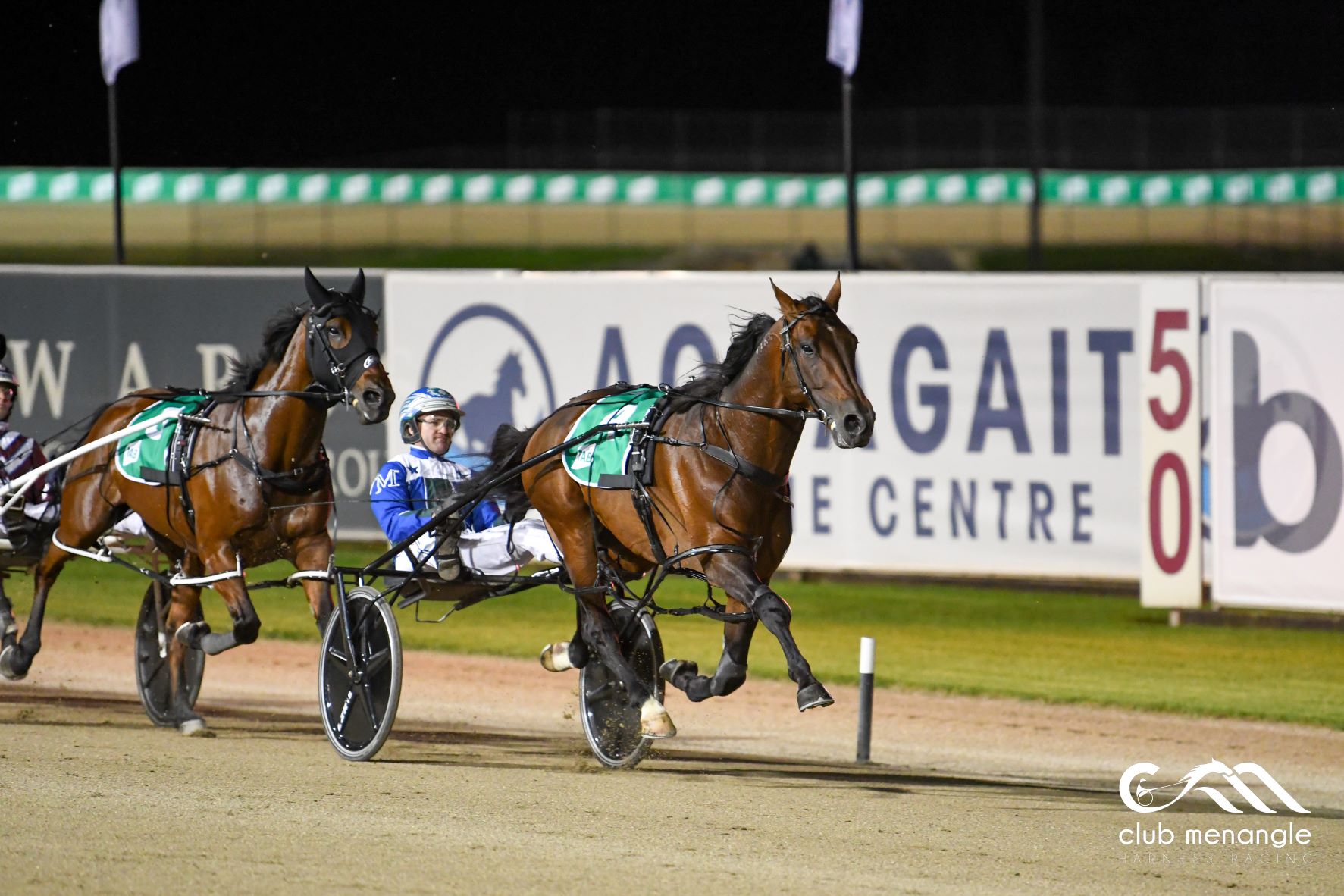 King Of Swing24
INTER DOMINION HEAT 1 HE’S been the series favourite right from the outset. And the Inter Dominion became one step closer following King Of...

HE’S been the series favourite right from the outset.

And the Inter Dominion became one step closer following King Of Swing’s easy victory in the first heat of this gruelling series at Tabcorp Park Menangle tonight.

Given the easiest passage that reinsman Luke McCarthy could have hoped for, King Of Swing cruised to an easy win over the Jason Grimson-trained pair of Majestic Cruiser and Boncel Benjamin with Arden Messi, who was first emergency for the series, grabbing fourth place.

Naturally McCarthy was ecstatic with the win.

“That was just great,” he said.

“We didn’t need to work too hard to find the lead and we got away with a fairly easy middle half, which really helped.

“He has had a tendency to switch off in his races a bit so I wanted to keep his mind on the job in the straight.

“King Of Swing is a funny horse like that, if another horse runs up to him you can feel him quicken up.

“But that was a nice hit-out and just what we needed.”

McCarthy explained that King Of Swing would see little of the track in between now and the two remaining heats.

“It will just be a bit of swimming and the water walker to keep him fit; we’ll keep him off the track,” he said.

“All we need now is a few good draws and a bit of luck and we should be there when it matters.”

Turning for home McCarthy released the brakes and it was over in a flash. Majestic Cruiser (Cameron Hart) came out of the pack to give chase and grabbed Boncel Benjamin (Jack Trainor) right on the line for second place while the winner rated 1:53.9 for the mile and a half journey.

As King Of Swing’s trainer Belinda McCarhy pointed out: “that was what we expected . . . it just doesn’t make it any easier”.

Major firmer but the King still odds-on
‘The King’ is back in town
NSW Horse Of The Year: What makes King Of Swing ti...
King sets his date with Miracle Mile history
About author