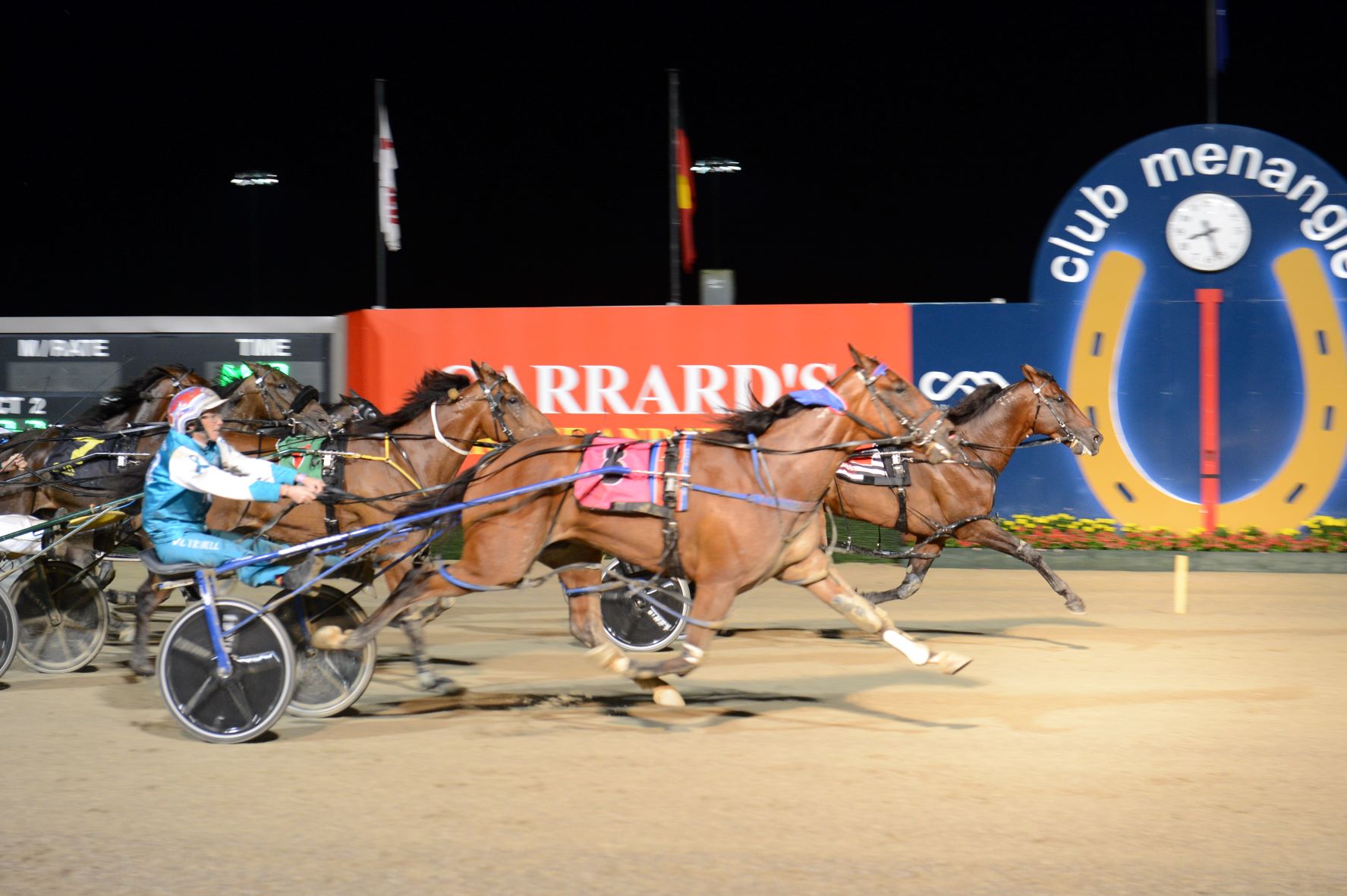 King Of Swing24
Race 5 ALLIED EXPRESS SPRINT THE date with history has been set. Two-time Miracle Mile winner King Of Swing will get his shot at...

THE date with history has been set.

Two-time Miracle Mile winner King Of Swing will get his shot at an unprecedented third win in our greatest sprint after a narrow, but impressive victory in tonight’s $100,000 Group 1 Allied Express Sprint at Tabcorp Park Menangle.

Left facing the breeze for much of the trip, the King fought on bravely in the straight to hold off the fast-finishing Bundoran (Amanda Turnbull), with Jay OK third (Gavin Fitzpatrick) third in a slashing 1:47.9 mile.

“I thought we’d lead but he’s gone as well as he ever as in winning like that,” said champion reinsman Luke McCarthy after a half-head victory.

“To sit parked like that and still hold them off was just massive.

“Yes, I was worried alright. I went up to have a look for the lead but Josh Gallagher (Boncel Benjamin) pulled the whip to hold, so I thought ‘well, we’re here now’.

“He just won’t let the others get past him.

“I thought Amanda might have got me out wide because had she been a little closer to us the King would have seen her and fought even harder to hold Bundoran off.

“But full credit to the horse; he’s just amazing.

“That win won’t hurt – it will probably bring him on,

“He’s such an athlete; he’ll be up for the challenge next week.”

‘The King’ is back in town
THE ‘SWING’ WHO WOULD BE KING
King serves up perfect opener
First 200 metres will tell the story, says Luke
About author